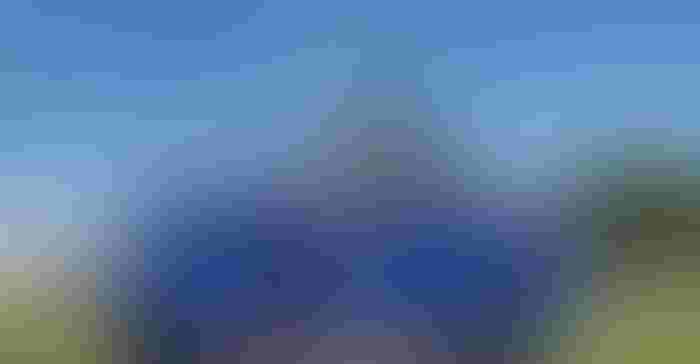 Program helps rural schools and their students flourish, enabling kids to learn by doing and have a firm understanding and grasp of research. Shelley E. Huguley

Texas A&M University’s Department of Agricultural Leadership, Education and Communications, ALEC, is working with rural schools to make sure the future offers as many opportunities as possible for Texas youth.

The rural school partnership and program is one Matt Baker, head of the Department of Agricultural Leadership, Education and Communications in the College of Agriculture and Life Sciences, Bryan-College Station, is extraordinarily passionate about.

Baker understands the importance of rural education firsthand, not just for students but for communities.

“I grew up in a small community close to where the Texas A&M AgriLife Research and Extension Service Center at Vernon is,” he said. “When I was in eighth grade, our school consolidated due to an inadequate tax base to fund it. Although most of my fellow students transferred into the larger school district in the county, some transferred into a district in the neighboring county, and the buildings were shuttered.”

Baker explained that it wasn’t just the end of the town’s school traditions and childhood friendships that resulted from that closing.

“It really was the death of an entire community.”

Saving rural schools and advancing rural education is a passion shared by Baker and his colleagues involved in the collaboration between Texas A&M and Roscoe Collegiate Independent School District.

A unique academic partnership started with a dissertation, which led to a research study, which then ultimately led to one rural school district rethinking the way its students were learning.

Kim Alexander, earned his doctorate in agricultural education from a joint program by Texas A&M and Texas Tech University. For his dissertation, he examined the effect of a problem-solving approach designed to spark creative thinking among students in the agricultural science program. This was a project near and dear to his heart; Alexander served as superintendent of Roscoe ISD from 2003-2019.

The study was advised by Baker, who was at Texas Tech at the time, and for Texas A&M it was led by Glen Shinn, professor emeritus and senior scientist, Norman Borlaug Institute for International Agriculture, Bryan-College Station.

The research focused on disadvantaged students to determine what could be done to not only better understand the ways that student’s best learn, but then implement the strategies and tools needed to boost the number of those students attending college and obtaining a degree.

The study served as a genesis for the small town trying to address the difficulties some of their economically disadvantaged students, who had done fine in school, were facing post high school graduation.

The understanding that came out of that research was taken to heart and put into practice.

“Once we had the results of the research from the project by Texas A&M and Texas Tech, we were then faced with ‘now you know, but what are you going to do about it’,”  Alexander said.

He said Roscoe was restructured to follow a Montessori model and to allow students to learn by doing and have a firm understanding and grasp of research.

“Roscoe is now being held up as a conceptual framework for rural school improvement, not just across rural parts of Texas but nationwide,” Baker said. “These other schools are now using the Roscoe framework and applying it to their local situation and needs.”

One of the initial obstacles at Roscoe ISD, common at many other rural schools, was that many students simply didn’t have the resources or understanding about how to pursue and prepare for higher education, as the students were often the first generation who might attend college.

Roscoe ISD utilizes a P-20 model, which means they work to support their students from pre-K through their post-secondary education. 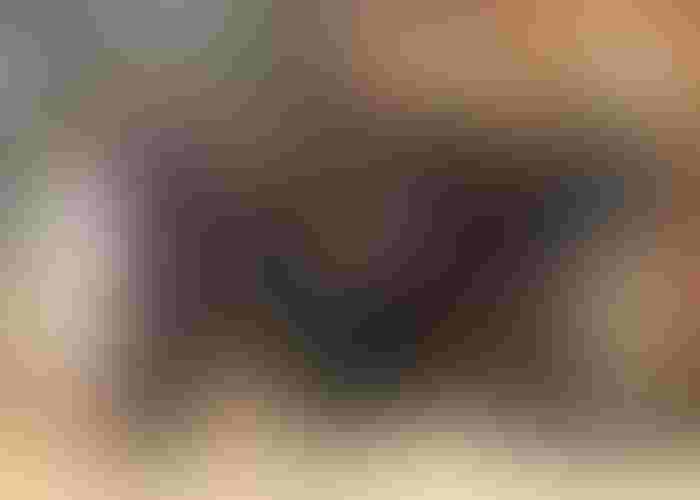 The stated goal of the Roscoe Collegiate P-20 System Model for Student Success is to: “…develop a collaborative, sustainable and replicable model for breaking the generational poverty cycle through higher education, through the early college program, while supplying critical agricultural STEM workforce shortage areas that will be critical to meeting the daunting challenge of feeding and clothing 9 billion people on the planet by 2050.”

Roscoe ISD students start on a college trajectory while still in high school. Getting this head start on higher education ensures more rural students end up with degrees and skills that they can, in turn, bring back to their communities.

It is hard for rural school districts to financially stay afloat in a declining tax base, Baker said. Changing the future socioeconomic outlook for students also addresses financial strain on schools and communities.

“The small school districts are the cultural capital of a community and aside from churches, you lose what binds a community together if you lose the school,” Baker said.

The fewer highly skilled citizens who leave rural communities and the more high-paying jobs, created through technology and innovation in rural communities, the better off the community economy.

The vast majority of Roscoe ISD’s students earn an associate degree before they even graduate high school. They also graduate prepared to do the jobs in demand today, with numerous programs to choose from. Roscoe ISD partners with universities, including Angelo State University in San Angelo, and community colleges like Western Texas College in Snyder, to make this possible.

The collaborative partnership between Roscoe ISD, ALEC and Western Texas College has been so successful that it was recognized with a Texas A&M Vice Chancellor’s Award in Excellence in 2017. ALEC’s involvement includes Darrell Dromgoole, AgriLife Extension specialist-program development, and Gary Briers, ALEC professor, both in Bryan-College Station.

Roscoe doesn’t just produce young adults better prepared to succeed and then hopefully return to be industry leaders in their communities after college, these students start giving back to their community while still in school.

Other programs at Roscoe are teaching students drone technology, which Baker said is also designed to generate economic development for the community. There is also work being done with robotics and wind energy, and a track to prepare the future teachers.

Roscoe features a full-time Texas A&M AgriLife Extension Service 4-H agent in place on campus. Starting from the third grade, each student is involved in 4-H-based research projects, which culminate with a year-long capstone project once the students are high school seniors. The capstone research projects help to create additional scholarship opportunities for students needing financial assistance with the completion of undergraduate and graduate college degrees.

“The power in the whole thing is people and relationships,” Alexander said.

The support of higher education institutions, private companies and non-profits worked together to make it economically feasible for rural socioeconomic disadvantaged students to earn a degree without going into debt.

Alexander said that relationship with many different facets of Texas A&M and others has been crucial to the growth and success of Roscoe ISD.

“We encourage our students to go to traditional college, if they can afford it,” Alexander said. “But if not, we can keep them in the P-Tech system here and, through the added support of our adult education program, they can get a bachelor’s degree while still at Roscoe.”

Two of the seven students currently in the adult education program have graduated early and the other five are all on the dean’s list.

“One of our graduates has been able to start her master’s at West Texas A&M while working from here at Roscoe, since she completed her bachelor’s so early,” he said.

Roscoe Collegiate ISD has become a conceptual framework of what ALEC hopes to see modeled at schools in each AgriLife Extension district in the future.

“We can look at academic gains, student participation and student growth as indicators of a program’s success,” Baker said. “While there is no one-size-fits-all approach to rural education, Roscoe is providing us a conceptual framework of what can be adapted to work at rural schools across Texas to make college education a reality for more students who might otherwise not have the tools or resources to advance and succeed at higher education.”

Baker said each rural school has its own unique needs. Other schools are finding success using the Roscoe format and then tailoring it to their own communities.

Some schools like Throckmorton Collegiate and Hamlin Collegiate are already in place, while others are in developmental stages.

Alexander continues to be involved with Roscoe through his role as co-founder and chief executive officer of Collegiate Edu-Nation, a nonprofit that helps rural school districts find success based on the model developed at Roscoe.

“Students can be wildly successful, regardless of their background, if we can put the right support system in place,” Alexander said. “As the fastest-growing state in the nation, we are gaining about 1,000 people a day but about 900 are disadvantaged. We are working to change the outcome for the future of our youth and Texas.”