Illinois Director of Agriculture Jerry Costello’s resume is nothing short of impressive. But what is he most proud of? Defending the country as a U.S. soldier.

DIRECTOR OF AG: In February 2020, Jerry Costello was appointed to his current position, as director of the Illinois Department of Agriculture.Photos by Betty Haynes

As Illinois’ director of agriculture and a veteran of the first Gulf War, Jerry Costello is no stranger to service.

A southern Illinois farm kid at heart, Costello says growing up, he spent every other weekend with his grandfather on his family’s farm in Sesser.

“My father’s family was Catholic, and my mother’s family was Baptist, so one Sunday I’d be at Catholic Mass and the next Sunday I would be at Baptist Sunday school. I joke that I’ve been working both sides of the aisle all my life,” Costello says with a laugh.

Costello credits his time in Mass and Sunday school plus his Midwestern upbringing for his diplomacy.

“I think I have a personality type for getting things done and working with others regardless of if they’re Republican, Democrat or independent,” he says. “It’s about doing the right thing for your constituents.”

In 1989, Costello joined the Army and served in the 82nd Airborne in the first Gulf War for the next four years. 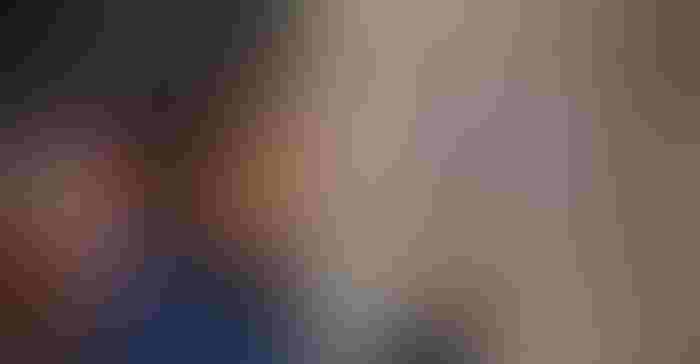 “The military opened me up to understanding diversity more than anything I had experienced up until that point in my life,” Costello explains. “Especially going to war and being in foxholes with different people, you realize that we’re all similar in many ways. It taught me to concentrate on what we have in common versus our differences.”

“My best friend and godfather to my youngest daughter, Edwin Daza Chacon, was killed in action in 2006,” Costello says. “Losing someone that you’re so close to when defending our constitution and freedom is something that has shaped my life and decision-making.”

In his office, Costello keeps a photo from 1990 of himself, Daza Chacon and Lieutenant Alan Shumate overseas. Daza Chacon was a Colombian immigrant who went to war before becoming an American citizen. Upon returning to the U.S., Daza Chacon took his citizenship test and officially became a U.S. citizen.

“In my opinion, the real test was serving in the U.S. Army, defending our country at war,” Costello says. “It wasn’t the written test.” 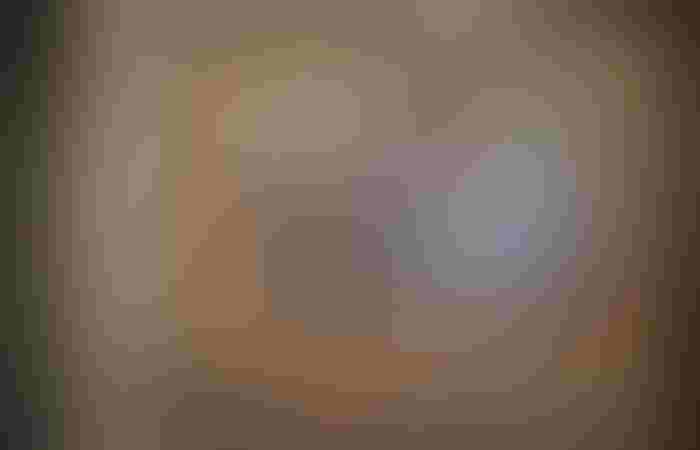 After the Army, Costello served as a police officer for seven years and did a stint in the financial industry. Then in 2011, he was appointed to the 116th District state representative seat, where he chaired the Ag and Conservation Committee in the House of Representatives for over five years. In February 2020, Costello was appointed as director of the Illinois Department of Agriculture, where he has served ever since.

Shortly after taking the reins at IDOA, the COVID-19 pandemic hit.

“You have to improvise, adapt and overcome — it’s from the military,” Costello explains. “It’s a mental state that you have to be in. Regardless of what is put in your way, find a way to overcome it and get things done.”

Krista Lisser, IDOA public information officer, says this has been the department’s rallying cry through the pandemic’s tumultuous years. She adds that Costello brings a smile, an open-door policy and a family atmosphere to IDOA, regardless of the circumstances.

“We try to do things as a team here, where everybody’s respected for what they bring to the table,” Costello says. “We all have a job to do, but family always comes first.” 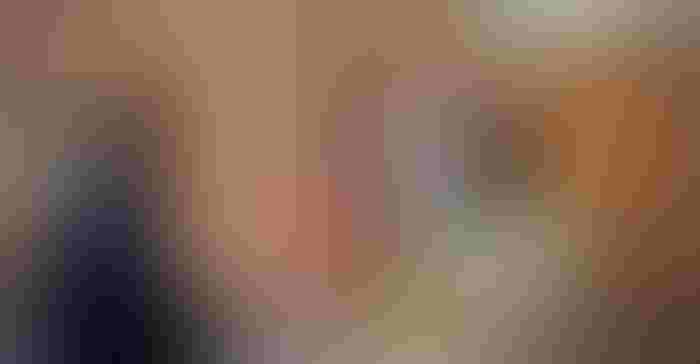 He took some time to talk with Prairie Farmer.

Why is agriculture important? Agriculture is the No. 1 industry in the state of Illinois. Ag has a $19 billion annual economic impact that contributes over 300,000 jobs to the state’s economy. Illinois is the No. 1 producer of soybeans in the country, the No. 2 producer of corn, No. 4 producer of pork, No. 1 in pumpkins and No. 1 in horseradish. I think what people need to understand is that agriculture is a partnership between both producers and consumers — without both ends of the equation, neither works.

What do you wish more people knew about Illinois ag? What makes Illinois so unique is that our transportation system is in the middle of the country. Our river system is not only the most economical way to transport, but also the most environmentally friendly. And how our interstate system connects logistically with the rest of the country is just amazing. Plus, Chicago is both a rail and air hub for the United States. I don’t think enough people really think about the goods that go through the state of Illinois. About a quarter of all goods in this country at some point go through the state of Illinois.

What does the future look like for Illinois ag? The future of agriculture in Illinois is phenomenal. If you look at what occurred during the COVID-19 pandemic, agriculture proved to be incredibly resilient. Americans aren’t used to seeing empty shelves at the grocery store, so people understood the importance of ag more than at any point in my lifetime. Consumers became focused on where their food came from, local relationships were highlighted, the need for processors was emphasized, and farmers markets grew tremendously. From a networking perspective, these points can be expanded on from this point in time forward.

And the biggest challenge for Illinois ag? There are inflationary challenges on the near-term horizon. Input costs are also concerning. The fact is that the economy in general is much more of a global economy than it’s been in years. I think that’s something that we can see from the Russia-Ukraine war. When looking at the marketplace from a grain perspective and a fertilizer standpoint — once you take that off the global economy shelf, it has to come from somewhere. 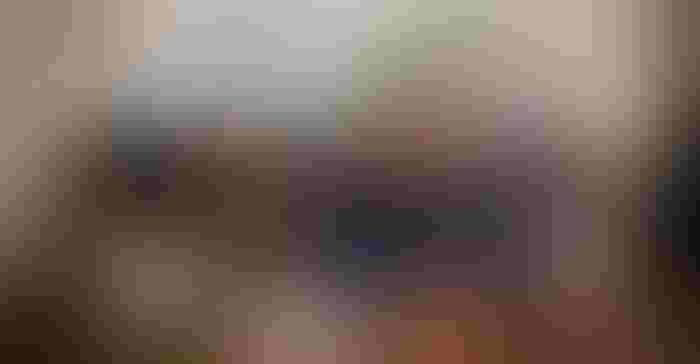 What do you do in your free time? Hunting and being outdoors is my decompression time and where I can connect with myself the most. It’s relaxing for me to hunt, spend time outdoors and work on the farm. And it’s about family time. I hunt with my mother, who is 73 years old, and my daughter, who just turned 24. For most people, their connection with God and nature may be church. Mine is being outdoors. I say a prayer every time I get in a deer stand and every time I leave.

What do you want your legacy to be? IDOA will now be covering the cost of FFA membership for all Illinois students enrolled in ag classes. Last year alone, Illinois FFA membership increased from 24,000 to 37,000 students. Increasing FFA membership in Illinois by over 50% will have a lasting impact on the future of agriculture far after I’m gone.

What advice do you have for future generations? Concentrate on where we agree more than disagree, and on what we have in common more than what we don’t.

What’s your idea of perfect happiness? Being with my family.

What qualities do you most admire in a person? Honesty and integrity.

Which living person do you most admire? My father, because of his ability to accomplish so much by bringing people together as a congressman.

What is your most treasured possession? My best friend Edwin’s dog tags that I received after he was killed in action.

What motivates you? What I leave behind when I’m gone. What does not motivate me is money.

What is your favorite spot in the whole world? Our family farm in Sesser.

What is the best piece of advice you’ve ever received? Be true to yourself. And my maternal grandfather would say to think about what you’re going to say, because once it comes out, you can never take it back.

Do you have a favorite team? Being Irish Catholic, I grew up a Notre Dame fan. From the time I was 8 years old, I had gone to a Notre Dame game every year until I went to the Army. And I have two daughters that attended undergrad at the University of Alabama, so I became a Tide fan. But I’m a Southern Illinois University grad, so the Salukis are my absolute favorite team.

What song do you listen to the most? I play “You Can’t Always Get What You Want” by the Rolling Stones for my kids the most. George Strait and Rolling Stones are my go-to’s.

If your mother wrote a book about you, what would it be called? “Keep the Faith.” That’s how I ended every letter when I was at war. I was on the front lines, and she was obviously scared to death. And because I was witnessing devastation of seeing the trials, tribulations and pain people go through in war.

What talent would you most like to have? Playing an instrument.

Favorite tractor? Farmall H because that’s what I learned to drive on.

Favorite livestock? My grandfather had Herefords, so they have a special place in my heart.

Favorite book? “A Look at Life From a Deer Stand” — it relates life and your time in nature to the Bible. I read it every year.