Over the last 12 years, the world's population has grown by one billion, which means increased competition for land, water, food, and other resources. Agricultural productivity will be challenged to meet those needs. 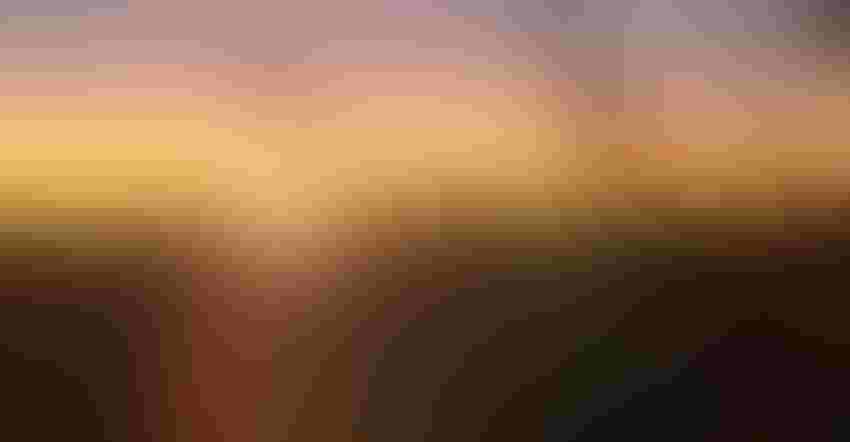 As population growth continues and the demand for resources with it, agricultural research scientists and crop specialists are working with farmers across the globe to identify production problems so they can better meet future needs.Shelley E. Huguley

The world’s population hit a milestone, 8 billion souls, on Nov. 15, 2022, according to a report from the United Nations.

The population grew by one billion over the last 12 years and estimates indicate the number will hit 10 billion around 2040.

“It is going to be important for agriculture to continue to improve production practices so we can meet the demands of that growing population,” said Aaron Smith, Extension economist with the University of Tennessee Institute of Agriculture, Knoxville.

“I think we have the capacity in the United States to meet the demands for improvements in food production with better use of resources — land, fertilizer, fuel, water, all those things.”

Cliff Lamb, director for Texas A&M AgriLife Research, College Station, said efforts must focus on future needs while trying to solve some current problems. “We try to solve today's issues, but for the most part, we're trying to solve issues that are going to hit us five to 20 years from now,” Lamb said. “We need to look to fundamental work that will  change agricultural systems in the future.”

Smith pointed out that much of the population growth will occur in developing nations.

“Where that population growth occurs makes a difference, especially from a consumption outlook,” he said. “A lot of growth has occurred in India and some Southeast Asian nations, and Africa is a large driver. In those areas, population growth will result in increased consumption just to sustain nutritional requirements.

“A huge difference exists in commodities and products that are consumed for countries seeking to meet basic nutritional requirements and countries that are building or expanding the middle class.”

Kemerait said lack of per-acre productivity is common in Africa, as well as Haiti, the Philippines, and other developing countries. “Limited inputs, including seed supplies, fertilizer, mechanization, and water all limit production,” he said.

He also said importing American production techniques will not always solve problems in these countries.

“We can’t go in and say, ‘do like we do,’” he said. “Many people in these regions depend on labor from the land. Too much mechanization too quickly, for instance, results in loss of jobs, especially for women, who do a lot of the farm labor.”

He added that “mechanization absolutely increases productivity. But people have to be able to afford food, so they need the jobs.

“I have seen a lot of small farmers who lack inputs, infrastructure, education, and mechanization needed to increase productivity and profit. But they can’t depend on doing what we do. It has to be a process.”

“We are fortunate in the U.S, that we're in a food surplus set of circumstances,” Smith said, “but other areas of the globe obviously are not. That provides incentives for increased production from places like the U.S., Brazil, Russia, Western Europe, and Eastern Europe.”

A lot will depend on political issues, he said. “We have the capacity to meet food requirements; it's a question of making sure that we continue to evolve production practices and environmental stewardship.”

“Our food systems are global in nature,” Lamb said. “Consider the impact the war in Ukraine and Russia has on our agricultural systems. It’s a perfect example of the impact of disruption in an area where a significant part of the global production of fertilizer takes place.

“That conflict affected production systems in the U.S. It increased input costs significantly —at the very least it's doubled, but in most cases, it was triple to almost four times what it was a year ago, simply because of disruption to the supply chain. We have to talk about resilient food systems on a global basis.”

“How do we manage the impact that agriculture has on the environment?” Kemerait asked.

He said whether folks believe in climate change or not, evidence indicates increases in severe weather phenomena—droughts as well as an increased number and increased severity of storms. “All of that has an impact on agriculture.”

He added that regardless of the region, developed or not, agriculture must “attract the best and the brightest to solve the problems of producing more food on limited acres while minimizing the environmental impact.

“These problems are global,” Kemerait added. “And we have to find out how to get good people recruited in agriculture. If we do not address that, how will we find ways to feed and clothe people?”

“Rather than trying to figure out where we can get more fossil-based fertilizer, why don't we develop more resilient plants that require less nitrogen, less phosphorus, and far less water? We’re working on those things now.

“When you look at the technology available, we're advancing scientific knowledge much quicker, at an exponential rate compared to where we were 20 to 50 years ago.”

“Desert plants survive in arid conditions because they make do with less water,” he said. “They have adapted to close leaves up during the heat of the day to reduce evaporation. Identifying those genes and inserting them into food and fiber crops can reduce water use, perhaps 50% to 70%.

“These are the types of things that will change global production systems. These technologies were not available to us until recently.”

Smith said population growth, combined with climate change, may necessitate changes in where crops are grown.

“We will see some evolution in where certain things are grown. A lot of models  predict land use change; we might see more vegetable production in some locations to meet demand, for instance.”

“I'm not in the business of predicting weather or climate, but something can be said about intensification of some weather events,” Smith said. “In Tennessee, we're above typical annual rainfall, but the timing matters. There was severe drought in June and July and intense rainfall events in February and August. Is this something that could result in a shift in cropping enterprises or production timing?”

In addition to increased numbers, he said per capita or per family incomes also affect demand. “The amount of expendable income is increasing. Globally, the middle class is growing. People will want more land for homesites.

The solutions will be complex.

“I don't think the answer will be a one-system-fits-all,” Lamb said. “Regenerative agriculture will play a role, offering opportunities to improve soil quality and grow crops or raise livestock in places that traditionally would not allow that.”

He said rotations that include crops and livestock may increase per acre productivity.

Technological advances, Lamb added, will allow producers to be more efficient with available resources. “They can use less water but achieve higher outputs.”

He said robotics, artificial intelligence, and data technology will determine when to plant, when to spray herbicides and pesticides, how and when to fertilize and when to harvest.

“A lot of farm decisions will be out of the hands of humans,” he said.

“Programs like the U.S. Agency for International Development (USAID) and others help find solutions to improve productivity.”

He said agricultural research scientists and crop specialists work with farmers across the globe to identify problems. “We can sometimes recognize what they cannot, things like pH, soil health, and poor variety selections,” he said.

“We work together across the globe to identify and solve production limitation problems. Colleagues around the world are doing outstanding work identifying factors that limit production.”