The grand flag stretches to a whopping 3,200 square feet in Newport, Ark. 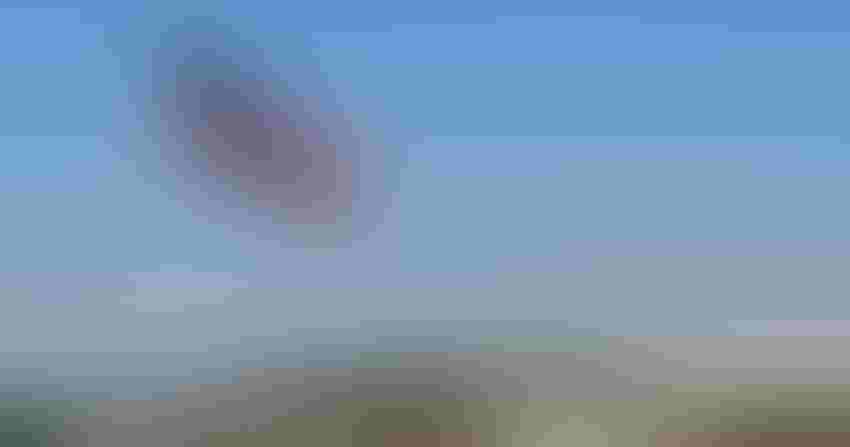 A symbol of American liberty is making a big impression on an agricultural community in the Delta. This display sits right off U.S. Route 67 near exit 83 at the forefront of Greenway Equipment Company in Newport, Ark.

Old Glory was raised this past summer at the company’s flagship location. The grand flag stretches to a whopping 3,200 square feet. It is a beauty to behold, and is still the talk of the town.

For 35 years, Greenway has served farmers and residents of the surrounding area.

Bill Midkiff, president of Greenway Equipment Company, said the opening of the new store and its position alongside highway 67 provided the perfect opportunity for the remarkable display.

“Newport is our first location, since the business was acquired by John Conner, Jr. in 1988.

“When we had the opportunity to build the new facility, we really wanted to do something to recognize Newport and Jackson County. Being right on the interstate, we thought it would be a great way to show patriotism and bring attention to the community where the company started.”

There are flags at other Greenway locations, but Midkiff noted, “This is by far the biggest one.”

The flag has been a vision of businessman John Conner, Jr. for the past two decades. His team agreed it would be a great demonstration of respect to our country and an investment in the community they serve.

The stars and stripes were raised in ideal timing on June 13, 2022 – one day before the observance of Flag Day and two days before the grand opening of the new facility.

With a hoist width of 40 feet and a fly length of 80 feet, the flag can be seen from miles away. It instantly drew attention from locals and interstate travelers.

Midkiff recalled the reaction from the community when the flag was raised. Both Conner and Jesse Gates, store manager of Newport Greenway Equipment Company, talked about the response as well.

“When we first put it up, John, Jesse and I got all sorts of texts, pictures, and phone calls. Everyone wanted to come out and take a picture. It was a big deal,” Midkiff said.

Conner concurred, “I am still shocked at the number of calls that continue to come in every single day about the flag.

“People are enjoying it. I think it makes a statement for Newport, our veterans, our farmers, and all the people here in Jackson County,” he said.

Travelers passing by have specifically stopped in to pay their respect.

Gates spoke of two men who visited the facility soon after the red, white, and blue was raised.

“Two senior gentlemen stopped in to say they did not know who was responsible for that flag, but they wanted to express their appreciation and gratitude.

“One of the men, who appeared to be a veteran, began to cry. It was a very touching moment for all of us, and it moved some in the room to tears.”

This grand display comes with a sizeable responsibility, and the team at Newport Greenway is dedicated to ensuring it receives proper care and respect.

An electric winch inside the 130-foot flagpole is used to briskly hoist and ceremoniously lower Old Glory.

Designated onsite employees are responsible for lowering the flag to half-staff when alerts are received. It is also taken down during inclement weather.

Wind naturally causes wear to the flag, and high gusts can fray and tear the edges. At six-week intervals, the displayed flag is taken down and sent to a flag company in Little Rock for maintenance, repair, and trimming.

Gates said, “Sometimes the flag will even pop as it whips in the wind. Every time it pops, it rips just a little bit. We do not want the damage to get over 10 to 12 inches. That way it can be repaired.

“A flag can be repaired ten times before we have to retire it,” he added.

With maintenance and care, he estimates retiring and replacing about four flags per year.

“We place a four-by-four pallet box in the back of a truck. We back the truck all the way up to the pole, so the flag will never touch the ground. As the flag lowers, one person operates the winch while another person feeds the flag into the box.”

Two flags are in operation, so the stars and stripes remain in flight in front of the facility.

“When we are ready to install the new one, that takes three people,” Gates said. “One to operate the winch, one to attach the flag to the pole, and another to feed the flag out of the box.”

The U.S. Flag Code says, “The flag represents a living country and is itself considered a living thing.”

It is indeed alive and flying high in northeast Arkansas, surrounded by acres of farmland in a deep-rooted agricultural community.