My Favorite Tractor: A 1950 model spends 70 years as a favorite at Koepke Farms. 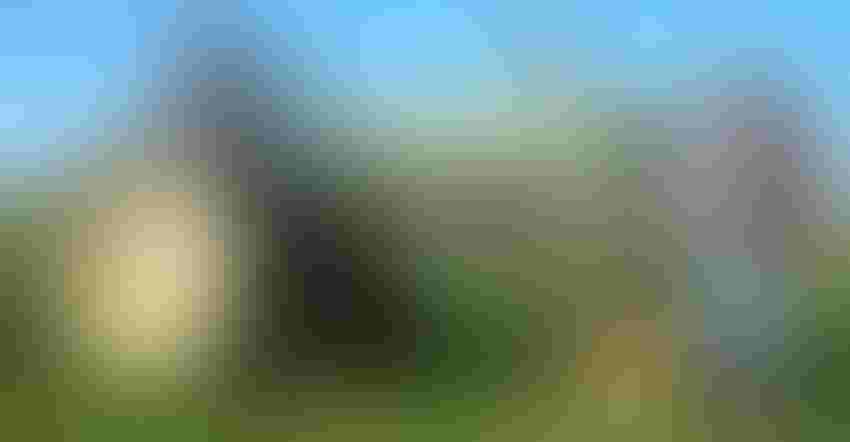 Mr. Reliable — that’s a perfect description for a model John Deere A tractor that still handles chores with gusto on its 70th birthday. It was early spring of 1950 when Harvey Koepke traded in an older A and purchased a new one off the showroom floor from Maule Implement in Oconomowoc, Wis. Since Harvey had taken on more custom work with a John Deere 116W wire baler, he needed a more capable machine that featured a slower low gear to handle heavier and larger windrows.

“With a rating of 26 hp on the drawbar and being the largest tractor on the farm, the A was used for most of the heavy-duty work chores, like plowing, disking, picking corn and baling,” notes John Koepke, Harvey’s grandson. “It was also perfect for spreading manure in the winter because the wheels were able to glide over snowdrifts rather than through them. Early on, Grandpa even entered a local pulling contest, because the A had a distinct advantage with its slow ‘creep’ gear and would easily defeat larger tractors.”

Manufactured between 1934 and 1952, the A was John Deere’s first true row crop tractor, replacing the GP, and the first model from the factory with rubber tires. It also had an adjustable wheel tread and a one-piece transmission case. With the ability to change the tread width, any side draft could be eliminated, so steering was much easier for the operator.

By 1957, Harvey’s son Jim had learned to drive the tractor and operate a two-bottom plow. In the 1960s, a power block was added to boost horsepower and handle a three-bottom, 16-inch plow.

On July 4, 1996, an unforeseen accident nearly knocked the A out of commission. While the tractor was being used to blow chopped hay into the barn, a fire started. Jim and his brother Alan immediately wrapped a chain around the mounted cultivator and yanked the A away from the flames as melting tar began falling off the roof. Even today, several black spots are still visible on the hood.

During the 1970s, the A operated the farm’s first total mixed ration mixer. After switching over to power steering, the power block was removed and rebuilt. In the next decade, the tractor was used to pull forage boxes, move irrigation equipment and complete lighter jobs.

When farming practices changed in the 1990s, the Koepkes reattached a cultivator and tried banding herbicides. However, a switch to continuous no-till ended this practice. Since 2000, the A helps transport irrigation pipes, pull wagons to fill the corn dryer, operate grain augers and move a fertilizer-starter container at corn planting time.

“The A has always been dependable, and I would estimate has toiled over 30,000 hours on this place,” John says. “It’s ironic that a farmer 20 miles away owns the same model with a similar track record, and the serial number, 61423, is only one digit after ours.

“This Deere is truly our favorite tractor. As another decade begins, hopefully the fifth generation will take on an active role in this enterprise. I’m confident old Mr. Reliable can lend a helping hand and continue to embrace the heritage of Koepke Farms.”

Persinger writes from Milwaukee, Wis. To have your favorite tractor featured, email or send in a photo of yourself with your tractor, along with a 300-word write-up about the tractor, to: [email protected] or Wisconsin Agriculturist, P.O. Box 236, Brandon, WI 53919.