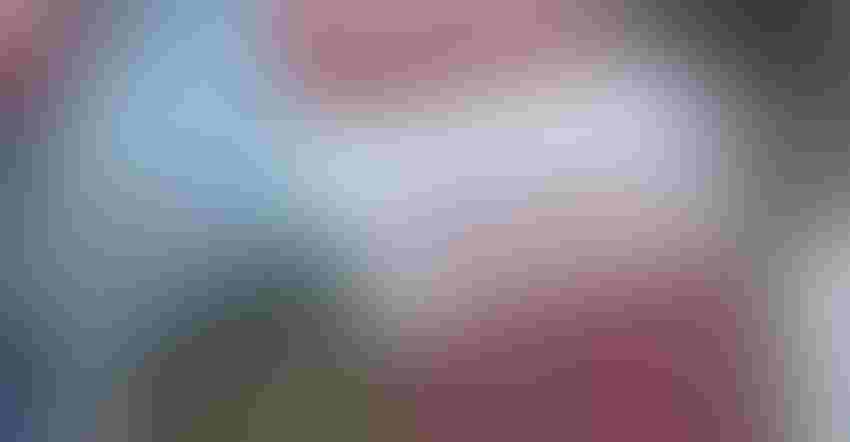 This year, frozen turkeys are expected to be more plentiful than fresh, but it takes several days for them to thaw properly.Texas A&M AgriLife Extension Service photo

While prices have risen for turkey – the No. 1 consumer choice for a holiday meal entrée — they have also increased for other potential holiday meat entrees consumers may choose in lieu of a gobbler, according to Texas A&M AgriLife experts.

While the number of fresh turkeys may not be as plentiful this year, there do appear to be a larger number of frozen ones available, he said. However, a frozen turkey typically requires several days to properly thaw, so consumers need to accommodate the extra time when planning their holiday meal.

“However, some perspective is useful,” Anderson said. “At a 20-cent-per-pound increase over last year, a 16-pound turkey would be $3.20 higher than last year,” he said. “In that case, a turkey may not be a bad deal for the family celebration.”

Some consumers may be looking at alternative meat entrees for their holiday celebration, Anderson said.

As far as alternatives go, beef and pork supplies are actually in much better shape than they were a year ago, said Davey Griffin, AgriLife Extension meat specialist in the Department of Animal Science, Bryan-College Station.

“There should be plenty of hams, prime ribs and steaks for consumers to purchase,” Griffin said. “However, all of these have gone through substantial price increases.”

According to the National Pork Board, 24% of individuals consume ham as an entrée at least one time during an average two-week period. It is estimated that approximately 318 million pounds of ham is consumed on Christmas, which puts it squarely into second place as the nation’s most popular holiday meats.

U.S. Department of Agriculture data shows ham, pork loin and other pork products should be generally available for the holidays, but these, too, have undergone price increases and consumers should be prepared to pay more than last year.

Anderson noted wholesale ham prices already indicate there may be some substitution planning going on.

“Spot market wholesale hams were $1.01 per pound last week compared to $0.53 per pound last year at the same week,” he said. “This indicates the expectation of a higher-than-normal demand for ham.”

“Wholesale rib-eyes have begun their seasonal price increase that builds to Christmas before falling off,” he said.

Both Griffin and Anderson noted there have been some specials on steaks and roasts now that the weather has turned cooler, which may help consumers to expand their menus if they prefer to serve something besides the traditional turkey.

Roast chicken may also be an attractive choice for as a holiday entrée, especially if there are fewer guests or if supplemented by an additional meat item.

The Nov. 4 Broiler Market News Report from the USDA noted whole broiler/fryer prices are trending steady and supplies are moderate for current needs. It also noted retail and food-service demand was moderate, processing schedules were normal and floor stocks were sufficient to meet consumer demand.

“The turkey industry and egg industry have been hit harder by avian influenza than the broiler industry,” said Audrey McElroy, professor and head of the Department of Poultry Science Bryan-College Station.

McElroy noted the chicken industry typically benefits during more austere or financially uncertain times because chicken is consistently lower in price than other popular meat proteins.

After a decade of rapid expansion to meet high demand, the industry ramp-up has been so successful that prices have been dropping. For example, spot wholesale prices for boneless, skinless breast meat reached a record high of about $3.50 in May, then dropped precipitously to under $1 per pound this October.

McElroy said this drop in price is likely the result of a combination of lower consumer demand combined with greater overall availability of chicken.

Additionally, according to the USDA, the price of Cornish game hens has also gone down – from $2.87 per pound last year to $2.80 this year.

“With a strong supply and continued global growth in emerging markets, chicken continues to stand out as a less expensive option for an appealing source of protein for your holiday meal,” McElroy said.

Moisture was 60% short, but some widespread rainfall helped the region. Some areas saw their first freeze of the season. Many farmers were finishing up planting thanks to recent rainfall. Overall range and pasture conditions were 45% poor and overall crop conditions were 60% fair. Rescue grass, wheat and oats were emerging. Winter ryegrass came up and was off to a great start. The pecan harvest was moving along. Livestock were in fair to good body condition as producers continued to feed hay and other supplements.

Rain in the region helped winter wheat conditions, but there were also some killing frosts. The majority of the wheat had emerged and looked mostly good. Recent rains brought about the emergence of late-planted wheat. No stocker cattle were placed on wheat because of the late emergence. Pasture conditions remained very poor. Cotton harvest was underway with yields to date at lower-than-desired levels. Supplemental feeding began on most cattle operations. Some hay was baled to add to lower-than-average hay supplies, but quality was lacking. Most cattle producers were feeding hay and the rest will likely start soon. Cattle were in decent shape.

The weather was warm and humid with some scattered light showers. Soil moisture conditions varied, and many pastures and fields were drying out. Fieldwork continued with some plowing up of beds. Some fertilizer was being applied where moisture was sufficient. Some producers were having problems with armyworms in winter forages. Hay feeding of livestock continued. A few areas had a second cutting of hay. Livestock producers were weaning calves and culling cows. Pecan harvest continued with yields expected to be sporadic.

Some rain was received but many ponds and creeks remained low. Some counties had their first hard freeze. Pasture and rangeland conditions varied from very poor to good. Subsoil and topsoil conditions were adequate to short. Winter forages and vegetables were struggling due to lack of rain. Many producers were relying on already short hay supplies for supplemental feeding. Livestock were in fair to good condition with supplementation taking place.

Some counties had their first hard freeze but there was little overall moisture throughout the region. Most winter wheat had emerged, but more moisture will be needed in coming weeks to make a crop this winter. Farmers were stripping cotton and the majority will be finished harvesting before Thanksgiving. A few cattle were grazing early planted winter wheat. Most cattle were being supplementally fed.

Some of the region received a little much-needed moisture, but dry conditions persisted. Overall range and pasture conditions were poor as were overall crop conditions. Corn and sorghum harvest continued. Cotton harvest was progressing behind freezing temperatures. Winter wheat was still being planted. Early planted wheat that was irrigated had stocker cattle on those acres.

Soil moisture was adequate for most of the counties due to end-of-week rains. Nighttime temperatures dropped into the low 30s. A freeze affected some counties and had a major impact on warm-season plants. Warmer days early in the week helped the wheat crop. Winter crops were looking good in some counties. Rain brought a halt to some fieldwork and warm weather is needed to complete planting. Almost all cotton acres were plowed up. Livestock conditions were good. Some stock tanks began to refill, and streams and creeks were running well again. Producers were on the alert for Hessian flies.

There was a significant drop in temperature, with lows in the high 20s and low 30s at night and from the mid-50s to low 60s during the day. There was no rain, but many areas reported their first frost. Cotton harvest continued with variable yields; it was nearing the end and should be completed in a week to 10 days, depending on the weather. Reports said it was expected to be one of the smallest crops in 40 years. Wheat was growing slowly and nearly dormant. Pecan harvest was almost ready. Cattle were being supplementally fed with more supplemental feeding expected. Area cow-calf producers continued their shipping seasons with an excellent crop of calves.

Warm days and cool nights were the norm. Recent rains helped, allowing wheat and pastures to green up. Stock tanks were still in dire need of runoff water. Wheat planting continued with good emergence. Cotton harvest continued at a slow pace. Some pecan harvest began. There were a few reports of armyworms, but the recent freeze likely broke the insects’ life cycle. Livestock producers were completing fall shipping, and the amount of supplemental feeding increased.

The weather was dry with a few scattered showers accompanied by a cool front. Stock tanks were low or dry. Wheat planting was halted in some areas due to dry conditions. Seasonal grasses, broadleaf weeds and volunteer crops were beginning to establish in the dormant cultivated fields. Rain helped rangelands improve in areas where it fell. Supplemental feeding of livestock continued. Hunting season was underway and deer hunters reported harvested animals were still in good shape, but antlers were down in quality.

There was cold weather with pockets of rain. In some areas, shorter days and lower temperatures helped relieve drought conditions. Soil moisture levels throughout the region ranged from adequate to very short with short being the most common. Ryegrass was beginning to come up. Some areas had not planted most of their winter wheat due to poor planting conditions. Some oats were in the ground, but not many emerged due to a lack of rain. Pastures continued to be dry, but some were fertilized in anticipation of moisture. Rangeland and pasture ratings varied widely with fair to very poor being the most common.

The district reported short to very short moisture levels with scattered rains and mild temperatures. Peanut harvest continued this week. Pasture and range conditions were fair. Cool-season vegetables were looking good, and farmers began harvesting spinach and cabbage. Vegetable producers were managing onion, cabbage and greens crops as best as possible with the limited irrigation water available. In parts of the region, citrus was being harvested and sugarcane harvest was approaching. Row crop farmers were preparing their fields for the next planting, with most fields clean, and some fall and winter vegetables having been planted. Cool-season vegetables were looking good and being irrigated. Hay fields were being cut and baled. Supplemental feeding continued for all livestock. Peanut harvest continued. The summer crops were finished for the season and the pecan orchards were reporting another normal year of production. Pasture and range conditions were fair. Hay fields were being cut and baled.