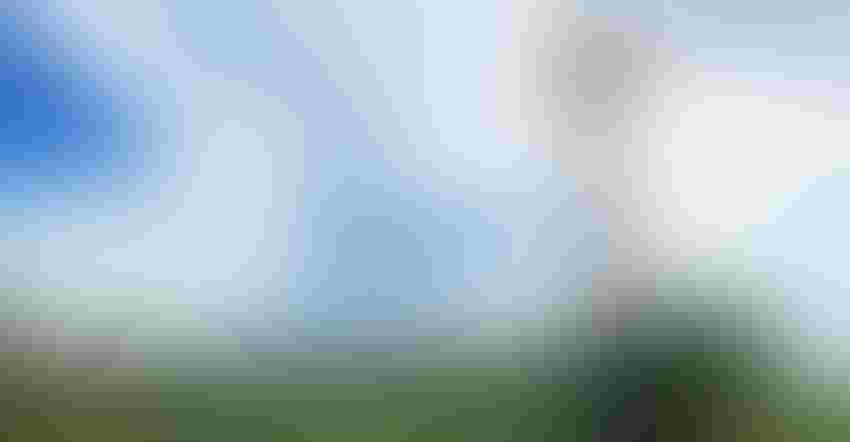 Each year, I am surprised by the number of agricultural law developments across Texas. This year is no exception, and I believe it may be the biggest year for agricultural law that I can remember in the Lone Star state.  If you missed our review of the biggest ag law stories on the national level, click here.

The Texas Supreme Court issued a divided opinion in Miles v. Texas Central Railroad & Infrastructure holding that Texas Central Railroad has the power to condemn land to build the proposed high speed rail from Houston to Dallas.  Specifically, the majority found that Texas Central meets the definition of “interurban electric railway,” for which Texas statute confers eminent domain authority.  Along with the majority opinion, there were a number of concurring and dissenting opinions as well.  To read more about this case, click here.  To hear me discuss this ruling with my friend and eminent domain lawyer, Luke Ellis, click here.

In a closely watched eminent domain case, the Texas Supreme Court issued an opinion in Hlavinka v. HSC Pipeline.  This case involved a piece of rural land in Brazoria County that had 25 pipeline easements on it.  HSC sought to condemn an easement for a polymer-grade propylene pipeline, and it was that condemnation petition that was the focus of the Supreme Court opinion.  There were several holdings from the Court, the most consequential of which was the decision that the landowner should have been allowed to testify about two prior, arms-length, private sales as evidence to show the value of the pipeline easement taken by HSC Pipeline.  The other important holding from the Court was that a single contract was sufficient proof of common carrier status as it was with an unaffiliated customer, connected to existing pipeline networks, and had capacity and terminates near other customers.  To read more about this ruling, click here.  To hear Luke Ellis and I discuss this case, click here.

The U.S. District Court for the Western District of Texas issued a ruling in March striking down the Texas “Use of Unmanned Aircraft” statute as being unconstitutional.  The statute, passed in 2013, essentially contained two main provisions.  First, the surveillance provisions essentially made it illegal to capture an image of an individual or privately owned property with the intent to “conduct surveillance.”  Second, the no-fly provisions make it unlawful to fly a drone over “critical infrastructure facilities.” Each of these provisions had a number of listed exceptions, of which news reporting and photojournalism were not included.  Two media organizations filed suit claiming the statute violated the First Amendment rights of their members.  The Court found both provisions of the statute violated the First Amendment and, further, that the statute was unconstitutionally vague as it failed to define “surveillance” and “commercial purposes.”  [Read article here.]

In Pape Partners v. DRR Family Properties, the Texas Supreme Court made clear that under Texas law, the determination of water rights ownership lies with the judicial branch, rather than with the Texas Commission on Environmental Quality (TCEQ).  Although the case involved a fairly complex factual scenario, the question before the Texas Supreme Court was technical and straight-forward: Should it be the courts or the TCEQ that makes determinations of water right ownership?  The Court found the TCEQ lacks jurisdiction to decide conflicting claims of water right ownership.  Those disputes should be handled in the court system.  Interestingly, the TCEQ agreed, filing an amicus brief that it is designed only to serve an “administrative record-keeping function” with regard to water rights.  [Read more here.]

The Eastland Court of Appeals issued a decision in Foote v. Texcel Exploration, a case involving a rancher who lost over 100 head of cows due to oil and saltwater exposure when the cows got through an electric fence into a wellsite area operated by Texcel.  The Eastland Court of Appeals reiterated what the Court noted as “well-established” law that there are only two very limited circumstances in which a livestock owner may recover from a mineral lessee for damage to livestock: (1) the operator intentionally, willfully, or wantonly injured the animals; or (2) the operator used more of the land than was reasonably necessary for carrying out the purposes of the lease and, as a result of some negligent act or omission on the operator’s part, the livestock were injured.  The court found neither of these exceptions applied as the operator had no legal duty to fence the cattle out of the wellsite and because the cattle owner failed to prove that the saltwater and oil that leaked outside the wellsite were the actual cause of the injury to the cattle.  The plaintiffs did not appeal this decision.  [Read more here.]

This summer, the Texas Supreme Court upheld a Texas statute banning the processing and manufacturing of smokable hemp in Texas.  Specifically, the plaintiffs filed a Constitutional due-course challenge claiming that the statute violated the due course clause because it had no rational basis to any government interest and the effect was so burdensome that it was oppressive in light of any governmental interest.  The Court  held that the hemp company Plaintiffs did not have a vested right that was afforded constitutional protection given the fact that the law long prohibited manufacturing or processing any form of hemp.  [Read more here.]

Lesser Prairie Chicken to be Listed as Endangered & Threatened

Although the Endangered Species Act is certainly a federal statute, and we included mention of this in our national year in review post, given the potential significant impact to Texas, I thought it should at least be mentioned here as well.  At the end of November, the U.S. Fish and Wildlife Service announced that it will be listing the lesser prairie chicken as threatened in its northern distinct population area (including areas in the northeastern Texas Panhandle) and as endangered in the southern distinct population area (including eastern New Mexico and the southwest Texas Panhandle).  The final rule will go into effect on January 25. [Read more here.]

Given the number of interesting pending cases that could have significant impacts on Texas agriculture, I thought it would be useful to add a “pending cases to watch” section as we head into 2023.