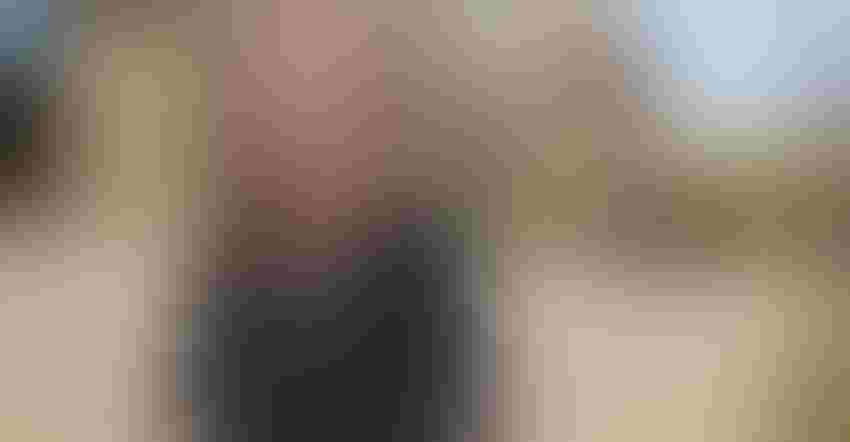 I always enjoy the chance to look back over the year and recap the biggest agricultural law developments. There was certainly no shortage agricultural law happenings in 2022. Today, we’ll look at the national agricultural law scene, and next Monday, we will focus specifically on Texas. If you want to hear more about some of the biggest national ag law stories of the year, click here for a podcast episode I did with my friend, Paul Goeringer.  With that, let’s get started!

The topic about which I have gotten the most questions and had the most presentation requests this year is carbon contracts. Currently, many agricultural producers around the nation are being approached by companies seeking to enter into contracts related to carbon credits. Essentially, the company agrees to pay a producer to undertake a production practice that is expected to increase the amount of carbon stored in the soil and/or reduce the amount of carbon emitted from the farm or ranch operations. The purchaser then typically sells any carbon credits generated from that land to a company seeking to offset its own carbon footprint. For farmers, the most common practices under these contracts are cover crops or reduced to no-till farming.  For ranchers, typically it is implementing a regenerative grazing practice that will be required by a carbon contract. As with all contracts, the devil is in the details, and producers should carefully review any contract and work with an attorney to ensure the terms are understandable and agreeable. Equally important are for producers to carefully consider the economics of these contracts.  Taking the time to determine the likely payout versus the likely expense to comply with the contractual terms is critical.  For a checklist of carbon contract considerations, click here. For a podcast episode walking through key questions to ask when negotiating a carbon contract, click here. Lastly, for a white paper I helped co-author with the King Ranch Institute for Ranch Management, click here.

Waters of the United States Definition

Having the WOTUS definition on our year in review list has become a holiday tradition at this point.   You may recall that this issue concerns the scope of the federal Clean Water Act, which gives federal jurisdiction over “waters of the United States,” known as “WOTUS.”  The Clean Water Act, however, does not define what is meant by WOTUS, and that omission has led to decades of litigation and uncertainty.  At this point, there is still no end in sight for the confusion and litigation over this issue. In December 2021, the Biden administration published a proposed rule redefining waters of the U.S. This proposed rule was certainly broader than the Trump administration’s Navigable Waters Protection Rule, which had been published in January 2021. The EPA took public comment through February 2022 and then held a number of public discussions to take input on the proposed rule. To date, their final rule has not been published.  To listen to a podcast episode I did with my friend, Jim Bradbury, on the proposed rule, click here.

A potentially interesting wrinkle in this situation is a case taken up by the U.S. Supreme Court, Sackett v. EPA. Although not factually ag-related, this case is looking at the proper interpretation of when a wetland qualifies as a “water of the U.S.” Depending on the court’s ruling, it could prove interesting both for rural landowners as well as for the Biden EPA in seeking to finalize its own rule.  We did a podcast episode discussing the Sackett case here. Oral argument was held in October, and a decision should be published by the end of June.

Proposition 12 at the US Supreme Court

Speaking of the United States Supreme Court, they also recently heard oral argument in National Pork Producers Council v. Ross, a case challenging the constitutionality of California’s Proposition 12. Proposition 12 was a ballot initiative in California that bans the sale of pork in California unless it was raised in a manner meeting certain requirements related to spacing in barns. This is true for any pork sold in California (there are certain exceptions for particular cuts or products like ground pork), regardless of where the pigs were raised. (Proposition 12 also applies to welfare conditions of laying hens and veal, but those provisions are not part of this lawsuit.) The National Pork Producers Council and the American Farm Bureau Federation filed suit against California, claiming that this law violates the Commerce Clause as it has extraterritorial effects on commerce. Specifically, they argue that the law attempts to allow California voters to dictate how a producer in another state – such as Iowa, for example – has to raise his or her pigs.  To read more about this case, click here.  A decision in the case will be released by the end of June 2023.  We have a podcast discussing this case here.

See, Lashmet takes a look back at Texas ag law in 2022

This is a topic new to our list, but one that has come up rather frequently when visiting with attorneys around the country who practice in the area of animal law.  Lawsuits involving environmental, social and governance (“ESG”) or “greenwashing” claims are lawsuits filed by plaintiffs related to the marketing or labeling claims made by certain producers about their products. For example, claims related to animals being “humanely handled” or an operation being “environmentally friendly” would fall under this category of claim. There have been lawsuits popping up around the country challenging these types of claims made by agricultural operations and food companies recently. For example, in Texas, a court recently denied a motion to dismiss and let the lawsuit proceed forward in Usler v. Vital Farms Inc. Here, the plaintiffs, representing animal rights groups, claim that Vital Farms’ marketing claims that their practices are “ethical” and “certified humane,” their hens are “pasture-raised” and their “mission is the humane treatment of farm animals” are false and misleading to consumers. All producers should be aware of these types of lawsuits and carefully consider their ability to prove any such claims included in their marketing plan.  We’ve had two podcast episodes discussing this issue here and here.

Lastly, there have been several developments related to the Endangered Species Act.   Brigit Rollins at the National Agricultural Law Center did a great year-end update on the Endangered Species Act here. This has included a number of regulatory changes that were passed by the Trump Administration that have been either rolled back or the subject of lawsuits.  Additionally, the EPA is currently accepting public comment on proposed rules related to the EPA Endangered Species Act Work Plan related to pesticide product labeling.  [Read more here.] Most recently in my part of the world, the US Fish and Wildlife Service announced it will be listing the lesser prairie chicken as threatened and endangered early next year.  [Read more here.]