The 95th class of outstanding Kansas farm leaders will be honored at a ceremony in March. 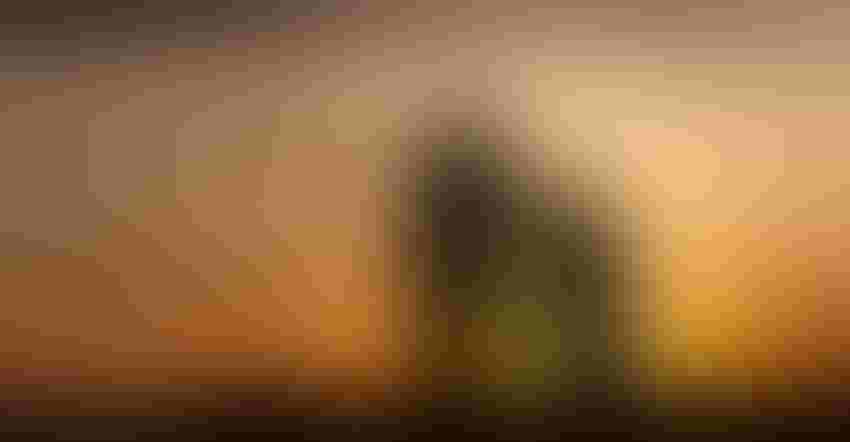 MASTER FARMERS: The 2022 Class of Kansas Master Farmers and Master Farm Homemakers has been announced. These 12 individuals have made a difference not only in Kansas agriculture circles, but also in their local communities and in their families. They were nominated by their local Extension councils. The class of 2022 includes: Philip and Jane Halling, Atchison County; Mark and Marcia Knudson, Brown County; Donna Pearson McClish and David Pearson, Sedgwick County; Richard and Anita Poland, Barber County; Todd and Charlene Sheppard, Pottawatomie County; and Rick and Connie Thompson, Frontier Extension District.ImagineGolf/Getty Images

The 95th class of Kansas Master Farmers and Master Farm Homemakers has been announced. Twelve individuals from around the state will be honored in March for their service to Kansas agriculture and their communities.

The Kansas Master Farmers and Master Farm Homemakers are nominated by their local Extension councils, and a selection committee then reviews their applications. The program is co-sponsored by Kansas State University Research and Extension and Kansas Farmer magazine.

This year’s honorees include:

Philip and Jane Halling, Atchison County. For 45 years, the Hallings have built their corn and soybean farm near Lancaster, Kan. They use reduced-tillage and high-residue management to conserve their resources, and they background cattle throughout the year. The couple has served on the Atchison County Farm Bureau Board for more than 25 years and has hosted K-State Research and Extension test plots on their farm ground for more than 20 years.

Mark and Marcia Knudson, Brown County. The Knudsons are fourth-generation farmers on family ground outside of Hiawatha, Kan. They started farming in 1980 and have moved from tillage into no-till for their row crops, with the goal of becoming a sustainable farm. They also implement technology to capture data on their crops. Today, they have a streamlined operation that includes a cow-calf herd and cropland. The couple has volunteered with Brown County Extension and the local 4-H club.

Donna Pearson McClish and David Pearson, Sedgwick County. For the first time, this year’s class includes a brother and sister duo. Donna and David carry on the tradition of Pearson’s Family Farms, started in 1968 by their parents near Wichita, Kan. This urban farm gave rise to their Common Ground Mobile Market and Mobile Food Hub, which they started in 2014 to provide healthy produce to people in food-insecure areas in Sedgwick, Harvey and Butler counties. David is the family farm manager, while Donna is the CEO of the farm operations and mobile market. Donna serves on the State Extension Advisory Council, a consultative group to the director of Extension. It’s a point of pride that Pearson’s Family Farms is one of 52 African American-owned farms that is still operated by the original owners and in existence today in the Sunflower State.

Richard and Anita Poland, Barber County. As the Medicine Lodge FFA advisor, Richard decided to use their family’s Angus herd as a teaching tool and established the Poland Angus Ranch judging contest, hosting more than 7,000 students over the years at the Poland ranch near Isabel, Kan. The ranch was an early adopter of AI and embryo transfer technology to build the couple’s Angus herd, and the Polands have collected carcass merit ultrasound data since 1990. The couple has volunteered in their community with Extension and 4-H programs as well.

Todd and Charlene Sheppard, Pottawatomie County. The Sheppards met and fell in love while at K-State, and were married in 1990. As Todd began his law career, Charlene stayed home to raise their two sons and manage the ranch. Today, Charlene manages the ranch and Todd is president of Charlson & Wilson in Manhattan, Kan. They built their current 120-head registered Charolais cow herd over the past 25 years, using AI and embryo transfer. They have volunteered much of their time over the years to Pottawatomie County 4-H and Extension, Kansas Farm Bureau and the American International Charolais Association, among other organizations.

Rick and Connie Thompson, Frontier Extension District. The Thompsons have changed and adapted their family farm over the past 40 years. Today, they raise corn, soybeans and wheat, and have cattle and sheep as well. If you have a question about commercial sheep production in Kansas, the Thompsons are your go-to couple. The Thompsons have extensively volunteered their time with the Kincaid Fair Association, as well as the Anderson County Fair and the Extension board. Today they are in the process of folding their son Blake and Blake’s wife, Hannah, into the multigenerational farming operation.

The Kansas Master Farmer award was started in 1927, by Sen. Arthur Capper, then the Kansas Farmer publisher. A year later, the Farmer’s Wife magazine, which is no longer in print, started the Master Farm Homemaker Guild, with help from Kansas State University. In the early days, the two programs operated separately, and the honorees were individuals rather than couples.

In 1953, the K-State Cooperative Extension Service took on the selection process and coordination of the annual honor banquet.

Nominations for the next class, the Class of 2023, are due May 1. If you would like to see a farm couple nominated, contact your local Extension agent; call the K-State Research and Extension administrative office at 785-532-5820; or email Daryl Buchholz at [email protected].

Be sure to look for more on each of the six couples in the Class of 2022 in future issues of Kansas Farmer magazine online and in print.