For his reputation as a quality producer, Jay Yeargin has been named by University of Tennessee Extension as the Tennessee Farmer of the Year for 2020. 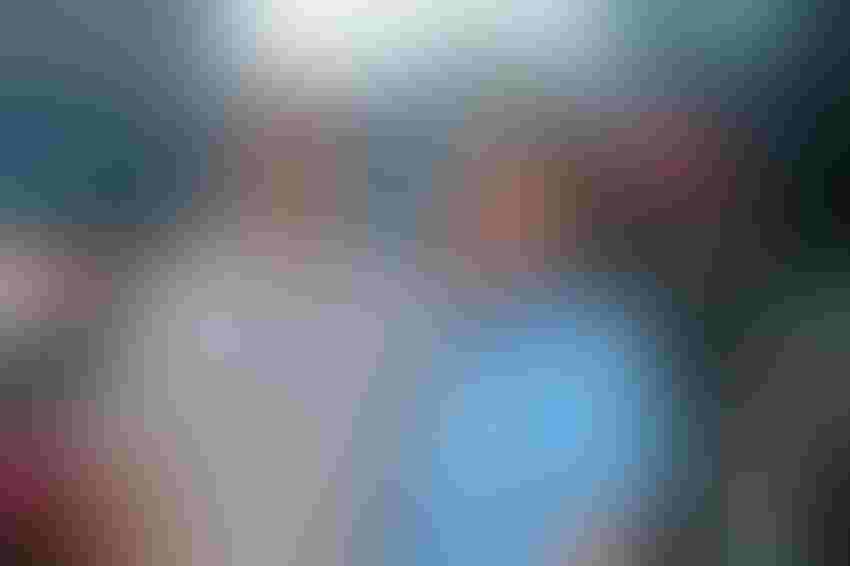 Jay Yeargin of Greenfield, Tenn., has been named by UT Extension as the Tennessee Farmer of the Year for 2020. He's pictured here with his wife Alice Ann.University of Tennessee

In a profession where the average age is 58, you might call Jay Yeargin of Greenfield, Tenn., an upstart. Yet, this 37-year-old has been farming for more than 16 years and is well known in the agricultural community. This year his reputation as a quality producer has jumped again. Yeargin has been named by University of Tennessee Extension as the Tennessee Farmer of the Year for 2020.

The row crop producer from west Tennessee, who also runs a 60-head beef cattle operation, started farming with just 60 acres when he was 21. Today the operation, which he runs in tandem with wife Alice Ann, has 2,700 acres in production, of which approximately 40 percent is owned land. Yeargin grows yellow corn, soybeans and wheat along with his cattle. He also produces a fair amount of hay — some 700 round bales a year, all on non-irrigated land. Some years he grows food-grade white corn, which when sold at a premium enables his farm to enjoy a measure of financial success.

“At our farming operation, we utilize several different ways to market our crops. We are able to deliver our grain to the best market, even if it isn’t the closest, because we own our own trucks and have grain storage on the farm,” says Yeargin. “Storage gives us more options and allows us to have full-time employees, so we can deliver grain all winter.”

Yeargin is expected to be introduced as the 2020 Tennessee Farmer of the Year Aug. 13 at the Tennessee Farm Bureau President’s Conference in Franklin, Tenn., and at the UT Institute of Agriculture Ag Day celebration scheduled for Oct. 3 in Knoxville as well as other agricultural events (virtual or real) throughout the summer.

Lannom says he nominated Yeargin because of his excellent farming practices, his strong family values and his spirit of volunteerism.

A 2004 graduate of UT Martin, Yeargin earned a degree in Agriculture Business. Alice Ann followed one year later with a degree in Business Administration with a concentration in marketing. “This time in my life is where I really grew as a person; not just in the classroom, but networking with others in the agriculture field,” says Yeargin.

“I was able to make lifelong friends all across the state that share the same challenges and ideas. I also stay in close contact with many of my professors. I am so grateful to be able to use them as a resource, but also share my working farm with their students as a hands-on teaching environment.”

When not working on the farm, Yeargin also operates a mowing and track hoe business, and he has an extensive list of county-, state- and national-level activities in a variety of organizations that range from serving as a deacon at the First Presbyterian Church, as director of the Weakley County Farm Bureau, and as a member of the State Ag Enhancement Advisory Board. Along with Alice Ann, Jay was named runner up for the American Farm Bureau Young Farmer and Rancher Achievement Award in 2017.

In addition to also serving in various community-based activities, Alice Ann has served as the Weakley County Chamber of Commerce president, and was named as the Tennessee Farm Bureau Young Farmer and Rancher Outstanding Young Woman in 2013.

Lannom adds that the Yeargins host the annual Governor’s School of Agriculture at their farm and the farm is are regular cooperators in the University of Tennessee County Standardized Testing Program by planting and harvesting multiple soybean varieties.

As parents to a young son, the couple also invests a great deal of time toward growing what they hope will be a future Tennessee Farmer of the Year.

The award recognizes excellence in agricultural production and farm management, along with leadership in farm and community organizations. The award also honors family contributions in producing safe and abundant supplies of food, fiber and shelter products for U.S. consumers. The overall Southeastern Farmer of the Year will be announced at a luncheon on the opening day of the Expo.

Source: The University of Tennessee, which is solely responsible for the information provided and is wholly owned by the source. Informa Business Media and all its subsidiaries are not responsible for any of the content contained in this information asset.