Rising prices are due to a variety of factors, encompassing everything from this year’s avian flu outbreak to the rising costs of labor across the country. 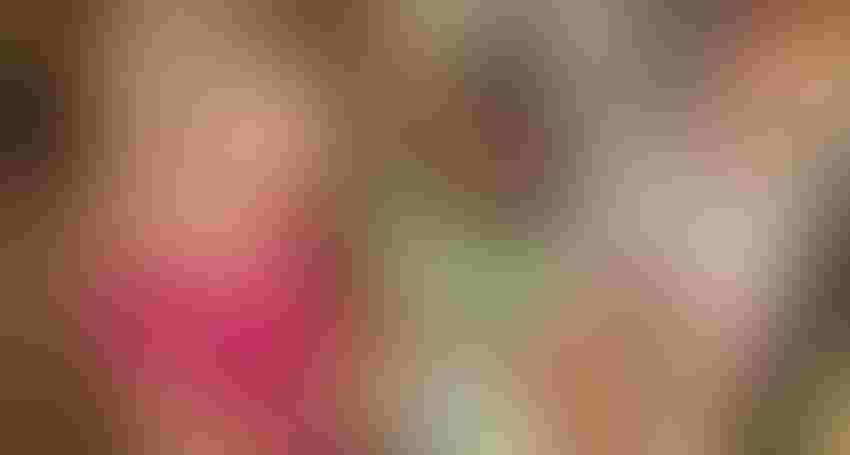 While some key economic indicators show that inflation is slowing, a trip to the grocery store might tell a different story – and it likely will for the foreseeable future.

According to the American Farm Bureau Federation, a Thanksgiving dinner this year cost 20% more than it did in 2021 – about an extra $6.50 per person. These inflated costs will likely continue into the rest of the holiday season, according to Dawn Thilmany, a professor of agricultural economics at Colorado State University.

She said that’s due to a variety of factors, encompassing everything from this year’s avian flu outbreak to the rising costs of labor across the country.

And as we enter a season full of baking, holiday parties and Christmas dinners, Thilmany shared these six insights about what to expect when it comes to food prices.

In the past, Thilmany said grocery stores often kept egg prices lower as a way to entice consumers to come to their store for this essential item – and buy other, higher-priced products in the process.

“Now, eggs might be one of the most inflated food products,” Thilmany said. “That might be a shock to some consumers.”

Due to the avian flu outbreak, eggs are now in shorter supply as farmers work to replenish their supply of laying hens. In addition, multiple states – including Colorado – have passed laws mandating that all eggs be cage-free, meaning that the price gap between mass-produced and more specialty products will likely become smaller than before.

And Thilmany said she’s noticed that stores are no longer pricing eggs as a staple.

“No economists know what the new normal will be,” she said. “We know inflation’s slowing down, but I don’t know if we’ll ever see prices step back down to earlier price levels.”

Perhaps one of the few bright spots of the American Farm Bureau Federation’s Thanksgiving inflation report is the fact that prices for cranberries actually went down – to the tune of 14%.

Thilmany said this is in line with a trend she and other economists are noticing about how the biggest price increases are happening with the more processed items at the grocery store, like stuffing (which went up by 69%) and pumpkin pie mix (up 17%).

“Thinking about your stuffing mix: It involves the extra steps of converting wheat into bread and turning that into cubes,” Thilmany said. “All that processing work requires labor and extra effort, whereas fruits and vegetables don’t require nearly as many steps to reach the grocery store.”

That’s why you likely won’t be paying much more for cranberries this year than you did in 2021, but could find yourself considering making a pie from scratch.

But with that being said …

Baking will be more expensive

We’ve already talked about how eggs are one of the most inflated items at the grocery store, and Thilmany said other baking staples aren’t far behind.

That includes everything from butter to flour to sugar.

“Inflation will definitely be felt by people who are baking for the holidays,” Thilmany said.

Cheaper at a restaurant?

“Prices are going up at restaurants too – but just not as fast,” Thilmany said. “Think of it this way: at home, you’re cooking for maybe 10 people. Restaurants are using those ingredients for all 52 people who come through, and won’t be wasting as much, and can buy larger quantities at better prices.”

“Part of the reason is that food is so affordable that people don’t mind throwing it away,” Thilmany said. “With higher prices, maybe it means people will be more careful this holiday season.”

In addition, Thilmany said inflation might mean people buy smaller birds (a 15- rather than 20-pound bird), which means fewer leftovers and hopefully, less food in the landfill.

“It will be interesting to see if consumers react by being more careful and deliberate about their food planning, rather than just throwing everything in the cart,” Thilmany said.

Food waste is a concern, but more than one in 10 people in the U.S. have the opposite problem.

“Price increases are noticeable to those of us who are middle income and above,” Thilmany said. “But, for the U.S. households who are food insecure, that extra cost for staples like eggs and milk will have a much, much more profound impact.”

“All in all, Americans celebrate Thanksgiving to recognize our blessings, including an ample harvest and supplies of safe and nutritious food, and perhaps this new attention to what we pay for our food (and why) will allow us to appreciate the farmers and food sector workers that make that possible,” Thilmany said. “Giving a bit more earnings to those farms and workers may mean we will pay a bit more for our holiday gatherings.”