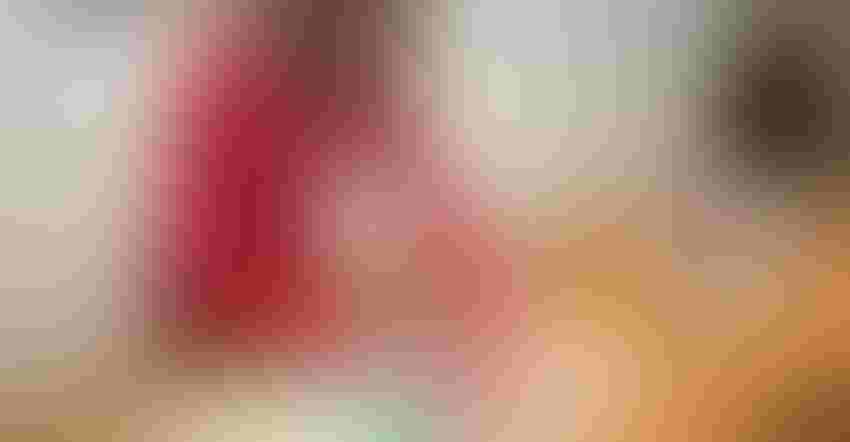 Holiday baking will be more expensive this year as basics like milk, eggs, flour and sugar, as well as some popular sides, have all risen since last year, according to a Texas A&M AgriLife Extension Service expert.

“Prices on most things we cook with are up, and that means holiday lunches and dinners are going to cost more,” he said. “It’s hard to say how much of these higher prices are related to Mother Nature – drought and avian flu – or bottlenecks at ports or labor and fuel costs or the Russia-Ukraine war or companies raising prices because they can.”

Some of these typical baking items are higher due to production issues caused by Mother Nature, while others are rooted in supply/demand market factors.

Egg prices have been rising since spring and are more than $1 higher per dozen – $2.90 versus $1.84 – last year due to avian influenza’s impact on production, Anderson said. The highly pathogenic viral disease hit the U.S. poultry industry this spring and continues to be an issue on commercial farms.

The USDA-Animal and Plant Health Inspection Service reported more than 49 million commercial poultry birds, including broiler and egg-laying chickens, turkeys and various fowl have been lost to the virus, now reported in 46 states.

The deadly disease hits egg-laying chicken flocks harder because birds are in production much longer than broiler chickens, which increases their risk of exposure to the pathogen.

“Eggs are in a lot of holiday recipes, and demand goes up this time of year because of that,” Anderson said. “Eggs will be more expensive this year, but the avian flu outbreak is one of those things that is out of our control.”

Other items used heavily in holiday recipes such as milk, cheese and butter have all experienced tighter dairy supplies this year while consumer trends on products like butter show increased demand, he said. Butter is $4.44 per pound compared to $2.83 per pound last year.

“There has been continued growth in demand that is constrained by milk production and production of these milk-based products,” he said. “With butter, we are seeing people are using the real thing more. There has been a pendulum swing toward clean labels, and consumers want a natural product.”

The retail price for a gallon of whole milk in Dallas was $3.29 in October last year and $3.88 this year, according to the USDA.

Most other basic holiday baking items increased in cost, according to USDA retail reports and the Consumer Price Index.

Anderson said other items like cranberries, sweet potatoes and potatoes are all up slightly while prices for sweet onions are down 1 cent compared to this time last year. Some fruit and vegetable varieties, like Russett potatoes, which are $3.26 per 5-pound bag compared to $2.24 for the same bag last year, increased more.

Sugar and other sweeteners are up 17% compared to last year, according to the consumer price index. Flour and prepared flour mixes are more than 24% higher than a year ago.

Despite across-the-board price bumps on a range of items that frequent Thanksgiving and holiday meals, Anderson said the overall price increases are not as dramatic in the context of making a meal for a large family gathering.

“I know that higher costs for everything are hitting a lot of people hard, especially going into the holidays,” he said. “All these 20 cents here and a dollar there increases add up. But I don’t think they are enough to drive most consumers away from the traditional recipes and dishes they serve at lunch and dinner gatherings.”

Scattered showers were followed by cooler weather. Some areas received up to 2.5 inches of rain. Subsoil moisture had not improved much. More than half the counties reported very short soil moisture conditions. Many early planted small grain fields were replanted and starting to emerge. Pastures were in poor condition and going dormant, and producers were feeding hay and other supplements to livestock. Livestock were in fair condition. Irrigated cotton production was averaging 3.5 bales per acre. The pecan harvest was moving swiftly.

Recent rains helped the winter wheat crop emerge and establish a good stand in most places, but some areas reported poor wheat conditions. Most producers were finished planting wheat. Pastures got a little boost but were still mostly poor. Cotton bales were getting out of the field quickly with low yields reported except in fields under good irrigation. A low hay supply was still a concern for livestock producers going into winter. Wheat fields were not expected to be ready for grazing anytime soon.

Scattered storms delivered 1-2.5 inches of rainfall. Soil moisture conditions varied significantly around the district with most areas too wet for fieldwork. Farmers were getting ready to fertilize as soon as conditions allowed. Grain producers were booking seed purchases for next year’s crops. Livestock producers were still trying to find enough hay to get through winter. Wet conditions put a halt on any hay baling. Some producers were trying to get a second hay cutting before the first frost. Winter pasture conditions varied. Some early planted ryegrass was already being grazed in areas with adequate soil moisture, but other winter pastures just emerged or had not yet emerged. Some producers were still weaning calves and culling cows. Livestock markets were strong with high sale numbers and good prices. The pecan harvest continued with very good quality and fair yields reported.

The district received some much-needed rainfall that helped with the growth and planting of winter pastures. Pasture and rangeland conditions were very poor to fair. Subsoil and topsoil conditions were short. Cattle prices were steady to higher. Producers continued to search for hay and were feeding hay and protein. Livestock were in fair to good condition. Wild pig activity increased.

Some parts of the district received a dusting of snow, along with the first frost. Dry conditions persisted, and soil moisture levels were short. Rangeland and pasture conditions were poor. Wheat was still being planted, and some early planted fields were being grazed. Corn, sorghum and silage harvests continued. Cotton harvest began behind defoliation.

Soil moisture was adequate for most counties. There were isolated storms and heavy rainfall in some areas. Soil moisture levels were recovering. Winter wheat was being planted. Warm-season grasses were green but growing slowly due to the cool temperatures. Cool-season grasses were up and growing. Cotton was maturing rapidly, and remaining stands should be harvested soon. Pasture conditions continued to improve. Livestock conditions and the calf crop were holding steady. Cattle sale volumes were lower than earlier this year. The volume was limiting prices to a degree, especially those for cows. Feeders were still pricing relatively high with some aggressive buying.

The average high temperature was 72 degrees with an average low temperature of 47 degrees. A freeze is in the forecast. Scattered, light precipitation delivered less than 1 inch of rainfall to areas. Very strong winds made harvest difficult for most growers. High humidity also limited the number of hours of harvesting. Other farming practices continued. Cotton yields were poor. Smaller fields with pivots and good water made up to 1,000 pounds per acre. Some remaining fields looked decent. Pecan harvest may start in the next few weeks. Wheat was slowly emerging, but stands were thin. Insects have not been much of an issue. Pastures remained bare. Livestock were in fair condition and being fed. There was a report of rose rosette in the area.

The district remained dry with no rain in the forecast. Warm-season forages were going dormant. Small grains fields planted before the recent rains were emerging and looked fair to good. Cotton that could be harvested was in poor condition. Pecan harvest began but was not yet in full swing. Armyworm numbers remained low. Supplemental feeding of livestock continued, and producers were now selling spring-born calves.

Temperatures were seasonal. Rainfall was scattered with up to 1.2 inches reported in some areas. Dry conditions persisted despite the rainfall. Some wheat and oat fields were planted and emerged, but most farmers were holding off small grain plantings. Pecan producers were preparing orchards for winter dormancy. Livestock were in poor to fair condition. Hay and feed costs were increasing, but supplemental feeding of livestock continued.

Southern and eastern parts of the district reported short to adequate soil moisture while northern and western areas reported very short to short soil moisture levels. Temperatures were mild with a cool front late in the week. Rains were scattered with some areas staying dry while others received up to 7 inches. Several counties reported up to 1.5 inches of rainfall. Some fields were saturated. Peanut harvest continued. Pasture and rangeland conditions were fair with some areas reporting significant improvement over the past two weeks. Hay was being cut and baled. Producers continued to provide supplemental feed to livestock. Cattle were in good condition, and some ranchers continued to cull herds. Cattle prices were steady. Hay round bales were $60-$80, and feed prices remained high. Rainfall improved wheat and oat conditions, and producers continued to plant fields and wildlife food plots. Quail numbers were not great, and deer populations declined from last year. Reports showed average production from pecan orchards. Spinach and cabbage harvests were underway. Citrus harvest continued, and sugarcane was nearing harvest with good height and leaf structure reported. Cool-season vegetables looked good under irrigation. Row crop farmers were preparing fields for the upcoming season.