When to pull the trigger on market decisions is often a hard choice, Grain Marketing Specialist Mark Welch says. 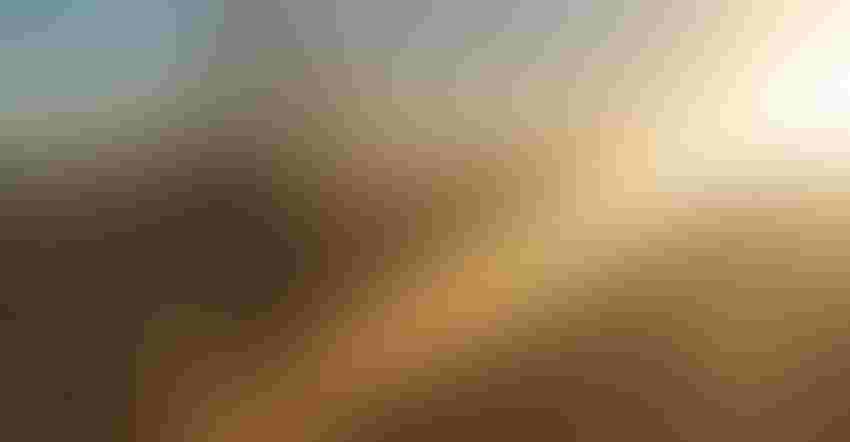 Marketing, even with lofty commodity prices, could be one of the most challenging aspects of managing a farm.

When to pull the trigger on market decisions is often a hard choice, Welch said.

The process might have gotten more complex over the past two years with a pandemic, a supply-disrupting war, the perennial uncertainties of weather, and China trade affecting both commodity prices and input costs.

Those lofty prices, Welch said, sometimes lead producers to hold off marketing, waiting for a bigger payday or selling too soon in fear of prices falling.

“And the challenge then becomes what are we holding out for? Are we more afraid of missing out on that little bit more at the top rather than what we can get now?

“What if prices do not go higher? What is the risk of prices going lower? Did you make a crop? What’s your financial situation?”

He said producers need to ask themselves these questions.

Also, understanding the fundamentals of what moves  markets “could provide an indication of where prices might be heading.”

He said signals from the broader economy, fundamentals that drive commodity markets, might aid producers in marketing decisions.

He also noted that factors outside the United States play a bigger role in market movements than in the past.

The U.S. remains the largest producer and user of corn but does not account for the largest increase in production growth, he said.

“We're still the biggest exporter, but less so. We're still the gorilla in the room, but we're becoming increasingly influenced by what's going on outside the United States.”

A similar situation exists for wheat. “Supply and demand fundamentals for wheat in the U.S. is now less of a factor that it used to be relative to global factors that drive the price of wheat.”

He said China bought all the grain they could find several years ago and pushed the market. Russia’s invasion of Ukraine last spring disrupted global exportable grain supplies, creating access uncertainty. “Prices responded to that event and then settled back to some degree,” Welch said.

“If nothing else, understanding some of those dynamics gives us a little guidance,” Welch said. “Will we continue to see some of the same factors that got us here? Are they going to keep us here or might we see some shifting in market dynamics?”

“The economic challenges around the world are severe and broad-based, particularly with supply disruptions such as the war in Russia and Ukraine,” he said.

Inflation poses another significant threat to commodity markets. “Inflation is not just a U.S. problem but a global issue,” Welch said.

Reining in inflation will take time, and will not be painless, particularly concerning interest rates. “The Federal Reserve got very aggressive in raising the federal funds rate in 2022,” Welch said. “The interest rate for everything you borrow goes up, whether it's a farm loan, an auto loan, a mortgage, or a credit card. Everything is tied to what happens to that federal funds rate.”

He expects another rate hike. “The Fed will probably crank them up again, maybe not three-quarters of a point, but perhaps one-quarter to a half-point.”

Welch said bringing inflation back to 2% will be a challenge. “We didn't get here overnight, and I think we're just on the front edge of this battle. We have  a long way to go.”

He responded to a question from the audience regarding inflation numbers of the 1970s.

“Some of us remember the 1970s and 15 to 18% mortgage rates and farm loans. What's going to keep this from becoming that kind of collapse?”

“The factor that offers more hope of keeping us out of that kind of severe economic recession is the strength of the labor market,” Welch said. “People still have jobs. The fed's goal is to create a soft landing, not a crater.”

Welch said recessions are not good for agriculture. “We sometimes think we're kind of insulated from what's going on in the rest of the U.S. or the world economy. But net farm income typically goes down during a recession. 2020 is a notable exception. High prices were driving strong increases in U.S. net farm income in spite of  a recession driven by the pandemic.”
Projections for net farm income by the Food and Agriculture Research Policy Institute, University of Missouri, indicate a decline of $13 billion next year and $12 billion in 2024.”

Those expectations result from lower commodity price outlooks, even with projections showing lower expenses. “Some factors that have driven high input costs seem to be moderating, especially for fertilizer,” Welch said.  “Lower input costs typically occur with commodity prices coming down, but as is often the case, expenses don't go down at the same rate.”

Globally, harvested grain acres since the beginning of the recent commodity price increases have risen. “We're up about 58 million acres globally,” Welch said.

“I think we're looking at the prospect of extended  lower demand on one side and factors driving an increase in supply on the other.”

He said farmers looking to lock in 2023 prices should look closely at their options. “Some might consider, ‘Well I'm going to lock that in because I think that's where we're going to be.’”

He also said farmers should consider the downside. “What price do I not want to see, and at what price do things not work?”

Producers do have opportunities to protect against that happening.

He explained. “At a corn meeting a couple of years ago a corn producer ask for advice. This was in August, so he’s just getting started cutting corn. He says, ‘I'll tell you one thing, I can't grow corn for $3 and 50 cents a bushel.’

“That is good information to have. You need to know that because three weeks ago the price of corn was four $4.50. How much did you sell then?”

Welch said knowing what price you can’t afford to take is one fundamental producers should figure out.