A study shows Gen Zs ,18 to 22 years of age, with farm backgrounds, have different attitudes on ag topics 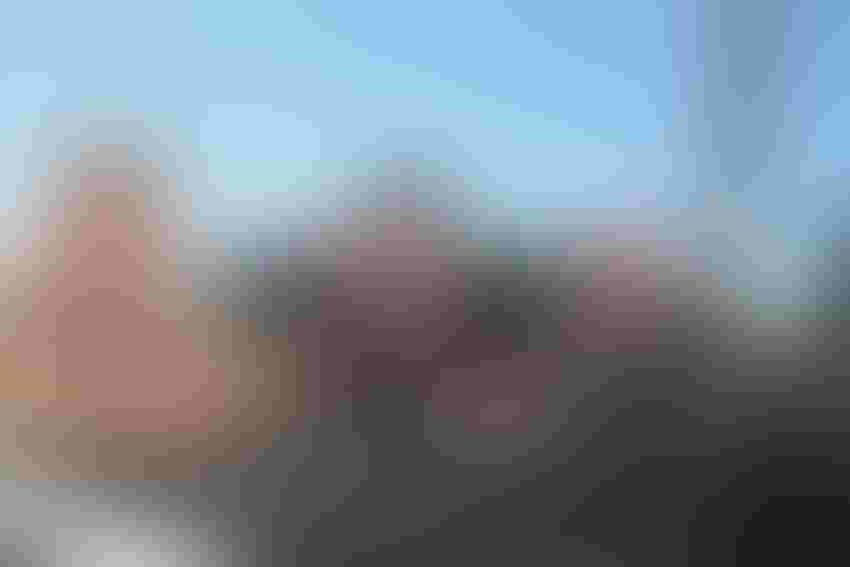 Young men and women raised on farms are viewing careers in agriculture differently than older generations, according to a recent study by Osborne and Barr. Members of generation Z (18 to 22 years of age), the study shows, are less likely to take over the family farm or ranch. Troy McGann, right, on the edge of the Gen Z range at 23, may be bucking the trend. After finishing a degree last year, he is trying to put enough acres together to farm. His uncle Gordon Graves (recently retired), and cousin Clay Graves are trying to help.

Members of Generation Z (young men and women aged 18 to 22) with strong ties to agriculture exhibit significantly different attitudes toward government involvement in agriculture, farm succession, ag technology, and brand loyalty than do previous generations, including Baby Boomers and Generations X and Y (representing an age range of 28 to 74).

Generation Z members, for instance, have a more positive attitude toward government involvement, less brand loyalty, and more interest in technology, but are much less likely to choose farming as an occupation.

These findings come from an Osborn Barr study, “Farmers of Tomorrow: Generation Z’s Future in Agriculture,” that included a survey to assess attitudes expressed by the four representative demographics.

For instance, 71 percent of BoomXY parents expect at least one of their children will take over the farm. Only 54 percent of Generation Z respondents indicate a desire to take up farming or ranching as a career. They do plan for careers in agriculture, however.

One respondent summed it up: “The reason I do not choose farming as a career is because I need a more steady option and also want a career that does not have such big risk and startup costs.”

Osborn Barr looked to its Ag Advisory Council, created last June, for guidance and interpretation of some of the key issues facing agriculture.

Richard Fordyce, Ag Advisory Council chairman, says several of the study findings are surprising. “I am surprised at the lack of brand loyalty,” he says. “This group’s purchasing ideas are different. They are not as focused on family history with certain brands, but prefer to do their own research and find what fits best. They are more likely to believe what they see on YouTube videos through social media than they are company sponsored advertising.”

“We know what we need on our farm and ultimately if it gets the job done the brand shouldn't matter,” said one Gen Z survey respondent.

He says two outliers in the brand loyalty issue are tractors and seed, both of which appear to carry over from one generation to the next.

Fordyce says he’s not concerned about the low percentage of Generation Z members who are choosing ag careers but not farming or ranching. “If that figure were 14 percent instead of 54 percent, I’d be worried,” he adds. “But these young people want a paycheck and a career in agriculture.”

He adds that a bigger problem might be if 75 percent indicated they wanted to come back to farm. “Where would we put them? The competition for land and other resources would be significant.”

He believes, too, that the changing nature of agriculture may be suited to this trend. The average age of U.S. farmers continues to rise, supporting the idea that opportunities will be available for new farm and ranch operators. “But we are seeing fewer farmers, fewer but larger farms and an increased reliance on technology.”

Those trends mesh with what he believes will be the defining characteristic of Generation Z — rapid adoption and creation of agriculture technology. “That’s not a surprise,” Fordyce says. “This generation is immersed in technology, and they will demand updates and new products. They will not wait for it.”

In fact, he believes this generation will be the ones who create the next wave of advanced ag technology products.

Also a bit of a surprise is Generation Z’s acceptance of government involvement in agriculture, a departure from the older age groups. Fordyce says USDA gets the biggest nod from the Z group, but they also have positive feelings for the EPA and FDA. He adds that this group is interested in protecting the environment.

“They believe government experts are doing the jobs they were asked to do,” Fordyce says. “Based on this data, I believe Gen Z has more trust in government, they know the issues, and they are committed to ag,” said Fordyce. “They are more engaged with lawmakers, active in policy and want to make a difference.”

Gen Z members are somewhat negative on organic agriculture but positive on genetically engineered products. “This is encouraging,” says Fordyce. “They are not anti-organic but skeptical of those who pit one production method against another. I think that mentality might come from witnessing the us versus them

activities of several years ago — things like the negative Chipotle claims about farmers. They are well-informed on issues and do not subscribe to that philosophy. They understand that agriculture’s role is to provide food and fiber to the country and to the world.”

He says this young generation “understands issues better than their predecessors. They want to contribute and they want to make a difference.”

He contends that Gen Z members will face significant challenges as they deal with the increasingly complex work of agribusiness. “But as these young people work their way into leadership roles, I think we are going to be in pretty good hands.”

Of the sample surveyed, succession expectations differ between older farmers/ranchers and their children, many of whom plan to work in agribusiness.

According to the study, Gen Z is more in favor of agricultural technology.

He adds that the study will expand the baseline data over the next year to provide “a more in depth understanding of the compelling aspects of the next generation and tomorrow’s American family farm.”