New Mexico's reforestation needs are estimated to be between 1 million to 2.6 million acres, which would require 150 million to 390 million seedlings. Limited seedling nurseries highlight the need for a large-scale operation. 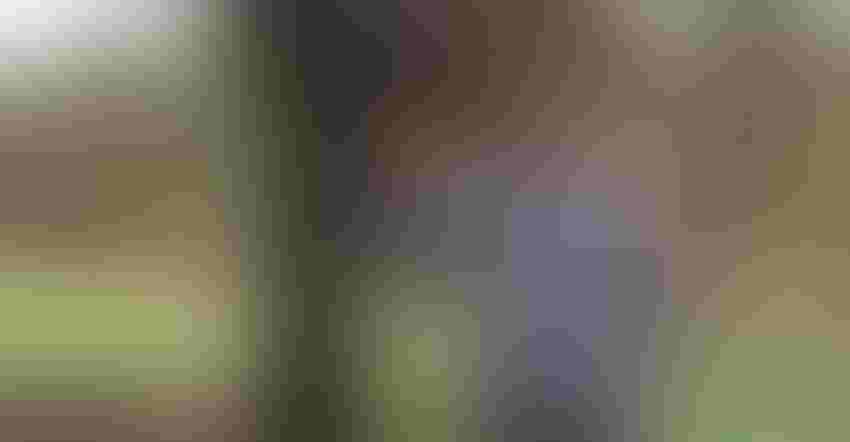 Owen Burney, forest regeneration scientist and director of the John T. Harrington Forestry Research Center, led an evacuation of the center in early May after the Hermits Peak/Calf Canyon Fire breached the center’s property.Josh Bachman, NMSU

On a damp summer morning in July, Owen Burney walked around the grounds surrounding NMSU’s John T. Harrington Forestry Research Center in Mora, surveying the aftermath of the largest wildfire in New Mexico history. He saw devastation in all directions.

Burney, a forest regeneration scientist and director of the center since 2012, stood surrounded by charred ponderosa pines that permeated the air.

After a moment’s pause, Burney broke the forest’s silence. “There was fire everywhere you see black,” he said in disbelief. “It touched everything here.”

The stillness of that day stood in stark contrast to the events of that spring. 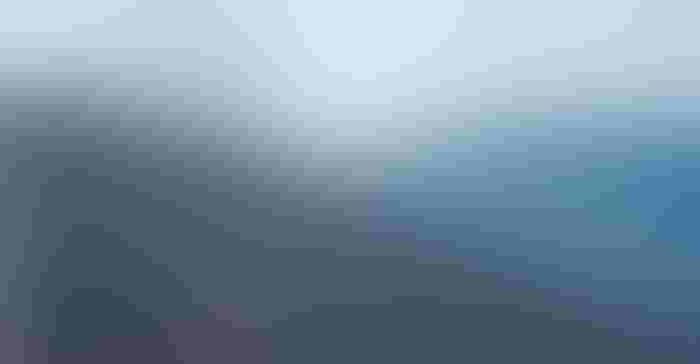 The Hermits Peak/Calf Canyon Fire scorched 341,735 acres across northern New Mexico by the time it was 100% contained in late August, leaving behind a trail of decimated land and forests. Roughly 60,000 to 80,000 acres will need to be reforested, requiring 9 million to 20 million seedlings. (Josh Bachman, NMSU)

In early May, the Hermits Peak/Calf Canyon Fire breached the center’s densely forested property, imperiling the only facility in the Southwest dedicated to reforesting lands burned by catastrophic wildfires. By then, the fast-growing blaze had torched more than 200,000 acres in northern New Mexico and appeared on a path to destroy the center, plunging Burney and his staff into a nightmare scenario.

Faced with evacuation orders and the threat of losing critical research, Burney led his staff into action. Their top priority was saving the center’s bank of more than 3 million tree seeds. They first relocated the sprawling collection with seeds dating back 50 years to Las Vegas, but had to move it more than 150 miles south to Los Lunas after the fire shifted toward San Miguel County. Next, they retrieved about 75,000 tree seedlings from the center’s nursery in a rescue operation carried out over two days with help from outside groups and a state police escort.

Good fortune – and hundreds of firefighters – ultimately spared the center from destruction.

Five weeks later, Burney and his staff returned to Mora to resume operations, bringing back the seed bank and seedling farm. But now they’re making up for the lost time in a race to prepare for the next fires.

“We’re back to what I would say is normalcy,” Burney said, “but the reality is we’re still far behind schedule with so many things.”

In August, Burney and his staff relaunched several research projects placed on hiatus, including one on the Luna Fire burn scar near Chacon, which involves planting some of the rescued tree seedlings that survived a nearly 200-mile round trip from Mora to Santa Fe.

Tammy Parsons, the center’s nursery manager, was part of the team that braved dangerous conditions to transport the seedlings to the New Mexico Energy, Minerals and Natural Resources Department for temporary keeping.

“The fire hadn’t come over the hill, but it was very smoky, and there were warnings to turn back, and that made for a stressful situation,” Parsons said in July as she tended to the baby trees. “But we were able to save as many seedlings as we could.”

After returning to the center, Parsons spent much of the summer preparing the seedlings for the Luna Fire project. Burney explained that the project is looking at different planting strategies and nursery techniques to improve planting success.

Burney said the research will help inform future management strategies for areas decimated by the Hermits Peak/Calf Canyon Fire, which had charred 341,735 acres by the time it was 100% contained in late August. Burney roughly estimates that 60,000 to 80,000 acres of the fire footprint will need to be replanted, a mammoth task requiring 9 million to 20 million seedlings.

Across the country, more than 200,000 square miles of land need to be reforested, according to the 2021 study co-authored by Burney and 17 other scientists. To meet that need, the study found that U.S. tree nurseries need to increase seedling production by an additional 1.7 billion each year.

In New Mexico, reforestation needs are estimated to be between 1 million to 2.6 million acres, which would require 150 million to 390 million seedlings, Burney said.

As the only major Southwest seedling producer, the John T. Harrington Forestry Research Center can grow about 300,000 seedlings annually.

Burney knows the center cannot address the reforestation challenges on its own, but he sees a solution. 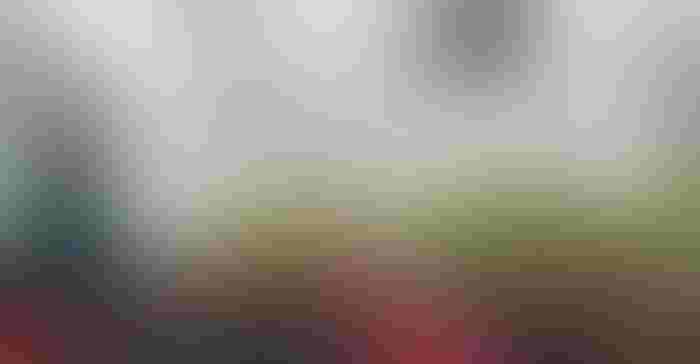 For several years, he and a team of researchers from the University of New Mexico, New Mexico Highlands University, and EMNRD’s Forestry Division, have coalesced around a proposal to create a regional reforestation center that could meet the needs of Southwest forests. The center would operate on a vision to bring forest management into the 21st century by significantly increasing reforestation capacity across the critical areas of seed collection, nursery production and planting.

“This would bring us up to 5 million seedlings per year and allow us to really address our backlog of reforestation needs,” Burney said. “We know we’re going to get more fires like this, and we need to have a nursery that allows us to restore those forests.”

Burney said the partnering entities signed an agreement earlier this year, cementing their commitment to work together to develop the reforestation center. Modeled after a similar facility housed at the University of Idaho, the center would feature labs, offices, classrooms, living quarters and 40 greenhouses to accommodate large-scale nursery production.

But he admitted one of the biggest obstacles in getting the center started is convincing others to invest in the “entire reforestation pipeline.” He contends this approach would simultaneously address the climate crisis and support water resources, forest products, wildlife habitat, recreation and many other forest resources.

Burney hopes the devastation caused by the Hermits Peak/Calf Canyon Fire serves as a wake-up call and reminder of the consequences of inaction.

“It took a fire in our backyard for many to see the importance of what we need to do, and I still don’t think we’re 100% there yet,” he said. “If this doesn’t do it, what’s going to do it? I think that we can make the change, but there’s also a concern for me that we’re getting to a turning point, and if we don’t make the change soon, then we never will.”