After a decade of wanting to farm his own land, Aneta, N.D., man harvests his first crops in 2022. 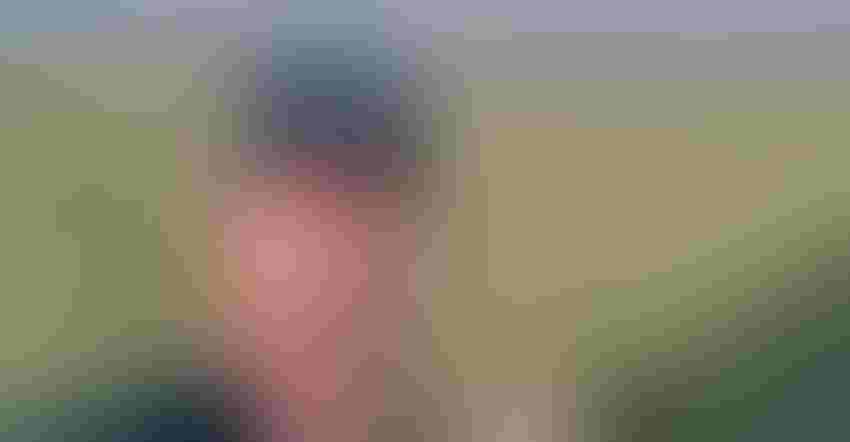 For farmer Blake Segerholm of Aneta, N.D., a goal he held for more than a decade finally come to fruition. “I knew I wanted to farm 10 years ago,” he says. “I knew I was going to farm. I just didn’t know exactly how to go about it.”

Segerholm graduated with a music education degree from North Dakota State University in 2012, knowing that teaching would be a career he’d enjoy. He had an interest in horses, as well, and took equine science classes on top of music education courses.

After starting his teaching career in Hatton, N.D., he worked part time for Jodock Farms near Northwood, N.D., where he became even more interested in farming.

“I farmed for them full time for one year and part time for two; then my grandma had a quarter of land I farmed,” he says. “I was able to use some of their machinery while I worked for them, and I didn’t make a whole lot of money farming on that quarter, but I still came out ahead.”

From that first harvest, Segerholm focused on building equity while hauling propane for his father’s company. In addition to farming part time and working for his father, Segerholm also started a horse training business.

“I had found a farmstead on 80 acres and thought it was perfect, so I moved to Aneta and started my horse training business, breaking colts for people,” he says.

Even with his side jobs, his goal of owning and operating his own farm was always on his mind. While some first-generation farmers may marry into land, or take over an existing farm from a retiring farmer, Segerholm says he was persistent enough to do it his own way.

“There’s no guarantees with any route you take,” he says. “I think God opened doors, and I was stubborn enough not to give up on this dream.”

He has grown his farm to around 600 acres of cropland and rents about 100 acres of pastureland.

“I had built up enough equity and was able to buy some equipment. Then I just decided that soybean prices looked really good and said, ‘You know, let’s farm,’ and last year was my first year running my own operation,” he says. “I ended up making the jump for equipment I’m not going to have to fix every day, and the equipment gives me a lot of opportunities as far as either conventional or no-till.”

While he had farmed for himself and others in the seasons before, the 2022 season was the first growing season Segerholm farmed his own land full time. “I actually quit my day job six months ago, so here I am farming,” he says.

In his first season farming full time, Segerholm says he stayed open to new management practices, as well as working with experts, such as his agronomist Dan Moser.

“I hired an agronomist, which I’m very happy I did. He’s really helped take my farm to the next level, as far as making chemical and fertilizer decisions,” he says. “Compared to my fields last year when I did it myself, I mean my barley field barely had a weed in it, and everything was just really clean.”

Right now, he grows wheat, barley and soybeans, but is always open to trying new things. “Grain farming is where I want to continue to grow, and some pasture that I hope to get into cattle with,” he says.

During the off season in the winter, he plans to work a little extra to stay busy. “I’ll be starting horses for people, and then I’ll go back and substitute teach, too,” he says. “There’s definitely a need in the school, and it’ll be good to be able to work through the winter.”

With just one year under his belt, Segerholm says he’s excited to spend the rest of his years farming. “It’s just when you love what you do, you know it’s not work,” he says. “I’m just super blessed, and I pinch myself every day when I wake up.”