For four-plus decades, the Hatley family has farmed on the east urban fringe of Phoenix. 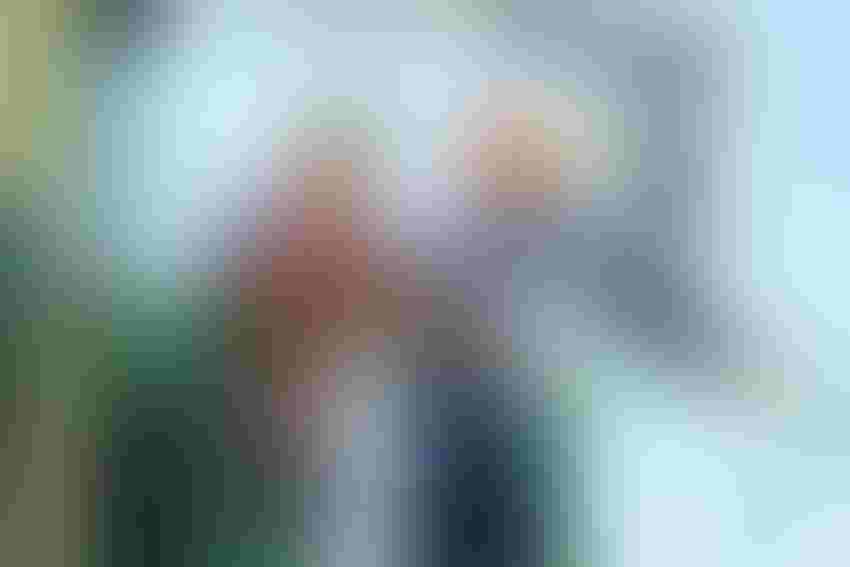 Meet Arizona crop farmers Aubrey (Sonny) and Adam Hatley – father and son. For four-plus decades, the family has farmed on the east urban fringe of Phoenix on tribal land at Scottsdale.

Today, the farm includes 3,500 acres, including 3,200 acres for crops. “We farm leased ground on the Salt River Pima-Maricopa Indian Community, a sovereign tribe,” says Adam. “We have a good working relationship with the tribe.”

In addition to patriarch Sonny, 83, and matriarch Diane, the family includes their three children: Adam, 54, who manages the day-to-day farming operation, and daughters Stephanie, who handles the farm’s payroll and lives in nearby Mesa, and Aubrey, based at Tucson.

Since the farm began, operating close to urban Phoenix — the nation’s sixth largest city, with 4 million people in the greater metro area — has certainly created challenges for the Hatleys, including more traffic … and trash.

In 2001, the city moved closer to the Hatley operation when the new State Route 101 East Pima 4-lane freeway was built about a mile from the farm. Daily, thousands of Phoenicians and visitors past Associated Farming on the freeway, headed to work or appointments, while others are sightseers headed to Sedona, the Grand Canyon, and other large cities.

“Since the 101 opened a lot more traffic cuts through the farm to get to the freeway and Scottsdale,” Adam says. “Traffic is always a concern when our tractors and our employees are on the road.” The community placed signs near freeway interchanges to inform drivers about slow-moving vehicles in the area. “The signage has helped,” he says.

Farming next to the freeway corridor makes the Hatleys and their farming neighbor, Kevin Rogers, farming ombudsmen of sorts — as millions of people travel the highway, they can’t help but see and learn about agriculture firsthand. They witness tractor-pulled disks breaking up the soil, busy planters, young plants soaking up the sun and water and growing rapidly, and the fascinating harvest — a closeup look at the origin of their food and clothes.

“Cotton has always been our family’s staple or go-to crop,” Adam says. This year, about half of their 1,300 acres of Upland cotton is grown for seed increase. Their historic cotton yield average is about 1,350 pounds per acre, but yields have increased to about 1,500 pounds per acre over the last several years. The crop requires about 6 acre feet of water annually on the sandy soils, flood-irrigated with water purchased from the Indian Community.

While higher yield is always their No. 1 production goal, they also work hard to produce high quality fiber, with an average micronaire of 4.8, and longer staple length, averaging 36. They previously faced micronaire problems and “we weren’t sure if the culprit was the variety or the environment,” Adam says. “Now with a higher micronaire, it’s nice not having the ‘deducts’ at the end of the year.” Most years, pest and disease levels rarely hit the economic threshold requiring treatment.

To attain cotton profitability, he says, they need cotton yields of a minimum 1,500 pounds per acre (three bales), and a mid-70 cents per pound price to break even. The Hatley cotton is ginned at Pinal’s Crazy 8 Gin at Stanfield, and marketed by Calcot Ltd.

Alfalfa and wheat are other essential crops for the Hatleys. Cibola is the most planted alfalfa variety. Some fields on the south end of the farm have cotton root rot disease, so cotton was replaced with alfalfa. Before the switch, Adam says, it was struggle to produce two bales per acre of cotton.

“We’ve found that Cibola tends to handle root rot a little better,” he notes. “We’ve tried other varieties, but they tend to go down faster. Cibola is a good-yielding variety, and works well in the sandy soils.” Most of their alfalfa hay is sold into the niche retail hay market, with about 80 percent going to feed stores across Arizona and in Texas.

Which management practices work best for the Hatleys?  “Our strongest effort goes toward the exact timing of product applications to help keep plants from undergoing stress,” Adam says. Whether it’s irrigation, fertilization, or chemicals, well-timed applications are critical, especially during extreme summer desert heat in June and July, when irrigations are required every 12 days to14 days.

The biggest challenges are twofold, he says. The first is labor availability and cost (the farm has eight full-time irrigators, six daytime and two at night, and the second is crop price fluctuations. Although alfalfa prices can be strong for several consecutive years, cotton seems to always have numerous price spikes. To help moderate pricing, the Hatleys shifted from decades of farming 80 percent cotton to more acreage in other crops.

To diversify further, this year they planted 500 acres in organic leafy vegetables, spinach and lettuces. The fields had been left empty for three years to meet organic regulations. “Vegetables are a new venture for us,” says Adam. “I’ve partnered with a company out of Yuma that wanted to expand. This is an ideal location for them, and we decided to move forward with them.”

Off the farm, Adam enjoys giving back to agriculture by serving in various organization leadership positions. He’s held key positions with the Maricopa County and Arizona Farm Bureau boards, his local Natural Resources Conservation District, and the Arizona Cotton Research and Promotion Council. He currently serves on the Cotton Board’s executive board, and was recently elected to the Salt River Project’s Association Council.

The Hatley family’s success began with Sonny, who pulled up his family’s roots as a hired hand in Texas and moved to Arizona to become an owner-operator, with the help of local farmer Shag Rogers (now deceased). Over the decades, Sonny became an excellent cotton grower, and in 2008 he and his family were selected as recipients of the Western Farm Press High Cotton Award (read the article at https://bit.ly/2MAJkLO).

Sonny was away from the farm for Farm Press’ early September visit for this article, which gave Adam the opportunity to share his admiration and appreciation for his father. “Working with Dad is great — I enjoy seeing him every day,” he says. “Each day, we drive a circle around the farm, looking at the crops. I enjoy having these special times with him.” Adam lost his wife, Michelle,  to cancer last year. They have two daughters.

As excellent, award-winning farmers, the Hatleys deserve a lot of credit for keeping agriculture alive in an urban setting. Despite the challenges they face, their real success is all about family, Adam says. “This farm would not be here today without my dad — he has had a huge influence on me in agriculture.”