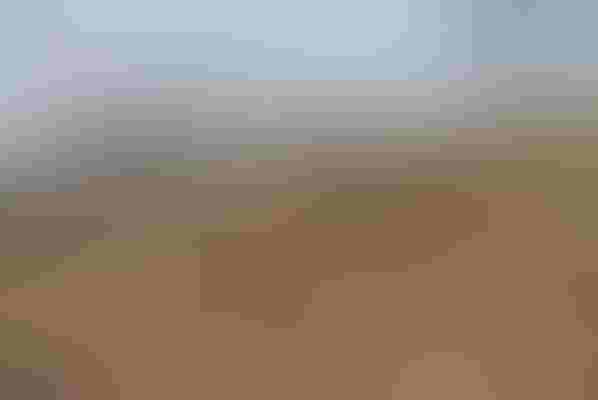 Despite rains in parts of Texas and more predicted in the immediate forecast, much of the state looks vulnerable to drought and potentially a severe late-summer fire season, says Texas A&M Forest Service Department Head Brad Smith.

“The fire season has begun earlier than usual, and rainfall outlooks don’t look significant,” Smith said. “A tropical pattern could change everything, but all the signals are pointing to a hot, dry summer.”

Parts of North Texas experiencing various levels of drought received noteworthy rains over the weekend with more rain in the forecast, Smith said. A system of storms pushed south into Texas and delivered rain down to the Interstate 20 corridor. 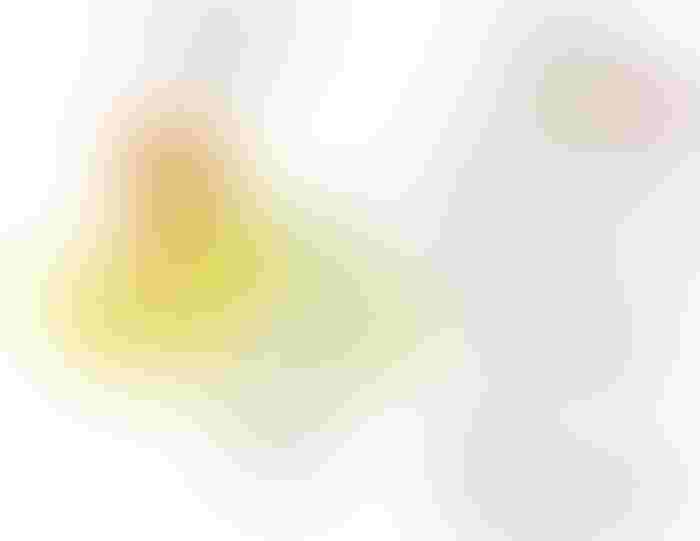 But before the rains, the drought monitor indicated an emerging dryness across much of the state, Smith said. Other indicators, including rainfall deficit, drought change and fire activity maps, showed Texas was moving further into drought and entering wildfire season earlier than usual.

“The rains may help because we are seeing some significant amounts, but with conditions like what are expected as we get deeper into summer and temperatures rising, it may not be enough to keep vegetation, especially grasses, green,” he said.

The question is how much the most recent lines of storms and those in the immediate forecast will meet the moisture needs for specific areas as the state moves into the heart of summer, he said.

Smith said it would take consistent storm systems delivering rainfall across dry parts of the state to avoid drought in areas.

“The thing about summer in Texas is that it’s typically hot and dry,” he said. “There’s typically a rainfall deficit in most parts of the state, and so combining that with hot and dry conditions means it will be hard to build up soil moisture.”

Meanwhile, South Texas and parts of the Coastal Bend, which were experiencing severe to extreme drought in early spring, have received rainfall that has completely changed conditions.

But Smith is not convinced there will be enough rain in some areas to avoid severe drought through July and August. He said an upper-level weather pattern looks like it will create a high-pressure system that could prevent northern storms from delivering rain to Texas, especially in the southern areas.

“A high-pressure system can act like a forcefield that keeps storms out,” he said. “So, barring tropical storms forming and delivering rainfall, I’m not optimistic about outlooks for July and August.”

But state officials are already tracking rising numbers of wildfire ignitions statewide. Since June 9, Texas A&M Forest Service and local fire departments responded to 90 wildfires that burned a total of 21,692 acres. Many of the wildfires were sparked by equipment use, welding, mismanaged debris burning, and roadside starts.

Most areas needed moisture. A few areas received 0.5 to 1 inch of rain. Rain was in the forecast. Temperatures were in the 90s. Brush control was being done. Producers were cutting and baling hay, but yields were below average. Pastures dried down significantly, and corn received rains a little too late as most fields had tasseled and formed ears. Early season corn looked promising, but late-planted fields needed rain badly. Corn silage harvest started. Cotton needed rain within the next five to 10 days. Nearly all counties reported short soil moisture. Overall rangeland and pasture conditions were mostly good, while crop conditions were fair. Livestock conditions were good overall.

Several areas in the district received much-needed moisture ranging up to 5 inches of rain. Other areas were still dry, and producers were hopeful to receive moisture from rain in the forecast. Cotton producers continued planting, and some were preparing to replant due to an excess amount of rain and hail damage. Winter wheat was about 95% harvested. Pasture and rangeland conditions were fair to good and continued to improve.

There were scattered showers with hit-or-miss rains. Early planted corn was denting and drying down quickly. Many growers were putting harvest aid on sorghum fields, and some grain sorghum was already harvested. Tillering of sorghum continued to be an issue as green heads would delay harvesting. Cotton responded well to previous rains and was setting bolls and shaping up to be a good crop. Rice was starting to head out. Hay production was in full swing with average to excellent yields reported. Livestock were doing well. Some producers were making management decisions to cull or adjust stocking rates as they moved into the summer months.

Drier weather slowed hay growth. Most producers were able to get a second cutting of hay, but more rainfall will be needed for a third. Pasture and rangeland conditions were fair to good. Subsoil conditions were adequate, and topsoil conditions were short to adequate. Vegetable crops were still being harvested and looked good. Pasture and hay meadows were being fertilized and treated for weeds. The pecan crop looked good with some aphid flare-ups reported. Grasshoppers were reportedly eating their way through hay meadows. Wild pigs remained a major problem. Cattle prices were down again. Livestock were in fair to good condition.

Subsoil and topsoil moisture levels were extremely poor due to no measurable rainfall. Winter wheat and rangelands were in fair condition. Producers were mostly finished planting what they could without rain and continued to irrigate where possible. Cattle were in good condition.

Northern parts of the district reported short to very short topsoil moisture and short subsoil moisture. Central and southern areas reported very short subsoil and topsoil moisture levels. Pasture and rangeland were reported to be fair to very poor. Winter wheat was 75%-90% harvested. Corn was in good to fair condition. Cotton and sorghum conditions were poor to fair. Soybeans were good to fair. Peanuts in the southeast corner of the district were in good to fair condition. Hot and dry conditions negatively affected all crops and forages.

Temperatures averaged above 100 degrees with lows in the mid-60s. Rain showers produced 0.5 to 3 inches of rain mostly in central parts of the district. Hail and small funnel clouds were spotted, but minimal damage occurred. High winds and hot days caused rangeland grasses to dry out. Fires have become more prevalent in some areas. Areas that received storms reported flooding and washed out fields. Emerged cotton was damaged, and the majority that hadn’t emerged was most likely washed out. Most all dryland cotton was expected to fail, and sorghum was not expected to produce much if anything. Irrigated cotton was suffering and will worsen as plants get closer to blooming. Corn pollinated and was now in the soft dough stage. Water use was at its peak, and growers would like to shift some water to cotton. If they do, corn will suffer without rain. Watermelons and pecans were hanging on but needed water. All remaining winter wheat and oats left were grazed out. Most pastures had little to no grass, and cattle were relying on supplemental feed. Some liquidation may start soon. Shipping of lambs began. Farmers finished up cotton planting and replanting.

Days were hot, dry and windy. Cotton planting neared completion with most dryland fields needing moisture to emerge. Irrigation had difficulty keeping up with crop moisture requirements. Rangelands and pastures showed signs of moisture stress. Livestock were in fair to good condition. Cattle markets were steady with large runs reported.

Most areas reported very hot, dry conditions. Rain was received, but more was needed. Most producers were able to cut and bale hay during the dry spell. Rain was in the forecast. Pastures were holding on but needed rainfall. Vegetables needed to be watered daily to maintain production. Livestock were in good condition. Rangeland and pasture ratings were excellent to poor with good ratings being the most common. Soil-moisture levels ranged from adequate to very short with adequate levels being the most common.

Warm and dry conditions continued across most of the district. Kinney County reported up to 2 inches of rain. Overall, heat and lack of moisture negatively affected some crop progress but crops generally were not showing high levels of stress. Hay harvest was in full swing. Corn looked good. Sorghum looked good with most fields headed out and starting to color. Cotton looked good and started squaring but had not set bolls yet. Peach season was in full swing. Rangeland and pasture conditions were declining with the lack of moisture. Livestock and wildlife were still in fair to good shape. Sheep shearing continued. Livestock markets reported cow prices were up, and calves were steady. Counties reported fawn and young turkey sightings. Coyote sightings were increasing as watering sources dwindled.

Most areas reported mild weather conditions with very short to adequate soil moisture levels. Daytime temperatures were in the 90s. Maverick County reported 2-3 inches of rain and cloudy conditions. Jim Wells County also reported 2-plus inches of rain. Frio and Starr counties reported some scattered rainfall. Peanut planting continued. Corn was maturing and drying out. Cotton was in the bloom, and Bermuda grass hay was being cut and baled. Hit-and-miss rain showers in Hidalgo County made it hard for farmers to cultivate their sesame crops and spray their cotton. Showers have also slowed hay production. Grain sorghum and cotton in Hidalgo County continued to be harvested. Corn was drying out and nearing harvest time as well. Irrigation applications were active on cotton, cucumbers and corn. Melon harvest was expected to begin soon. Sorghum fields made good progress. Wheat and oat harvests were completed. Wind speeds decreased, which helped moisture to stay in the topsoil longer. Food plots of sorghum and sunflowers were growing. Irrigated crops like the watermelons, cantaloupes and coastal Bermuda grass were in good condition. Livestock producers reported native rangeland and pasture conditions were mostly fair to good but declining in drier areas. Forage production in wetter areas continued to improve. Volumes at local cattle auctions remained low and cull sales declined. Feeder calf prices were low but steady for this time of year. Pecan growers were busy applying irrigation water, with no severe insect pressures reported.