Suicide is a difficult topic that needs to be discussed. 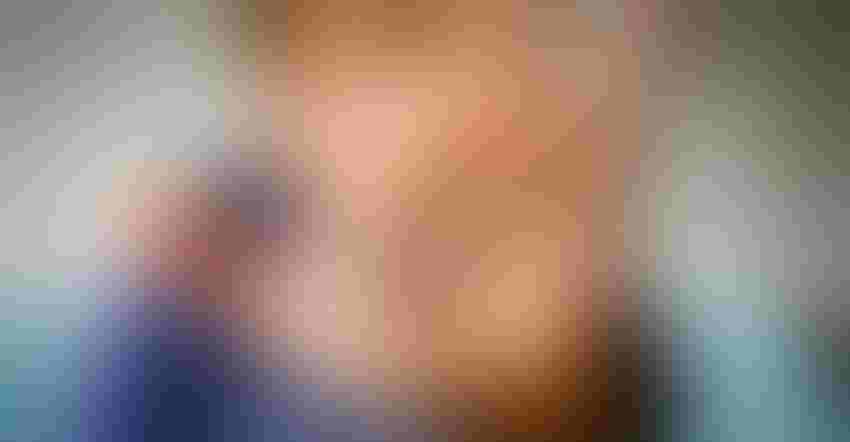 REACH OUT FOR HELP: A lot of stressors impact Americans from a lot of different directions, but asking for help is not a sign of weakness.ligonpix/Getty Images

This spring brings the hope of a new growing season and the promise of a new calf or lamb crop. But the season also brings with it continued pandemic issues, global unrest and uncertain ag economic forecasts.

According to data released in February by the USDA Economic Research Service, net farm income for this year is forecast to decline 7.9% to $113.7 billion, down from $123.4 billion last year.

Also, 2021’s drought could continue for this year. Most of the western United States, including the western parts of North Dakota, South Dakota and most of Nebraska, may see the drought persist, according to the National Oceanic and Atmospheric Administration.

As stressful times persist, regardless of the source, that stress takes its toll on everyone, and some people feel they can no longer cope. Stressors compound and weigh down everybody differently, and some reach a conclusion that life may no longer be worth living.

At any given time, 1 in 25 people is thinking about suicide to some degree, according to Livingworks.net. Each year there are 1.4 million suicide attempts; that’s one every 28 seconds. More than 47,000 succeed. It is said that for every death, 147 people are impacted.

Sadly, we’ve probably all been impacted by a suicide, so it is easy to see how that ripple effect spreads across a rural community.

With all of the stressors prevalent in agriculture and rural communities, it should come as no surprise that their suicide rates are 2 to 3.5 times higher than nationally. These aren’t simply numbers; these are real people. Our neighbors. Our friends. Our family.

These real people need real help, but the problem is those who feel suicidal do not declare their intentions. Many farmers and ranchers are used to just working and not talking about their feelings. It’s estimated that 1 in 4 U.S. adults need help but won’t ask for it.

So what can be done? Help is available for both the person wrestling with a heavy burden and for that person’s loved ones. You don’t need to be a therapist. If as a friend you can crack through the tough exterior, maybe you can get that person the help they need.

Learn how to help

To find out how to help those in need, you can become trained in suicide prevention by attending a SafeTALK session sponsored by LivingWorks Education at livingworks.net, an international suicide intervention training company. TALK stands for Tell, Ask, Listen and Keep safe. A four-hour session can teach you the best way to have frank conversations that can make a difference in someone’s life.

You don’t have to provide your friend or family member with all the help they need. But if you can talk about your observations, you may get your friend to open up enough to lead them to the professional help they may need and want.

Sometimes those who feel overburdened may feel as though no one cares. If your observations see a friend hasn’t been acting quite like themself, ask them about it, and don’t be afraid to address the elephant in the room. If you fear that suicide might be on the table, ask directly if they are thinking about suicide. Experts say the question will not plant the idea if it had not previously been on their mind.

Such conversations are tough, but just being there for a friend and getting them the help they need can make a big difference in their life — and the lives of so many others.

Other resources for assistance include: