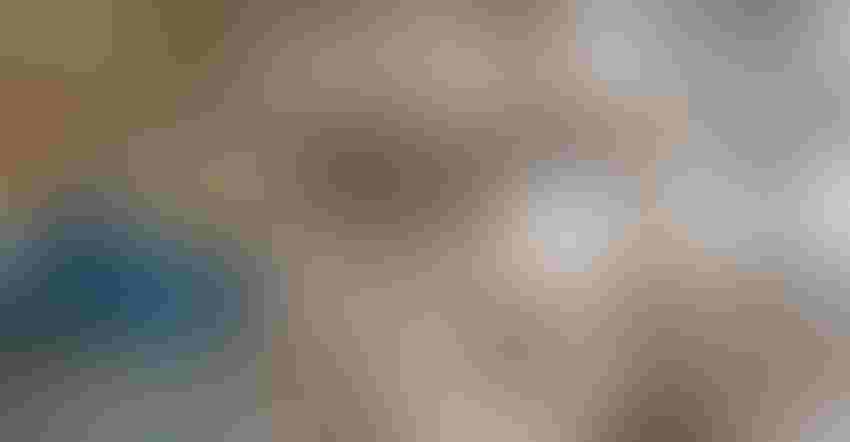 Prices on a wide range of items found in traditional holiday recipes including eggs are higher than last year.Laura McKenzie, Texas AgriLife Extension

Costs for preparing holiday meals will be higher this year as prices for most everyday staples and specialty items used in traditional baking recipes are up, according to a Texas A&M AgriLife Extension Service expert.

Some items like flour, sugar, eggs, potatoes and milk are staples throughout the year, but consumer demand ratchets up during the holidays due to increased baking of traditional fare, Anderson said.

“I think everyone is noticing higher prices on most products, and grocery items are no different,” he said. “Right now, we’re seeing prices go up on many everyday staple items to specialty items we traditionally prepare for the holidays, so the cost of Thanksgiving lunches and dinners is going to be higher than recent years.”

Sugar prices are up 2.8% compared to this time last year, according to a USDA consumer price index and outlook report. There were no official reports available focused on baking flour, but Anderson suspects extreme drought cutting yields in major wheat production states by as much as 50% will likely mean higher prices.

Retail egg prices are up 29% to $1.82 per dozen vs $1.41 per dozen last year, according to the USDA egg market overview. Consumer demand has been surprisingly low but are expected to pick up heading into Thanksgiving Day, and egg production is down a little over 1% compared to last year.

The price for a gallon of fresh whole milk is up 7.6% to $3.66 compared to $3.38 this time last year, Anderson said. Production of total fluid milk was almost the same, and prices for other milk products like cheese, butter and sour cream have changed some, but Anderson said those changes are difficult to quantify.

Wholesale cheddar cheese is down almost 3% to $5.40 per pound compared to $5.58 per pound last year, while butter prices were up around 5% per pound. A separate USDA Agriculture Marketing Service report indicates cream availability has been short in central and eastern states. Subsequently, some butter production schedules have been hindered by tightened supplies, labor issues and delayed deliveries.

“Feed prices and decreased production are among the top factors driving egg prices up, but then the dip in cheddar prices compared to rising butter prices is a little bit more difficult to say why with the available information,” he said.

Pinpointing contributing factors for the mixed bag of price increases and decreases for other holiday staples from potatoes to cranberries is also difficult, Anderson said. Overall, fresh fruits and vegetables are 2.7% higher than last year, according to the USDA consumer price index report.

Price reports for squash and onions were similarly variety dependent. Butternut and zucchini squash prices were up whereas prices for crooked-neck squash were down 23% based on weighted averages. Prices for sweet and yellow onions were down 4% and 18%, respectively, while the price of red onions was 50% higher.

“The retail report is a sampling of 2,700 stores and based on price averages across the country, and this mixed bag of price fluctuations could be indicative of a number of factors. It typically goes back to supply and demand, so if prices went down, they likely had a good crop or lower than normal demand, and if the price went up, there might be an issue in production or supply and/or increased demand.” 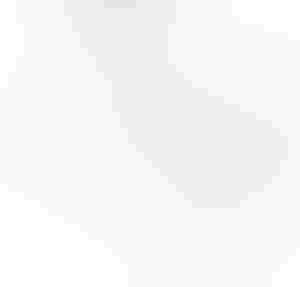 Field activity and winter wheat planting was close to starting up again after heavy rainfalls and excessive moisture put a halt to plantings. Good moisture conditions helped oat and wheat emergence, and fields looked good and uniform. Some tillering-stage oat fields were showing signs of nitrogen deficiency, possibly due to excess rainfall. Cool and wet conditions triggered a moderate flush of winter annuals, especially henbit. Stock tanks were mostly full now, and the livestock were in good condition. Pasture and hay field conditions continued to decline with cooler temperatures and shorter days. Some spring planting preparation began, and the last hay bales were being trucked off fields. Producers were beginning to feed hay.

Winter wheat emergence continued to be spotty depending on soil moisture. Some areas received up to half an inch of rainfall. Humidity levels were helping maintain soil moisture in some areas, but warm, windy conditions were depleting soil moisture in other areas. Replanting of winter wheat was taking place. The cotton crop looked to be good with harvest starting. Stocker cattle were being turned out on fields with enough wheat growth. Croplands were very dry, which was helping cotton harvest. Peanut harvest was underway. Warm-season grasses were on the decline. Many producers have quite a bit of standing forage and were taking advantage of it by holding calves a little longer. Some pastures were becoming a little short on grazing due to stocking rates and frost.

Cooler and wetter conditions continue to prevent the small amount of remaining cotton in fields from being harvested. Fall field work was well underway where producers were able. High feed, fertilizer and herbicide costs were concerning producers about their ability to remain profitable over the next year. Some producers were considering fertilizing, but only after soil sample analysis because of high prices. Pecan harvest continued with extremely low yields as extreme wet conditions over summer caused major pecan scab infestations. Hay growers were making a final hay cutting as summer grass growth was beginning to decline. Winter pastures were planted and growing with adequate moisture. Cattle were in good to excellent condition with steady to higher prices reported. Livestock auctions were receiving large numbers of weaned calves and cull cows. Hunting season was in full swing.

Winter pastures in most areas were not looking good due to the lack of rain. Pasture and rangeland conditions were poor to fair. Subsoil and topsoil conditions were short to adequate. Cattle markets picked up some. Livestock were doing fair to good with supplemental feeding taking place. Feral hogs continued to cause damage and be a problem for producers.

Cotton harvesting was in full swing across the district with reports that dryland fields were making up to 1.2 bales per acres with irrigated fields producing 1.7-2.2 bales per acre. High winds delayed some cotton harvesting operations. Early planted wheat had enough moisture to germinate and was in fair condition. The majority of the later-planted wheat fields had not emerged. Peanut harvest was wrapping up. Sorghum, corn and sunflower harvests were underway. Cattle were in good condition on pastures.

Conditions remained dry. Producers were wrapping up corn harvest with yields average to above average. Grain sorghum harvest was going well with above-average yields for most producers. Winter wheat was being planted, and plantings will continue into December. Some producers were irrigating wheat to get some early grazing. Field preparations were ongoing with some manure and compost being applied to area fields.

Soil moisture ranged from very short to adequate with some scattered rainfall and cooler temperatures. High winds were drying out the topsoil. Cotton harvest continued with good yields reported for many locations. Soybeans were harvested. Oat conditions were excellent, and winter wheat was planted and emerging. Pasture and rangeland conditions were very poor to good. Livestock were in good condition. Cattle were slowly starting to need hay since grass was going dormant.

Temperatures were in the mid-40s overnight and the mid-80s during the day. No rain was received, and conditions were windier than normal. Winter wheat was planted, and most fields had emerged. Cotton harvest was wrapping up. Some early maturing pecans were harvested, but producers were still waiting on a good freeze for shucks to open and dry out to finish harvest. Pastures were getting dry. Producers continued to feed livestock and wildlife. Deer hunters were in the area.

Temperatures were near normal, and all areas needed rain. Cotton harvest continued. Pecan crops were as expected with those with a heavy crop last year struggling and those who were light last year enjoyed a good harvest with very good prices. Wheat fields improved with some showers and warmer days. Feral hogs remained a problem in some grain fields.

Conditions were drying out, but some areas received some rain. Grass growth started to slow, but ryegrass was coming up nicely and other winter forages were being planted. Pasture conditions were mostly fair, and late hay was being cut and baled. Rice harvest was almost complete, and more rice was left for crawfish than ratoon cropped in some areas.

Temperatures were cooler with no precipitation reported. Fall-planted grain sorghum and most of the fall-planted corn was harvested. Irrigated winter wheat emerged and looked good to excellent. Dryland wheat needed rainfall to germinate and produce even stands. Most dryland fields were showing 50% emergence, which was a concern for grazing pastures. Cabbage and spinach fields were in various stages from just being planted to almost ready to be harvested. Rangeland and pasture were in excellent condition. Livestock and wildlife remained in good condition with little to heavy supplemental feeding.

Northern parts of the district were reporting very short soil moisture levels while, southern, eastern and western areas were reporting short to adequate levels. Temperatures were mild to cool with no rainfall in most areas. Some areas received scattered rains with Zapata County reporting 3-5 inches of rainfall. Peanut harvest continued. Pasture and rangeland conditions continued to decline due to lack of rainfall and were greening up in areas that received rains. Livestock were in good condition, but supplemental feeding continued to increase. Cattle producers were selling spring-born calves and cull cows steadily. Some cattle markets were reporting steady to slightly lower prices and average sale volumes. Hay producers were finishing a final cutting. Feed prices remained high at local suppliers. Wildlife were receiving supplemental food. Mesquite trees continued to defoliate. Producers were gearing up for winter crops. Spinach was being planted, and some crops like cabbage were being harvested. Winter vegetable crops were being irrigated. Row crop farmers were preparing fields for next year. Sugarcane was being harvested, and citrus trees were close to harvest with below-average yields expected.