Beef Brief: There are advantages to having an entire herd with the same genetic makeup. 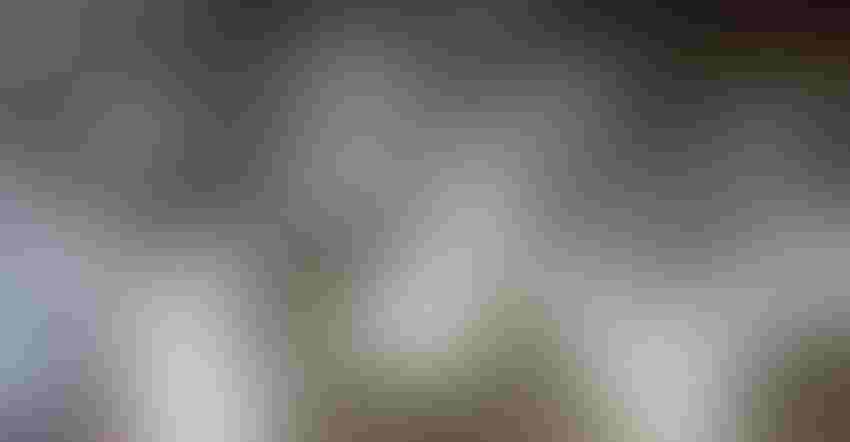 FLOCK OF LEARNING: At the end of the day, raising this batch of broilers was quite a learning experience, and it was certainly different than the beef cattle projects kids have managed over the previous 25 years. Stan Smith

Perhaps you’ve heard me say before that my ancestors settled near the banks of the Sycamore Creek in 1826. Like most back then, during their first 130-plus years in Fairfield County, Ohio, they farmed a little bit of everything, while providing for each of the several generations of Smiths that followed. They had some dairy, beef, hogs, chickens, a few sheep and whatever crops it took to feed the livestock.

Like most farms back then, they grew most of their meals. In fact, around the Smith farm, as recently as the late 1950s and early ’60s, perhaps the greatest treat one of the kids could experience was being chosen to help Grandma snare an old hen to make pan-fried chicken for lunch.

Back in the day, and probably into the 1970s, dairy cows were basically dual-purpose animals. Farmers obviously wanted milk and cream from them, but their bull calves were fed out on the farm for meat. Much like the cattle in the dairy were then, those old leghorns were a dual-purpose critter that served us well. The extra eggs were sold to the local creamery, and the spent hens had just enough muscle to make a pretty good meal.

Near the end of his high school years, our youngest, Evan, expanded his supervised agricultural experience (SAE) projects to include raising and marketing a batch of broilers — aka meat chickens — for the fair. That escapade began by turning an 8-by-16-foot section of the farm shop into a makeshift broiler barn. Starting with 52 1-day-old chicks, the project culminated eight weeks later with over 375 pounds of dressed poultry in the freezer.

Normally, those birds would have been harvested at 6 weeks of age with a live weight of ±7 pounds, but due to the fair schedule, these critters were a couple weeks older when harvested. Regardless, think about it, eggs from Cornish rock crosses were set; 21 days later a group of full siblings hatched within hours of each other. And in this case, eight weeks later, there was a uniform group of broilers dressed and in the freezer — each weighing within a few ounces of the other.

By now you’re wondering why on earth I’m sharing all this in a column focused on beef cattle. It’s simple. I discovered there’s lots a cattle producer might learn raising a small batch of broilers. In no particular order, here’s what we observed, which seems applicable to the beef cattle industry today:

Consider the big picture. The poultry industry doesn’t use “dual-purpose breeds” anymore. Chickens are bred specifically for the purpose intended — be it meat or egg production.

It’s all in, all out. All the eggs are set the same day and hatch the same day, and all the birds go to market the same day. Remarkably, each broiler was similar in appearance, muscled the same and weighed about the same at harvest. Guess what? When they got to our freezer, they were still similar, and when they came out of the freezer, they even tasted similar!

There are a few things that are similar between a beef cattle project and broilers. There are a few take-home lessons we might consider that are adaptable and lend themselves nicely to enhancing profitability for cattle producers.

Admittedly, the same beef cattle genetics won’t work in every part of the country, or even across one state. But certainly, there are advantages to having an entire herd with the same genetic makeup. Going a step further, each component of the breeding plan that results in calves with identical genetics could be included because of its distinct advantages — such as maternal trait female breeds being mated to terminal sires that complement the females with desirable performance and carcass traits.

Also, consider calving dates. While we will likely never get a cow herd of significant size to the perfect all-in and all-out situation, we observed with Evan’s broilers, certainly there are some things we can do to tighten up the calving season, thus allowing for easier herd management.

Add a fairly tight calving season to a herd of similar genetics, and we’re moving closer to not only critters that can be marketed in a large group together, but also carcasses that might look similar in the cooler and, ultimately, the meat case.

And if you stretch the lesson to include layers, I’m betting that when a hen quits laying, it doesn’t take long before she’s culled. I can’t recall ever hearing a laying barn owner say, “Let’s give her one more chance.” I doubt they’re raising their pullets in the same barn as their laying hens either.

At the end of the day, raising this batch of broilers was quite a learning experience and certainly different than the beef cattle projects our kids had managed over the previous 25 years. And at the supper table, while it wasn’t Grandma’s pan-fried chicken, nor did it hold a candle to the ribeye resulting from the Beef Performance and Carcass Quality show winner, it was pretty tasty.

While these may not have been Grandma’s chickens, they certainly work for today’s poultry industry.

Perhaps every cattle producer should raise a batch of meat chickens once!

Smith is a program assistant in the Fairfield County for Ohio State University Extension and a member of the OSU Extension Beef Team. The Beef Team publishes the weekly Ohio BEEF Cattle letter, which is found at beef.osu.edu.