Though time is not their friend, growers in California still have no confirmed positives of the disease in their groves 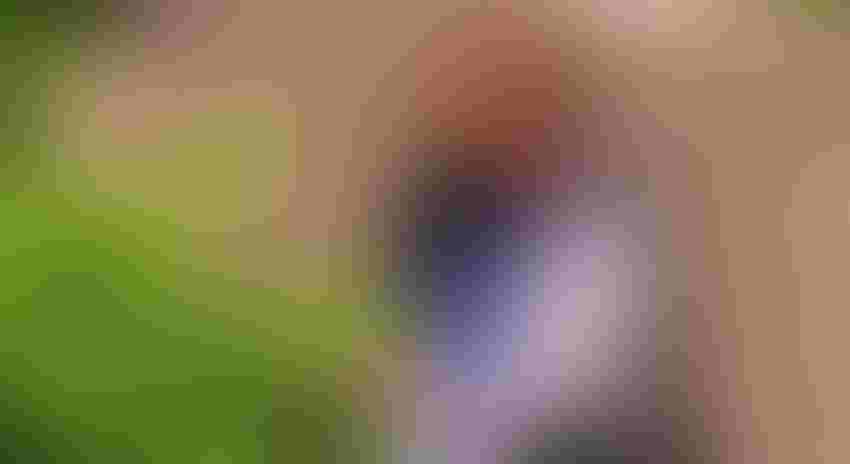 The rapid march of a deadly citrus disease across much of southern California has commercial growers there and in the San Joaquin Valley rightly concerned. Though time is not their friend, growers in California still have no confirmed positives of the disease in their groves eight years after it first appeared in the state, perhaps a testament to some scientific success and a whole lot of luck.

Elsewhere in the world, particularly in Florida, history suggests a much shorter period between introduction and pandemic.

"We were just talking about that the other day," Grafton-Cardwell said. She believes the disease may already exist in commercial citrus, as evidenced from recent trained canine visits to groves in Ventura County. Still, for reasons not fully understood, it has not been confirmed through the only method California recognizes to confirm presence of the disease: the PCR or polymerase chain reaction test. This is a laboratory-based method whereby small samples of plant DNA are amplified for detailed study.

Death by a thousand cuts

Grafton-Cardwell calls the disease "death by a thousand cuts" for how scientists believe it's spread. Psyllids feed on new flush or growth on a citrus plant. Much like a mosquito infects a human with disease, psyllids inject bacterium into the plant through feeding. While one infected psyllid can leave behind enough bacterium for the disease, she believes it's through multiple feeding injection points that spreads a bacterium that eventually goes systemic in the tree.

"If you get lots of injection points a tree can go down very fast," she said. "We saw that in Florida."

California growers have also used Florida as their case study of what not to do. Farmers there did not view the psyllid as dangerous when it was discovered, instead considering it just another pest to deal as they fought challenges unrelated to ACP and HLB. Inattention to the insect and climate conditions quickly spread the pest and disease around the state.

Over time researchers learned not just the biology of the psyllid and how it feeds and infects trees, but a little about the disease the insect vectors. While the ACP is well-established in southern California, where residential trees are left untreated and little-managed at best, commercial growers have been encouraged by researchers and their peers from Florida and Texas to take the insect seriously. The goal: hold back the disease if possible.

To date, HLB has not been confirmed in commercial citrus in California, perhaps a testament to science and a bit of good fortune. Meanwhile, about 1,900 residential citrus trees across southern California have been removed by state officials after testing positive for the disease.

"I think we're lucky because the weather here is drier and hotter, and the flush hardens off quickly, so the psyllids have no place to lay their eggs," Grafton-Cardwell says.

This understanding of insect behavior – knowing that the ACP feeds only on new plant tissue and lays its eggs there – has helped Extension specialists and researchers point citrus growers to effective insect control strategies in commercial groves. Moreover, her expertise has been used by the State of California to develop regulatory programs to slow disease progression across the state.

From this knowledge was borne two key practices: state-mandated removal of confirmed-positive trees to reduce the inoculum available to be vectored; and, voluntary area-wide insecticide treatments, a method that encouraged growers to simultaneously treat their groves with approved insecticides.

"I think these helped tremendously," she said.

Victoria Hornbaker, chief of the California Department of Food and Agriculture's Division of Citrus Pest and Disease Prevention, said Grafton-Cardwell's expertise has helped state regulators as they attempt to stay ahead of the insidious disease.

One example of Grafton-Cardwell's work recently ended in parts of California. Through a grant, teams of researchers trained to survey for the ACP in backyards and citrus groves scoured the landscape across southern California, looking for the insect in commercial groves. While those surveys turned up insects in residential yards, they could not find them in commercial groves, even in groves adjacent to residential properties.

"That's a nod to what our growers are doing to control this pest," Hornbaker said. "It's also a testament to Beth's work and advice."