Made in Oklahoma Program grew by 46% during 2021 as people capitalized on downtime. 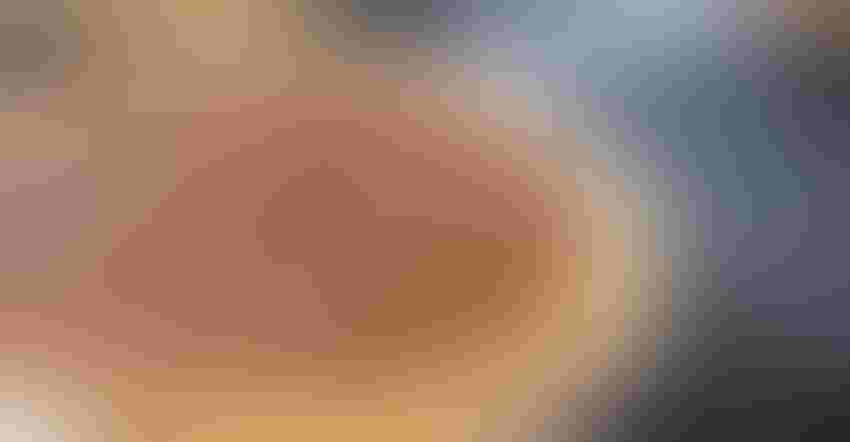 Field's Pies in Pauls Valley is a founding member of the Made in Oklahoma Coalition. The tasty pecan pies are distributed to 25 states throughout the Southwest.Todd Johnson, OSU Agricultural Communications Services

December, recognized as Made in America Month to honor American products, is a great opportunity to promote what is grown and produced in Oklahoma.

The Made in Oklahoma Coalition and MIO Program are managed by the Oklahoma Department of Agriculture, Food and Forestry (ODAFF) to advocate for Oklahoma entrepreneurship and drive the state’s economy. Oklahoma State University’s Robert M. Kerr Food and Agricultural Products Center (FAPC) reported in 2017 that the business activity of MIO Coalition companies alone resulted in 58,268 jobs for Oklahomans and nearly $965 million in payroll.

“FAPC works to not only introduce new companies to the Made in Oklahoma program, but also work one-on-one with them to assist in product development and operations,” said Andrea Graves, a FAPC business planning and marketing specialist who also serves on the MIO Coalition board of directors. “We have resources that can help them get started as an entrepreneur and make their first sale dollars. We continue to work with them as their needs change and their businesses mature.”

MIO Program
The MIO Program has been around since 1991 and is a free service for its more than 700 members and 60 participating retailers. In 2019, the program was successfully rebranded and gained a lot of attention before COVID-19 disrupted the world a year later.

“In 2021, we grew by 46%,” coordinator Jenna Brinlee said. “People were interested in creating new businesses and capitalizing on their downtime.”

Participating members are granted access to MIO branding and can share vendor costs with ODAFF at large, statewide exhibition events such as the Oklahoma State Fair and the Tulsa State Fair. Members receive their own profile page on the MIO program website and are showcased in MIO social media, local news segments, podcast episodes and other marketing strategies.

“Any type of product is eligible, from woodworking and jewelry to soaps and candles,” Brinlee said. “The only requirement is that it’s grown, processed or manufactured in Oklahoma.”

Beekeeper Lori Beth McDonald in Tulsa joined the MIO program as Okie Bee Farms in 2018 and registered the artist co-op Hummingbird Fine Craft as an MIO retailer in 2020.

“I have the MIO logo on every honey product I sell,” she said. “I get calls and emails all the time from people who say they found my name on the MIO website. This business is how I make my house payment, and I appreciate how the MIO program helps spread the word about small businesses like me.”

MIO Coalition
FAPC has been involved with the coalition since it began, helping write its bylaws and welcoming new members with business education opportunities. Even though some of the companies compete in the same food sector, they are friends and business associates who believe in Oklahoma products and support strong partnerships with OSU.

“Just because coalition members are bigger doesn’t mean we stop helping them. These companies are always looking for resources such as OSU graduates who specialize in food science, safety and quality control,” Graves said. “We’re very proud of our working relationship with the coalition.”

The coalition is a cooperative of Oklahoma-based food companies that are committed to raising awareness for locally made food and beverage products. Coalition members pay a $350 annual fee to participate in cost-share marketing programs at a reduced cost. Established in 2000 with seven founding members, the MIO Coalition includes more than 90 member organizations.

“For the past five years, we have grown by at least 10 members every year and have expanded into many new product categories, such as craft beer, fresh produce and gluten-free items,” said Emily Shuping, MIO Coalition coordinator.

Businesses that qualify must generate at least $100,000 in annual sales. MIO Coalition marketing enables member companies to expand into new retail markets and increase their footprint in grocery stores. More than 700 restaurants participate in the MIO Coalition Restaurant Program and are required to use products from at least five different Oklahoma-based companies.

“Our goal is to raise awareness of locally-made products and build brand preference for those local foods,” Shuping said. “As people shop this holiday season, we hope that supporting local businesses is at the forefront of their minds.”

Chris Fields is one of the coalition’s founding members who has benefited from the wealth of business knowledge it provides. Field’s Pies launched in 1922 when his grandmother began baking pecan pies in her kitchen and selling them to a restaurant in downtown Pauls Valley. Today, Field’s Pies are sold in 25 states across the Southwest, and the company relies on MIO Coalition membership to promote its brand.

“Our social media is managed through the coalition,” Fields said. “It’s a close-knit family of great people who care about bringing awareness to MIO products. With its help, we’ve been employing people for 99 years, and we hope to do so for another 99.”

Other well-known food companies, including Braum’s, also see the value in coalition membership. The Tuttle, Oklahoma-based dairy and grocery chain operates in five states with more than 300 stores.

“The inclusiveness of being part of such a great group of Oklahoma companies is important to Braum’s,” said Amanda Beuchaw, the company’s public relations director. “We want to get the word out and share what the state has to offer.”

Shoppers are encouraged to support local companies and retailers year-round. April is the state’s official Made in Oklahoma month.