Scott has been with University of Arkansas System Division of Agriculture since 2002. 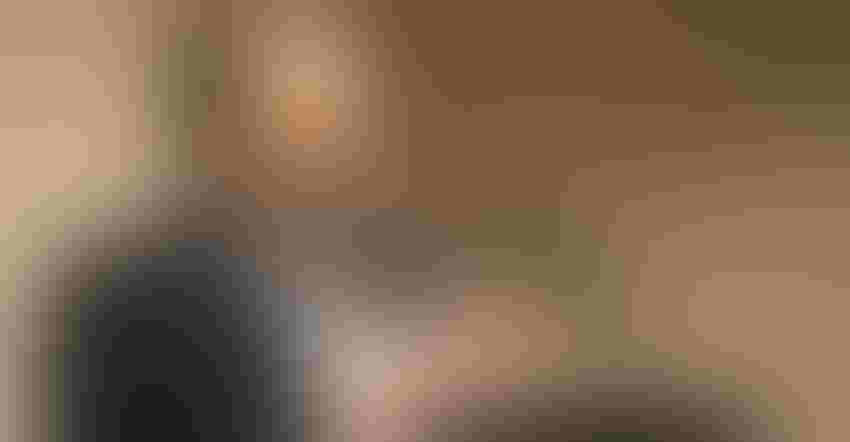 Bob Scott has been named director of Arkansas' Cooperative Extension Service, the organization that delivers the education outreach portion of the University of Arkansas System Division of Agriculture's land grant mission.

"We are extremely pleased that we were able to attract a candidate of Dr. Scott's caliber to this important position," said Mark Cochran, vice president-agriculture for the University of Arkansas System. "Dr. Scott brings a strong understanding of Arkansas agriculture and his long connection to the Arkansas Cooperative Extension Service will be a great asset as he assumes this role."

"We also want acknowledge the many contributions that Dr. Rick Cartwright has made to the state, the Division of Agriculture and the Cooperative Extension Service throughout his long and productive career," Cochran said. "He has been an exemplary Extension director, scientist, educator, administrator and friend and colleague. I know that we all wish him and Lynette the very best as he moves into retirement. He will be greatly missed but not forgotten."

As director and a senior vice president within the University of Arkansas System, Scott will face significant challenges. His statewide workforce will be in various stages of returning to the office while COVID-19's progress takes unpredictable turns. Also, the Extension service, as with all the entities within the University of Arkansas System, is replacing its fundamental financial and human resources processes, creating unity between the Division of Agriculture's research and Extension arms.

"I am coming into this position with the objective of seeing the Cooperative Extension Service grow and advance," Scott said. "We need to keep pace with a rapidly changing society, advances in technology and lead by example in social issues which also divide some parts of our society today. I look forward to these challenges and see only opportunities for us as we go forward.

"It will be a challenge to replace Dr. Rick Cartwright and I cannot begin to express how much I enjoyed working with him, having him as a boss and mentor for the past 18 years," he said. "I only promise to do my best, a promise I would also expect from every Extension worker going forward."

Scott, who grew up on a family farm in Binger, Okla., is no stranger to the Cooperative Extension Service. He joined the Division of Agriculture as an Extension weed scientist in 2002. During his tenure, he also maintained a partial appointment within the Arkansas Agricultural Experiment Station, the division's land grant research arm.

In 2013, he picked up an administrative role as director of both the Newport and Lonoke Extension Centers, a position he held until March 2018.

In April 2018, Scott was appointed director of the Rice Research and Extension Center, where he oversaw rice breeding and facility modernization on the 1,000-acre facility near Stuttgart.

Cochran said Scott's experiences at Stuttgart, Lonoke and Newport "as well as his years of service as a weed science specialist have prepared him well for his new duties. And he was even a 4-H'er growing up on the family row crop and cattle farm in Oklahoma. We expect great success for the Extension service under Bob's leadership."

"I think it is timely that I had the opportunity to gain more experience on the Arkansas Agricultural Experiment Station side as we move into a new era with a unified Division of Agriculture," he said. "I believe in this change and feel we will be a better organization because of it."

Scott said he has faith in the resilience of the faculty and staff of the Cooperative Extension Service, a characteristic he's seen as work continued through COVID-19.

"During this crisis I have observed the expected innovation and acceptance of challenge that I would expect from the Cooperative Extension Service," he said. "I believe we should be leaders during this time, learn new ways of doing business and continue to be of value to our stakeholders I have faith that we will not only survive this challenge but emerge on the other end of it with new ways of doing business and fulfilling our mission."

Agriculture is just one of four major subject areas in which the Extension service works. The Cooperative Extension Service delivers youth development programs through Arkansas 4-H, has family, financial and health programs through its family and consumer science section and provides information for voters, policymakers and businesses through its community and professional and economic development section.

Source: U of A System Division of Agriculture, which is solely responsible for the information provided and is wholly owned by the source. Informa Business Media and all its subsidiaries are not responsible for any of the content contained in this information asset.