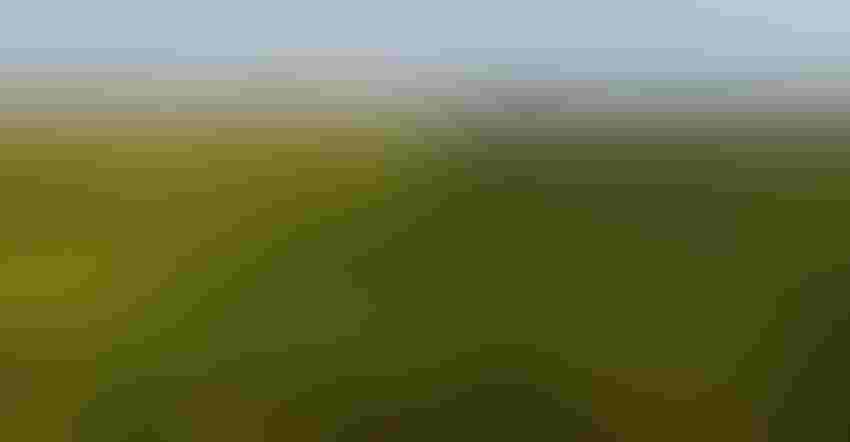 As we reflect on 2020, the difference between those first couple months of the year and now are astronomical. In the farming community, the same can be said about early August versus early September crop conditions.

While dry weather persisted across pockets of the Midwest at the time USDA and traders were compiling data for the August World Agricultural Supply and Demand Estimates (WASDE) report, most in the industry believed yields would shatter records and new production highs would dominate the headlines as farmers geared up for harvest.

But Mother Nature had other plans. And as another WASDE report nears tomorrow, September estimates will begin to trend radically more different than those of August. Here’s a preview of what to expect ahead of tomorrow’s reports.

After months of solely focusing on demand factors, this most anticipated results of tomorrow’s report will inevitably focus on the supply side. USDA-NASS resurveyed Iowa farmers whose crops were damaged in the August 10 derecho wind storm in recent weeks and the results are expected to be factored into new yield and production estimates.

But even with lower than expected output, there is still a very real chance corn yields could set an all-time high. The previous high of 176.6 bushels per acre (bpa) set in 2017 may not stand up to 2020 yields if favorable growing conditions in marginal crop ground can offset losses incurred in the top growing areas.

Soybeans were believed to have withstood a dry summer more resiliently than corn going into August. But hot temperatures and depleted soil moisture levels sent pods aborting across the Midwest, raising concerns about yields that appeared to be on track for record highs in early August.

The average trade estimate of 51.8 bpa for soybean yields falls just shy of 2016’s record of 51.9 bpa. The trade range of 50.8 bpa – 52.9 bpa still leaves room for a potential record high, but cooler temperatures and shortening days in the Northern U.S. as growers prepare for harvest mean that tomorrow’s WASDE report could put in a ceiling on 2020 soybean yields.

But with a year-over-year increase in soybean acreage, volumes will still compete for a spot in the top third or fourth places. The trade has already priced in a range of 4.217 billion to 4.391 billion bushels. A significant decrease in harvested acreage or better than expected yields would be cause for significant price movement following tomorrow’s report.

It’s no secret that corn demand has taken the brunt of the demand shock that accompanied the coronavirus pandemic. To date, USDA has slashed 415 million bushels of corn demand from 2019/20 balance sheets since the pandemic began in March, swelling 2019/20 ending stocks to their eight-highest level in history.

But corn export demand continues to struggle even as the dollar weakens. USDA’s August corn export demand forecast expects 1.795 billion bushels of U.S. corn to be shipped to international buyers. But with a single left remaining in the marketing year, only 1.681 billion bushels of corn have left U.S. ports, leading to a 114.3-million-bushel shortfall. If there are old crop corn demand cuts to be made in tomorrow’s report, the chances are good it will be to exports.

Strong domestic soybean demand will likely lead to a tightening of old crop stocks. July crush volumes soared past trade expectations, notching the fifth-largest crush volume in history. USDA has been very optimistic about soy crush demand and with good reason. Expect that trend to continue.

But in the meantime, U.S. exporters have shipped 1.63 billion bushels to international destinations in the 2019/20 marketing year, with the lion’s share destined for China (580.2 million bushels). USDA’s projection of 1.65 billion bushels will likely remain unchanged in tomorrow’s report regardless, simply based on strong loading paces in the past few weeks.

Smaller 2020 production forecasts will tighten ending stock levels for both corn and soybeans, provided no further demand adjustments are factored into USDA’s calculations tomorrow. Futures markets have already priced in 2.177 billion – 2.589 billion bushels of ending stocks for 2020/21 corn and 900 million – 978 million bushels for soybeans. Upside price potential is possible if 2020 harvest projections come in smaller than expected but will be severely limited if USDA makes usage cuts to 2020/21 corn and soybean balance sheets.

New crop wheat stocks are expected to remain constant, though the market has priced in room for large variances. U.S. wheat exporters continue to post strong weekly volumes, up 1% from a year ago. And while demand for wheat milling for flour stumbled through a rocky second quarter in 2020, durum demand rose nearly 12% during the pandemic and is not slowing down any time soon.

An increase in global wheat movement in July and August will likely support a slight tightening of global wheat stocks in tomorrow’s WASDE. France – the largest wheat producing country in the EU bloc - will likely export 40% fewer soft wheat bushels in the 2020/21 marketing year than a year prior. And Argentina, the world’s sixth largest wheat exporter, will likely see shrinking exportable supplies as the hard red winter crop weathers dry soil moisture levels and frost damage.

But strong harvest forecasts in Russia and Australia will likely limit any significant tightening of the global wheat supply. Regardless of tomorrow’s adjustment, 2020/21 global wheat ending stocks will still be the largest in history. Import demand will be crucial to sustaining current price levels.

A smaller U.S. corn crop will likely have a heavy impact on global stocks. But keep an eye on China’s production estimates. Flood and wind damage from typhoons in the country’s top corn-producing region in the Northeast inflicted further damage to the drought-stressed crop. The region grows nearly 4 billion bushels of China’s 10.3 billion bushels of 2020/21 production, as estimated by USDA in August. A smaller Chinese corn crop could bode favorably for U.S. corn exports.

Ending soybean stocks are expected to tighten in both crop years, due in large part to strong Chinese usage rates. Traders will be eyeing any adjustments to China’s import levels, which were increased by 110.2 million bushels to 3.637 billion bushels in the August WASDE due in large part to the rapid recovery of the Chinese hog herd. But they will also be monitoring exportable supplies out of Brazil, the U.S.’s formidable foe in the global soy supplier competition.

The much-anticipated U.S. corn and soybean fall harvest forecasts are expected to be the most significant market movers in tomorrow’s report. But keep a sharp eye out for these other factors that could impact prices in tomorrow’s WASDE report.