A recession is probably on the way, but it's not time to panic, university advises. 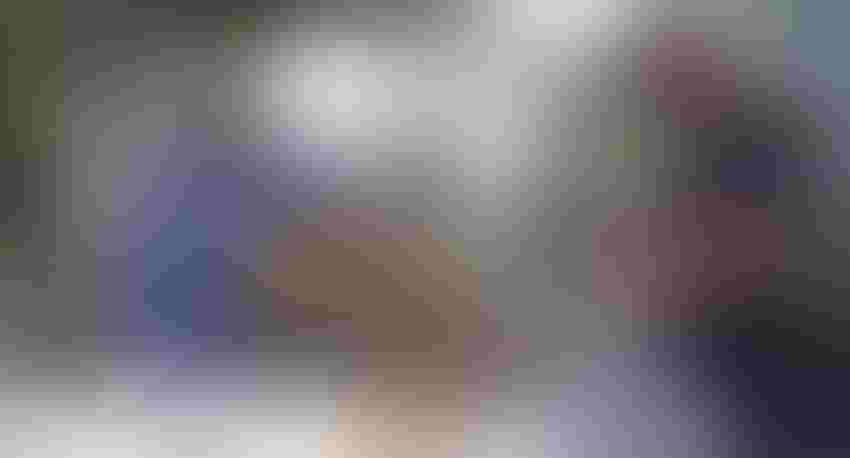 Right now, the U.S. economy can best be compared to a campfire on the verge of getting out of control.

“We are in a relatively hot economy, and that is being shown by the strong job market and the fact that wages have gone up 5.1% since last year,” said Stephan Weiler, a professor of economics at Colorado State University. “This is great, but the other thing driving this hot firepit is inflation, and that’s impacted the prices of everything from groceries to home goods.”

If you think about the economy as a campfire, then you could consider the Federal Reserve the firefighters who have the unenviable task of preventing it from turning into a full-blown wildfire – all while simultaneously ensuring that the flame isn’t extinguished entirely.

Weiler, the co-director of CSU’s Regional Economic Development Institute and a former Federal Reserve research officer himself, has been monitoring the unique phenomenon happening in the U.S. economy. Here are his takeaways from the latest jobs report, and thoughts on what to expect as we enter 2023.

Recession on the way

As of early December, the U.S. inflation rate stood at 7.7%. That’s less than the nearly 10% inflation from earlier this year, but it’s still well above the 2-3% number that the Fed is hoping to achieve.

Interest rates are the Fed’s biggest tool to combat inflation, and the U.S. central bank has already hiked the short-term borrowing rate six times this year. Weiler said more increases are likely in the months ahead.

“The interest rates are the equivalent of throwing buckets of water on this firepit, but cooling it down could put it out entirely, causing a recession,” Weiler said.

However, Weiler added that if the U.S. economy does enter a recession, “it will probably be a pretty shallow one.”

“A recession is unfortunate, and it means that people may start losing their jobs, but it’s a trade-off in the fact that every customer is getting hit with inflation, and combatting this problem could require a few sacrifices in the short-term,” he said.

Nevertheless, as of right now, the job market remains strong.

Case in point? In November, the U.S. economy added another 263,000 new jobs – evidence that despite inflation and interest rate hikes, the labor market continues to thrive. In fact, Weiler said there are currently 1.7 jobs for every unemployed worker.

But wages have not kept pace with inflation, and workers are spending more of their income on essentials as a result. Ideally, Weiler said the Federal Reserve considers adding 100,000 jobs per month to be a relatively stable number in the U.S when adjusted for population growth.

“What’s going to happen is the Fed is going to continue to raise interest rates until it sees a significant drop in inflation, and that could take a while  – in fact, I wouldn’t be surprised if we’re through most of next year before it drops back to the normal levels,” Weiler said. “Inflation will slowly decline, but we might have to go through a comparatively difficult period to get there.”

Inflation's impact on the holidays

Weiler said early data indicates that this will be a good holiday season with strong sales as people continue to celebrate coming together after the shock of the COVID-19 pandemic.

He also expects companies to have strong profits, since they’ve been able to raise their prices as consumers have adjusted to the reality of simply paying more for everything.

“It’s called an inflationary expectation,” Weiler said. “That’s where consumers get used to inflation and become less reticent about paying more for goods.”

But this only happens to a certain point. If people are paying more for necessities – think food and places to live – they’ll have less money for other items, period. And companies take notice.

“We’ve noticed in November and December there’s deep discounting by companies who are afraid of driving away the consumer with high prices,” Weiler said.

But since many products are inflated to begin with, this could end with consumers simply paying what they would have a year ago under the guise of a good deal.

A puzzle for the Fed

In this story, the Federal Reserve is undoubtedly the main character, and Weiler said no matter what they do, no one will be entirely happy.

“The key thing is the Fed is not meant to be anyone’s buddy – it’s meant to be independent from the president, Congress and anyone else,” Weiler said.

And the Fed isn’t just the centerpiece of the U.S. economy, but the global one. Europe is dealing with slightly higher inflation than the U.S., leading to high exchange rates for the dollar – which in turn, negatively impacts the lower-income countries that take out loans using this currency.

In summation, Weiler said this means all eyes are on the Fed, which is dealing with a level of inflation it hasn’t seen in decades.

“The Fed has had to tend to a nice, comparatively comfortable campfire for the past 40 years basically, to the point where some said inflation was over,” Weiler said. “They’re hoping that simply dropping water will do the trick, but if they sense a wildfire beginning, they’re going to start bringing out the airplanes and dumping the slurry.”