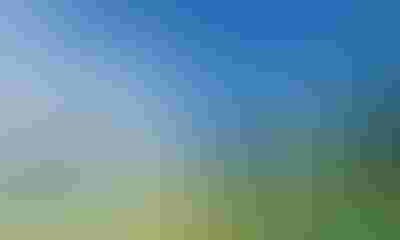 Syngenta AG Chief Executive Officer Erik Fyrwald appointed a new head of finance as he works to complete a new strategic plan for the world’s largest agrochemical company, soon to be acquired by state-owned China National Chemical Corp. for $43 billion.

Mark Patrick, who has been with the company for 23 years, will replace Chief Financial Officer John Ramsay, who has decided to step down at the end of September, the Basel-based company said in a statement on Wednesday. Fyrwald, who took the helm at Syngenta in June, is refining a plan for the company as it prepares for Chinese ownership, according to people familiar with the situation.

As a closely held company, Syngenta will be able to take on bigger commercial moves at lower risk as it looks to grow its portfolio spanning pesticides to genetically-modified seeds, said the people, who asked not to be identified because the CEO’s thinking is private.

A spokesman for Syngenta said it had nothing to add beyond Wednesday’s statement.

Ramsay, 58, has been at Syngenta since its creation in 1999, when Novartis AG and AstraZeneca Plc announced a merger of their crop-care businesses. As interim CEO from November through June, the former Imperial Chemical Industries executive has been instrumental in orchestrating its takeover by ChemChina, which comes amid an unprecedented wave of consolidation within the sector. The transaction is expected to close by the year end, after U.S. national security officials gave it the go-ahead last month.

“During his CFO tenure, Ramsay has shown a steady hand steering the company,” Christian Faitz, an analyst at Kepler Cheuvreux, wrote in a note. He “mastered” communication to investors on why cash flow could change erratically because of the unpredictable influence of weather on the business, he said.

Patrick is set to have a different CFO experience than Ramsay’s, according to Faitz. The job will be largely about internal communication with Syngenta’s Chinese parent, which plans to keep the Swiss company mostly intact, he said.

Faced with a slowdown in agricultural markets due to lower crop prices, there may be added emphasis on further lowering of costs at Syngenta as competitors consolidate to boost efficiency. Dow Chemical Co. is merging with DuPont, and Bayer AG is advancing toward a takeover of Monsanto Co.

Fyrwald spent 27 years at DuPont, becoming head of the agriculture and nutrition unit in 2003, before joining chemical distributor Univar as CEO four years ago. Further management changes are expected at Syngenta, which could see additional employees joining from DuPont, said the people.

ChemChina extended the tender offer to Nov. 8, and has secured commitments from lenders on a $12.7 billion loan for its Syngenta purchase, people familiar with the matter have said. So far some 19.3% of outstanding shares have been obtained, and the acceptance rate will significantly rise once all regulatory approvals are in place, Faitz said.

“We do not expect significant antitrust concerns, even with ChemChina having a controlling say in Adama,” a generic agrochemical company, Faitz said. The Chinese company bought Adama Agricultural Solutions Ltd. of Israel in 2011 and took it private.

To contact the reporter on this story: Andrew Noël in London at [email protected]

To contact the editors responsible for this story: Tara Patel at [email protected]