Farm families should start planning about 10 years before someone intends to retire. 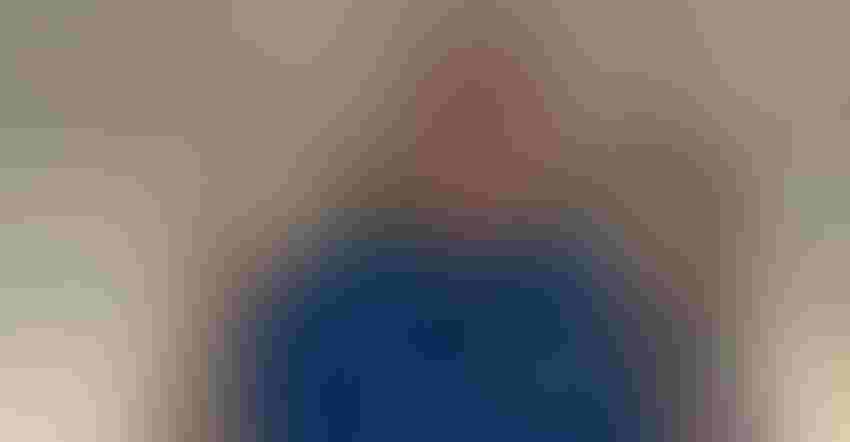 SUCCESSION: Getting started with succession planning is sometimes the toughest part in tackling what is sometimes an emotionally and financially charged issue, said Mike Fraleigh, a Michigan attorney specializing in farm succession and estate planning.Jennifer Kiel

Editor’s note: Michigan attorney Mike Fraleigh was a featured speaker at this year’s AgroExpo in St. Johns, Mich., and went through several considerations when drafting a succession plan. This article will explore a few of his points and will be followed with additional articles.

“Failure to plan is planning to fail — it’s an old adage, but there’s truth to it,” said Mike Fraleigh, a Michigan attorney with more than 20 years of experience specializing in farm succession and transition planning, as well as estate and trust planning. “That's pretty much the way it is with succession planning. If you don't think it out ahead of time, the chance of you being able to successfully transfer that farm down as an operating business to the next generation is pretty small.”

Fraleigh was a featured speaker at this year’s AgroExpo in St. Johns, Mich.

Getting started is sometimes the toughest part in tackling what is sometimes an emotionally and financially charged issue, said Fraleigh, who suggests farm families begin the process at least 10 years before a generation removes itself from the operation.

Giving yourself enough time allows for consideration of tax consequences and the financial foundation needed to transition the farm.

“A few years ago, I had a couple and their son come in with a farm succession plan, and they wanted me to legally finalize it,” Fraleigh recalled. “They had planned to sell some of the land and the equipment at a highly discounted rate, and their son would assume the $900,000 in debt the parents had. Well, they forgot to consider depreciation recapture on the equipment and capital gains tax on the land they were selling. And the big kicker was the assumption of debt income. So, when the son took over roughly $900,000 in debt, as far as Uncle Sam was concerned, the parents just had $900,000 in income.”

Had the document gone through without consulting a certified public accountant, they would have had just shy of a $1 million tax debt to the government. “We found another way to do the transaction, but that’s just one of the reasons you need a fair amount of time to plan these transactions,” Fraleigh said. “Uncle Sam is the greediest relative I have, and I don't like giving him any more than I have to.”

Another step in the process is to loop in the lenders to familiarize the next generation with farm finances, what's been borrowed, what's been paid back and what the payment plan is, Fraleigh said.

“There needs to be a relationship with the lenders before taking over, and the next generation needs to be educated on how the business operates and what it takes financially,” he said. “There’s a big difference between working on a family farm and actually running the business. I may have all the skills I need to do the fieldwork and the maintenance work, but if I haven't been exposed to the financial end of it or the marketing end, then I'm going to have a problem.”

Insurance agents need to be involved, too. That could be everything from business interruption insurance to environmental damage insurance.

“If someone becomes disabled, insurance can provide an income without having to draw out of the farm for a living,” he said.

Long-term care insurance is one way of protecting from one of the biggest expenses parents face when they eventually retire.

“But, perhaps, a better option than long-term care insurance is a hybrid life insurance product that allows the death benefit to be drawn down to cover the cost of a nursing home,” Fraleigh said. “I like that option better than most straight, expensive long-term care policies, which if never used, all that money paid in premiums never comes back.”

When developing a succession plan, talk to financial planners. Financial planners are critical because it’s common practice for farmers to reinvest their disposable income.

“So, funding for the parents’ retirement has to come out of farm operations, or land, or other assets have to be sold,” Fraleigh said. “What I'd like to see happen is some type of a retirement program, whether it's an IRA simple plan, a 401(k) or just a savings account. That provides resources for the parents and doesn’t pull away from the cash flow that would be available to support the next generation.”

And it’s never too early for the incoming generation to start putting some money away for the future.

“I had one client planning to buy a new tractor at the end of the year, even though he didn’t need it, but because he had extra cash,” Fraleigh said. “I suggested he meet with a financial planner, and they ended up working out a retirement savings program he could use for the farm, for him and his wife, and for the kids that were working on the farm. This just sets up more security and an easier transition for the next generation.”

To develop a successful succession plan, the individuals involved must have a clear understanding of their personal goals, their estate planning goals and their business goals, Fraleigh advised, as all parties involved or affected — parents, farming children, nonfarming children and children’s spouses — may not have the same goals or ideas regarding what should be done, how to accomplish the goals, or how the farm business assets should be distributed.

The probability of a succession plan working drops dramatically if consideration for nonfarming kids is not brought into the discussion.

“But it depends on the relationships and if they're supportive of the farm and the family continuing to operate — sometimes they aren't,” Fraleigh said. “That's kind of a judgment call, but business plans and estate planning documents can be drafted so even if they do object, there's not much they can do about it.”

Systems are available to help equalize the distributions. “There's an article called fair versus equal,” Fraleigh pointed out. “And that's really meant to be a conversation starter to look at how do we apportion assets between farming kids and nonfarming kids. Is an equal division really a fair division? If you have one child farming and three that aren't, and you divide that land, equipment and all the assets four ways, what are the chances that farming kid's going to be able to continue farming? It's pretty low.”

Life insurance is just one of several ways parents can look at compensating nonfarming kids. “It’s important that as you're putting a transition plan together, your business arrangements and your estate planning work together,” Fraleigh said.