A pilot project included five farmers this year. It will expand to 10 farmers next year. 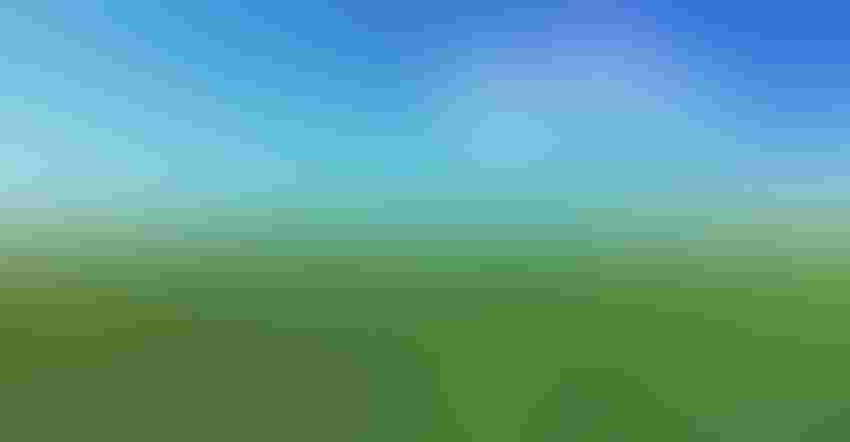 FARMING CARBON: Rabo AgriFinance is the latest company that’s trying to make a name in the growing market for carbon farming. The company enrolled five farmers this year in a pilot program, and it will be enrolling 10 farmers next year. TeamDAF/Getty Images

It seems like every week there is a new player looking to make a splash in the growing carbon market.

Now, it’s Rabo AgriFinance, which announced earlier this month that it was diving headfirst into the growing carbon market with its Rabo Carbon Bank program. A pilot program this year included five farmers — two from Iowa, two from Arkansas and one from North Carolina — who are getting paid between $15 and $20 per ton of carbon sequestered on the farm, according to an article by Agri Investor.

The company is working with Iowa-based Continuum Ag to identify practices leading to better soil health and carbon sequestration. Next year, the pilot will increase to 10 farms — as many as 25,000 acres — says Cristian Barcan, sustainability officer for Rabo AgriFinance.

And while much of the talk around carbon has focused on corn and soybean growers, one of the farms in the pilot — Barnes Farming Corp. of North Carolina — is much more diversified, growing broccoli, peanuts, potatoes, soybeans, sweet potatoes, tobacco, watermelons and wheat.

Barcan says the expanded pilot could also include tree fruit growers, beef grazers and other specialty crop growers to see which carbon sequestration practices could work on those farms.

Based on those results, an official rollout of the program could be in 2023.

The farmers are getting paid based on Continuum Ag’s soil carbon testing and analysis program, which sets a baseline of carbon and then calculates future carbon sequestration based on practices a farmer implements. This is what sets the program apart, according to Barcan and Robert Lubben, executive vice president of Rabo AgriFinance.

Rather than just relying on satellite technology or paying farmers based on theoretical measurements of how much carbon can be sequestered through no-till or cover cropping, they’re looking at actual measurements of carbon and recommending practices to increase the amount that’s being sequestered.

Barcan says the company saw two needs in the growing carbon market. “Trust in what works and the needs of actual measurements that will back claims of the carbon credit with factual numbers,” he says. “The trust issue we already have because we’re closest to the clients, right, so we’re there financially with them, in a continuous relationship. The measurement piece, we thought it would be good to take a step back and try to access exactly what’s happening in the soil with carbon.”

The main driver of being able to sequester carbon is always having a living root in the ground, he says. On his own farm, Hora and his family have been no-tilling since 1978 and planting cover crops since 2013.

In the pilot, he does baseline measurements by going to farms, collecting soil samples and then shipping them off to a lab where they’re analyzed.

Using his company’s TopSoil soil management software, he pulls existing data from farms — including historical yields and farming practices — and overlays soil sampling to help growers understand what’s in the soils and the effects those practices have had on soil health. The software, Hora says, uses machine learning to create zones to pull samples for evaluation.

"So our zones create polygons within the field to say … all this soil within this polygon is all relatively the same. So we can take one sample from each of those individual zones,” he says. “It just helps ensure the soil sampling will be economically viable, because this stuff can get really expensive. So we have to figure out where's the place to assess the existing carbon that's in the soil.”

“He’s gone through all kinds of adjustments that he had to make on his farm,” Barcan says. “He has a lot of credibility on the market as well. He has a variety of specialists on his team that know the realities of farmers in different parts of the country and other states, and he's doing great in providing … some suggestions in where things could go for the program to work.”

Based on initial feedback from farmers in the pilot program, Barcan says there is a lot of excitement for the potential of carbon trading, but soil health is the driver for most farmers, he says, not carbon. Many farmers already have implemented no-till, cover cropping and other practices.

“The thing is, they’ve never done it, or most of them have not done it, consistently in a systematic approach to it,” he says. “So they’ve done it — ‘Oh, I’m just going to no-till throughout the whole farm.’ Well, it doesn’t work like that because some areas might need a little bit of tillage, and you have to measure that soil health component and get data to know what to apply on certain areas of the farm.”

Lubben says farmers he’s talked to want to participate in a carbon program that is practical and realistic.

“I think one of the things that the growers really want … is something that’s grounded in science,” he says. “Many growers are skeptical of big promises by companies or the methods they’re using to prove the amount of carbon. They want a program that is truly grounded in science.”

Accounting for past practices

Like other carbon programs being rolled out, Rabo’s program will pay for new practices that sequester carbon in the soil, but it’s not clear whether farmers will get credit for past practices.

Hora says it has to do with the way carbon market rules are currently written. Right now, carbon payments are based on setting an initial carbon footprint, calculating how much carbon could be sequestered by implementing a certain practice such as no-till or planting cover crops, and then paying farmers for the reduction.

Some programs claim that they’ll pay for past practices, but only for a limited number of years. Because the nature of farming is always changing, Hora says a better approach is to pay farmers for what’s being sequestered in the soil using actual data, not just modeling. That way, farmers can be creative in putting in practices that can sequester more carbon and seeing results from it.

“I really worry about the whole markets today because the buyers of carbon credits today really are buying cost-share,” Hora says. “The early adopters and innovators that have made changes to make this whole thing successful are excluded from fully participating. It ends up green-washing the whole thing.”

Paying farmers for past practices must be backed up with proof, Barcan says.

“Well, you’ve got to look at the fact that just because they've done them doesn't mean it's consistent and with carbon sequestration or soil health in mind. They may have done it for other purposes,” he says. “You’ve got to look at it with fresh eyes to see how much impact has it had. So taking the shovel to that field and seeing what it looks like and seeing you still have a ways to go triggers some questions.”

Hora says that he likes Rabo’s approach because he believes the company is in it for the long term.

"There's a lot of interest in these carbon markets, a lot of hype around it,” he says. “But there's been a ton of overpromising and underdelivering, and it's been very frustrating as someone who's in the soil health community to see a lot of hype and a lot of push around this with a lack of follow-through because it will hurt the whole movement.”