The Tax Cuts and Jobs Act of 2017 contains the most significant changes in the tax code in nearly 30 years. 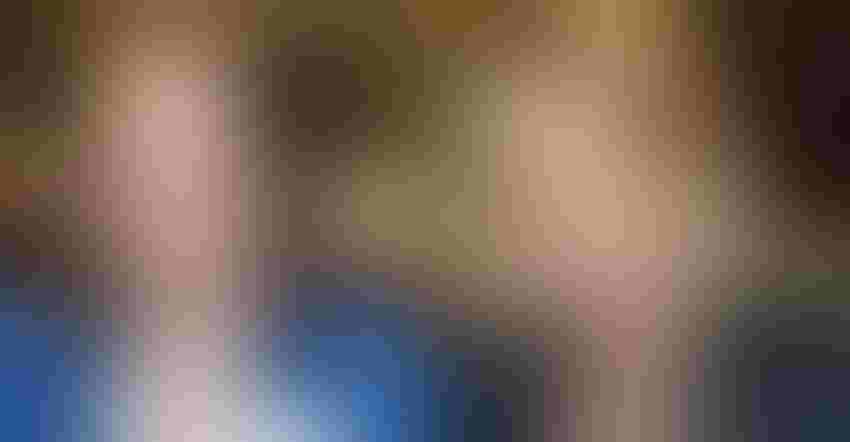 File your tax return on a postcard? That was one of the goals supporters cited while promoting the Tax Cuts and Jobs Act of 2017 before it was passed by Congress and signed by the president last December.

Some taxpayers may be able to use such a “short form” when they file their 2018 returns next year. For many others, including farmers, the process is likely to be more complicated, according to Iowa State University’s Dr. Kristine Tidgren.

Tidgren, director of the Center for Agricultural Law and Taxation at ISU, discussed the new tax law, which contains the most significant changes in the tax code in nearly 30 years, during a presentation at the Mid-South Agricultural and Environmental Law Conference at the University of Memphis in Memphis, Tenn.

While the bill was sold as a tax simplification measure, farmers and other small businessmen and women across the country will find the new law to be complex in different ways. Many of the provisions will not be fully understood until the Internal Revenue Service issues guidance.

“In some cases, that will be true. In other cases, I think you’ll see more challenges as we go through the different complexities when we’re dealing with an agricultural business. There may be a postcard, but there may be 30 or 40 addendum pages.”

The reduction in corporate tax rates has attracted much of the attention surrounding the new law, which went into effect Jan. 1. The corporate tax rate reductions, from as high as 35 down to 21 percent, account for all of the expected $1.5 trillion increase in the federal deficit over the 10-year life of the law.

The majority of businesses, including most farms, in this country are taxed as sole proprietorships, partnerships or S corporations, meaning that business income is passed through to the owners who pay taxes based upon individual income tax rates. Those filers will see a more modest decline in their tax rates than corporations. (Example: 39.6 percent to 37 percent in the top bracket.)

Some farmers who file as C corporations may be surprised when they begin looking at the new regulations.

“Because the law transforms the corporate tax rate structure to a flat rate for all income, small C corporations with income below $50,000 will see an increase in their corporate income tax rate from 15 percent to 21 percent,” she said. “Some may consider switching to S corporation status.”

The biggest change for individuals will involve itemized deductions because of the provisions doubling the standard deduction from about $12,000 to $24,000 for married couples filing jointly. “This impacts a lot of taxpayers for a lot of different reasons,” Tidgren says.

“We historically have 48 million of the 143 million filers itemize deductions. Probably that will now be 5 percent to 7 percent because it just won’t make sense to itemize when your itemized deductions don’t exceed the $24,000 if you’re married, and part of that, too, is we’re losing a lot of the things we used to be able to take as an itemized deduction.”

Among those are the gap between the IRS allowance of 54 cents per mile for mileage expenses and what many companies provide, which can be a substantial amount for truckers. Deductions for investment fees, home office expenses and tax preparation fees are also going away.

The new Tax Cut and Jobs Act also eliminates the personal exemption of $4,050 for the filer and their dependents. In its place will be a child tax credit.

The state and local tax deduction is also changing. Filers will be limited to a deduction of $10,000 for married, filing jointly and $5,000 for married filing separately. Property taxes for farmland will continue to be fully deductible.

“It is unclear in the absence of IRS guidance whether certain types of income will fall within the definition of qualified business income and thus be eligible for the new deduction,” Tidgren notes. “Although the phrase ‘trade or business’ is frequently used in the tax law, it does not have a formal definition. The U.S. Supreme Court has said such activity must be ‘conducted for income or profit’ and ‘engaged in with some regularity or continuity.’

“The final answer to this question must await IRS guidance.”

See also: Filing under new tax law won't be simple for some