Mother Nature was a harsh teacher at times again this year. 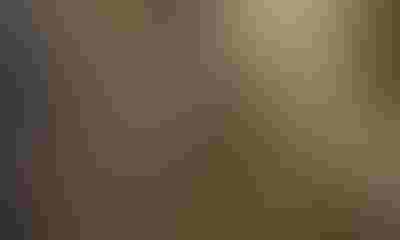 We learn new lessons or reinforce old ideas we already know during every growing season. We can keep applying them to grow better crops in the future. That’s what makes American farmers some of the most productive growers in the world.

Corn yields varied a lot across the Corn Belt this year. Yields ranged from 130 bushels per acre to more than 250 bushels per acre. What were the reasons, and how can we learn from this year? Here are seven lessons from 2016.

LESSONS WELL LEARNED: Whether you liked it or not, there were lessons to be learned from the 2016 growing season. One involved what happens when corn is stressed by too many plants per row.

1. Planting date does matter. Earlier-planted corn escaped the late diseases, matured earlier and yielded more. Even though some corn planted in early April had frost damage, most of it recovered. It is better to plant too early rather than too late in most years. Be ready to plant as early as possible. Several growers have told me they would like to find ways to plant earlier, or at least be ready to go much sooner, if conditions allow.

2. Choose the right hybrids. Hybrids with excellent seedling emergence and strong vigor are important. Getting the seedlings out of the ground is critical. But getting adequate plant stand establishment is crucial! This year I saw cornfields where there was no problem with seedling emergence, but pythium seedling rot killed many plants before they could get established. Good seed treatments could have helped get seedlings established. Some farmers may not have used the best treatments available in order to cut costs, but this may be a case of “penny-wise, pound-foolish.”

3. Use starter fertilizer. Starter fertilizer played an important role on farms where corn was planted in April. You want to establish good plant stands as early as possible. Supply the little baby seedlings with nutrients close to their small roots. Uniform emergence, proper spacing and good early stand establishment are critical for high yields.

4. Stay with corn even if it’s getting late in the season. Although I would like to see all corn planted by May 10-15 in the Corn Belt, plenty of corn planted during the last week of May and first week of June was phenomenal in some areas this year. In other areas, especially where diseases exploded, very late plantings took a hit. I’m glad people with good yields from late-planted corn didn’t switch to beans too early!

5. Plant cover crops. Fields with growing cover crops dried out sooner and could be planted earlier. There was distinctly less leaf disease pressure on corn where cover crops were used. Choosing the right cover crop for your farm is important.

6. Foliar fungicides applied at the right time made a significant difference. They reduced damage caused by leaf diseases, ear rots and stalk rots, and improved yields. We have to be ready for foliar diseases in 2017 since there will be plenty of disease inoculum on the ground from this year’s crop; many diseases overwinter in Indiana. Crop rotation and cover crops should help.

Too much rain early in the year delayed planting. Temperatures and rainfall were favorable for good pollination and early grain-fill. Just when we thought we were headed for a great crop, Mother Nature reminded us that she is in charge. Hot and humid weather created a very favorable environment for the development of anthracnose leaf blight, gray leaf spot and northern corn leaf blight, creating localized epidemics. Southern rust moved in with the storms to add salt to the wounds. Finally, diplodia and gibberella ear rots attacked weakened plants, followed by anthracnose and diplodia stalk rots. Fields that weren’t sprayed with foliar fungicides showed more damage. Corn borers were alive and well, attacking non-GMO hybrids and causing considerable damage.

Corn Illustrated 10/17: See what others say about N products

We can’t change Mother Nature, so we have to learn to work with her if we want to survive and prosper!