Nebraska's Wind and Solar Conference in Lincoln will feature host of renewable energy stakeholders and exhibitors. 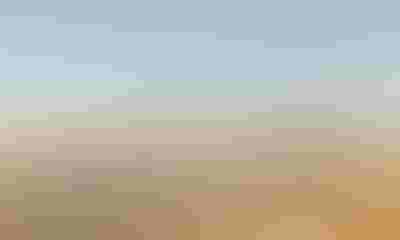 If you are interested in farm- or industrial-scale wind and solar projects, the ninth annual Nebraska Wind and Solar Conference, set for Nov. 7-8 at Lincoln's Cornhusker Marriott Hotel, offers nuts-and-bolts details on these renewable energy sources.

What started out as a wind conference has evolved over the years to include solar as well. "We added solar as a component with wind as solar energy came of age," says John Hansen, conference co-chairman and Nebraska Farmers Union president. "With technological development of improved solar panels and batteries, solar energy has become better and cheaper every year, with steady growth in use by individuals, communities, farmers and ranchers and businesses."

On Nov. 7, sessions will include a series of panel discussions with Nebraska state senators discussing legislative issues surrounding renewable energy, as well as discussions from solar energy enthusiasts and public power utilities.

On Nov. 8, there will be an update on Nebraska Public Power District's R-Line transmission project, a discussion on the economic impact of renewable energy on farms and ranches, and solar energy as an energy source.

"We split the time of the conference sessions, and sometimes take dual tracks between wind and solar energy," Hansen says. "We look at policy, but there are plenty of sessions on the nuts and bolts and resources available for renewable energy project development."

According to Hansen, financial resources, cost-share programs and financing options are of great interest to producers. Numerous sessions, as well as 35 to 40 exhibitors, deal with this issue along with equipment, planning and preparations, and policy development.

"With low commodity prices, we need new sources of farm income, new tax base dollars and more rural jobs," Hansen says. "These renewable energy sources are some of the only things bringing in new dollars to our rural communities and the farm economy."

Gathering stakeholders from all facets of renewable energy development is not always easy, but it offers great dividends to those interested in project development and in moving policy forward in the state, Hansen says.

You can learn more about the upcoming wind and solar conference at nebraskawindandsolarconference.com.