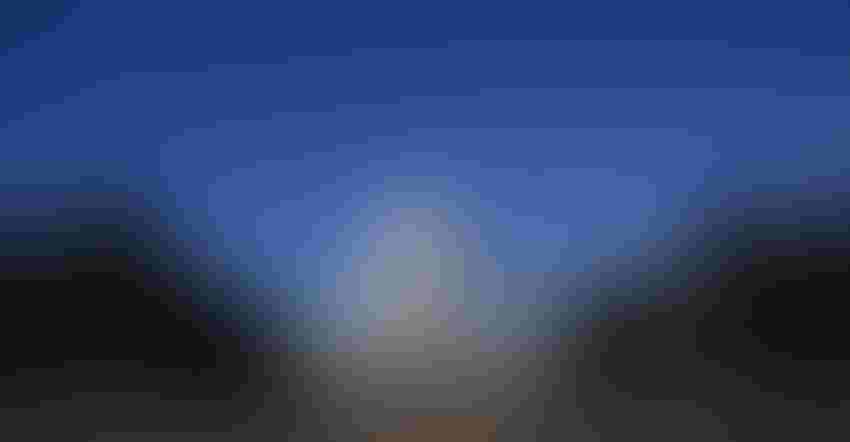 LATE-NIGHT WORK: The Senate has passed a major spending bill with compromise on both sides of the aisle. To meet the deadline the Senate will pass the measure before Thursday, leaving the House little time to change the measure before a looming deadline.Win McNamee/Getty Images

US lawmakers have agreed to a $1.7 trillion funding bill and plan to ram the compromise legislation through the House and Senate this week to avert a Dec. 24 government shutdown.

The bill, which would provide funding for government agencies through the Sept. 30 end of fiscal 2023, includes $858 billion for national defense, a $76 billion increase over current levels. Domestic agencies would see a $773 billion level.

It also would provide more than $45 billion to aid Ukraine in its defense against the Russian invasion. This tranche of aid may be the last for Ukraine for a while given significant House Republican skepticism about the war effort. The bill also includes $41 billion in disaster relief for communities affected by recent hurricanes and wildfires.

“The pain of inflation on American families is real, and it is being felt right now across the federal government,” Senate Appropriations Chairman Patrick Leahy said in a statement upon releasing the bill. “From funding for nutrition programs and housing assistance, to home energy costs and college affordability, our bipartisan, bicameral, omnibus appropriations bill directly invests in providing relief from the burden of inflation on the American people.”

The release of the bill was delayed for hours as Democrats squabbled over language related to the location of a new headquarters for the Federal Bureau of Investigation until a compromise was reached to satisfy lawmakers from Maryland and Virginia. The compromise, brokered by Senate Majority Leader Chuck Schumer, requires consultations with lawmakers from both states, according to an aide.

In the overall bill, the majority Democrats agreed to a roughly 10% increase to defense funding while limiting non-defense funding to a 5.5% increase to gain enough Republican support to pass the measure under the Senate’s filibuster rules. Funding for veterans programs would receive a 22% increase, Leahy said.

Each party underscored different parts of the package as accomplishments.

Republicans pointed out that the legislation would provide US troops with a 4.6% pay raise and expand a program to hire more police officers, by 32%.

Democrats boasted that the legislation increases grants for child care by 30%, along with more money for the National Institutes of Health, the Environmental Protection Agency and the National Park Service.

The Senate will vote first and intends to pass the measure before Thursday, leaving the House no time to demand changes before the Christmas holiday. Meeting the deadline will require cooperation of all senators.

The sequence of votes is to help House Speaker Nancy Pelosi handle the tiny two-vote majority she now holds and insure her members back the bill. Some progressives are expected to oppose the large increases for defense and policing.

House Republicans were left out of the negotiations and have argued that any bill should wait until at least January when they will take over the House. They are expected to mostly stick together in voting against the bill, heightening the need for Democrats to be unified.

Senate Republican leaders have concluded that the narrow and fractious GOP House majority would be unable to complete the fiscal 2023 spending bill anytime soon, and instead chose to compromise with Democrats. Senate GOP leader Mitch McConnell portrayed it as a victory.

“President Biden wanted to cut defense spending and grow liberal domestic spending in real dollars,” McConnell said on the Senate floor. “But Congress is rejecting the Biden Administration’s vision and doing the exact opposite.”

For the GOP, that means foregoing a chance to claw back money for more Internal Revenue Service agents that was part of the Democrats’ Inflation Reduction Act, though Republicans were able to block any further increases to the IRS budget.

The bill continues funds for family planning but Democrats abandoned an attempt to green-light tax-payer funded abortions by stripping out the so-called Hyde Amendment containing the prohibition.

The legislation would change the way electoral votes are counted for presidential elections, clarifying that the vice president does not have the ability to toss out Electoral College votes. The inclusion of the Electoral Count Act is intended to prevent a repeat of the Jan. 6 insurrection, which was inspired by unfounded claims the 2020 election was stolen and that then-Vice President Mike Pence had the ability to declare Donald Trump the winner.

Of interest to China-watchers: along with $2 billion in weapons funding for Taiwan, the bill also contains and a ban on downloading the social media app TikTok to government phones. A proposal to ban Chinese telecommunications company Huawei from the US banking system was not included, however.

The bill also contains changes to tax-shielded retirement accounts, would reauthorize Food and Drug Administration fees and finance Medicaid in Puerto Rico and other territories.

And it would provide $1.8 billion to boost semiconductor-related innovation authorized in Biden’s signature CHIPS act.

Lawmakers were unable to attach a bevy of other congressional priorities to the must-pass legislation despite weeks of negotiations.  Among the items on the cutting-room floor are a deal on corporate tax breaks, including the expensing of research and development spending. Democrats had demanded a revival of the 2021 expanded child tax credit in exchange which Republicans deemed too costly.

An administration request for billions in coronavirus funding was ignored as was a last-minute attempt to attach changes for farm-worker visas and to impose new FDA oversight over commercial laboratory testing.

Lawmakers are also forgoing the opportunity to attach an increase to the nation’s $31 trillion debt ceiling to the bill, setting up a fight next year with House Republicans. They plan to use the need to stave off a payments default in the second half of 2023 to seek cuts to domestic spending.

--With assistance from Laura Davison and Laura Litvan.