Commentary: Nebraska producers and U.S. ag are losers if the Mexico decree is allowed to stand, says the president of Nebraska Corn Growers Association. 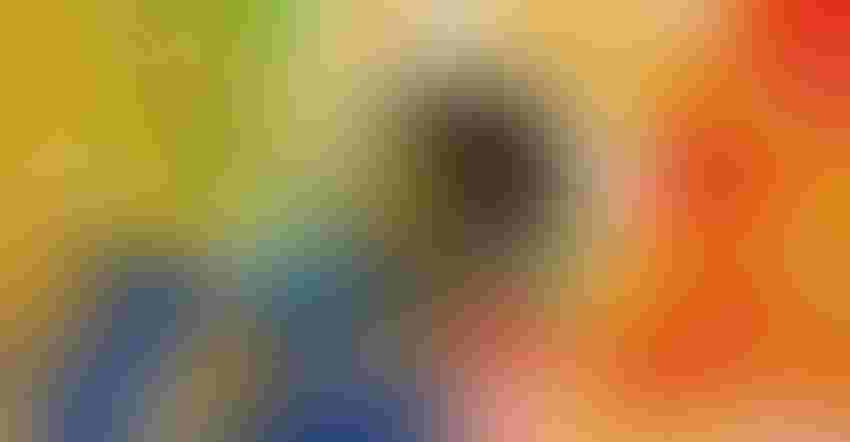 WHO DOES IT HURT: Andy Jobman, Gothenburg farmer and president of NeCGA, says that the Mexico decree would harm Mexican consumers, U.S. and Nebraska farmers, and the environment. JJ Gouin/Getty Images

Nebraska has a pony in the race when it comes to a response to the recent so-called “Mexico decree” by Mexican President Andres Manuel Lopez Obrador — also known as President AMLO.

In short, the decree, which was released Dec. 31, 2021, would phase out genetically modified corn for human consumption by January 2024 in Mexico. Among all U.S. crop production states, Nebraska is perhaps set up to lose the most from such a decree, because the state leads the nation in the production of white corn and is among the leaders in production of yellow food-grade corn.

Both of these staples are important for Mexico’s food security, as noted by a recent op-ed released by Nebraska Corn Growers Association president Andy Jobman of Gothenburg.

In the op-ed, Jobman charged that such a decree, in addition to causing farmers to use more pesticides to grow food for Mexican customers, violates the renegotiated United States-Mexico-Canada Agreement (USMCA).

Farm Progress asked Jobman a series of questions related to the Mexico decree and what he believes the proper U.S. response should be from the U.S. Trade Representative, Ambassador Katherine Tai and the Biden Administration. Tai spoke with Mexican officials about this issue Nov. 4. But in his commentary, Jobman is calling for much more than just talk. Here are his responses to our questions:

What is the Mexico decree? This decree is a high-level decision that was made by Mexico President AMLO. It effectively bans the importation of GMO corn for human consumption, as well as bans the use of glyphosate in the country of Mexico itself.

Why is this so important to all corn farmers? This is a disturbing precedent to set, should the United States be unable to walk Mexico back from this decree. First and foremost, it does not follow or use any science to establish itself. GMO technology has time and time again proven itself to be safe for the entire value chain, including human and livestock consumption.

Secondly, this also stifles innovation for new technology traits for corn by our ag industry and seed company partners, and potentially could have implications for GMO traits for all crops. If we want agriculture to continue to be on the cutting edge, and continue to increase its efficiency of resources, reduce its environmental impact, and continue to have bountiful supplies, then we need existing as well as new traits to be available in the marketplace.

This is especially impactful for Nebraska's white corn producers. Nebraska is by far the No. 1 white corn-producing state in the nation. A significant portion of this corn gets exported to Mexico. There is no way Nebraska producers could make the switch to non-GMO varieties, even if we wanted to, due to the unavailability of non-GMO seed.

There is some, but not enough to replace the current production levels. As the harvest of 2022 corn is completed, seed orders are getting set for 2023 corn. That's the corn that will be exported to Mexico in 2024, which is when the decree is proposed to go into effect.

What action is Nebraska Corn Growers Association recommending from the U.S. government in response? Our recommendations are pretty simple. Within USMCA, there are mechanisms for any of the countries involved to file a trade dispute if there is wrongdoing. In our government, that duty and responsibility to monitor trade relations falls to the office of the U.S. Trade Representative.

Ambassador Katherine Tai, who heads up USTR, very simply needs to pull that lever and file an enforcement case against Mexico in this situation. It's a very open and shut case. Mexico doesn't have a leg to stand on when you look at the facts. To date, Ambassador Tai and her staff at USTR have been incredibly slow and timid about engaging with Mexico over this decree, which is baffling and frustrating.

What does the science say about this decree? This decree completely goes against all science on GMO technology, 100%. There's just not even any wiggle room on that fact. This decree is coming from personal or political motives and has nothing to do with advancing and improving trade relations between the United States and Mexico.

In your opinion, what is the bottom line for the U.S. ag industry? Bottom line is that we as a U.S. agricultural community cannot allow this to happen, for a multitude of reasons. I was a crop consultant for 10 years before I fully transitioned into my family's farm. I remember when we had non-GMO corn, and when the refuge corn that we now have blended into the bag, was planted separately.

That corn had to be raised differently. In most cases, it received two to three times more applications of insecticides than the GMO corn does today. That was to prevent economic losses from first- and second-generation European corn borer, corn rootworm and western bean cutworm. It also required more tillage to control grass and weeds.

Simply put, it was incredibly inefficient compared to the GMO fields right next to it, and was producing a lower-quality product in the process because even with the extra management, you still weren't able to control insect and weed pressure to the extent that GMO technology can.

If Mexico gets away with this decree, and we bow to their demands even though we know we have the winning facts and arguments, what is the next country to push us around on agricultural trade? Long term, Nebraska and all U.S. producers stand to lose greatly if we don't fight this and win.