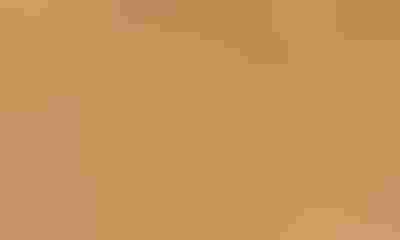 USDA’s first estimate of corn and soybean production for 2016 got plenty of notice Friday, after the agency predicted farmers will harvest record crops this fall. Those projections came from USDA’s National Agricultural Statistics Service, or NASS.

But there was another, less publicized set of data that came out after the market closed. USDA’s Farm Service Agency released the first certifications for the government’s programs, numbers that shed light on potential acreage changes from NASS down the road.

NASS and the FSA take different looks at acreage. FSA collects data from the vast majority of farms in the country, excepting those that don’t participate in programs. These numbers are supposed to be in by July 15, but it can take individual county offices time to process the filings. The maps Farm Futures created from the data show blank spots where some counties have yet to report.

NASS surveyed a lot of growers for its Aug. 12 estimates – 22,100 according to the footnotes at the end of the report. The agency also follows individual fields around the main growing region from planting until harvest. But as big as this effort is, it’s a sample, not an entire population like the FSA’s process. So the NASS surveys can have sampling error, in addition to changes in the crop’s yield potential after data is collected.

The FSA reports used to come out in the middle of the night, with the time changing from month to month seemingly at random. Sometimes the wrong data was released as well. But now the agency is putting out their data the same day as NASS, which looks at the reports on a regular basis before the public.

The August FSA certifications showed farmers claimed prevent plant on a little over 1 million corn acres so far. That’s about 45% less than the average for the last four years.

For soybeans, growers reported even less trouble. Just 237,000 acres were claimed so far, just a fifth of the average. All told, farmers reported 90.4 million planted and failed corn acres, along with 81.4 million soybeans.

There aren’t a lot of years of monthly data to go on. Even so, the planted/failed and prevent plant data correlate with changes in NASS’s final estimates, which come out in January. This suggests harvested corn acreage could be down between 50,000 and 250,000, not enough to put much of a dent in a 15 billion bushel crop. Harvested soybean acreage could rise between 875,000 and 1.3 million acres if the relationships hold this year, enough to make a difference in supplies.

It’s also interesting to note where the prevent plant acres occurred: in river basins. Heavy rains over the next week along the river system could change the harvested acres substantially from these early estimates.