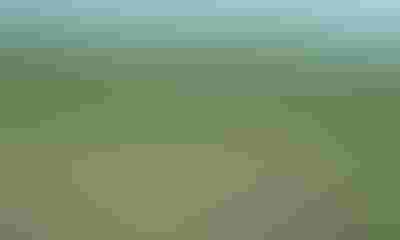 Companies have talked about the challenge. Even the non-ag media have covered the issue. How will the world feed 9 billion people by 2050?

Now the Association of Public and Land-grant Universities is taking up the challenge. What is its answer? APLU convened a 31-member commission to come up with solutions, and the organization recently launched “The Challenge of Change: Engaging Public Universities to Feed the World.”

The goal is obviously not actually growing the food, and it’s more than just showing farmers how to do it. This commission is taking a broader view — how can the nation’s educational system outline a strategy which will help everyone collectively reach the goal?

LOOK FOR HIGHER YIELDS: Researchers at land-grant universities are at work trying to unlock secrets that will help raise yields of soybeans and other crops over the long term.

APLU spokespersons say the real challenge is for public universities to ensure that the three pillars of food security are met throughout the world. They include food access, availability and utilization. “Public universities are uniquely positioned to bring together the brightest minds from across academia and industry to solve the world’s greatest challenges, and there are few if any issues that will be more challenging over the next several decades than worldwide food security, says Randy Woodson, chancellor of North Carolina State University and chairman of the commission.

The commission will have a Midwestern and Corn Belt flavor among its membership. Woodson is former Purdue University dean of the College of Agriculture. Other commission members include Gebisa Ejeta, a Purdue agronomy professor and 2009 World Food Prize laureate; Jay Akridge, current Purdue dean of agriculture; Vic Lechtenberg, a special assistant to the Purdue president and former Purdue dean of agriculture; Dan Glickman, former USDA secretary; and April Mason, a nutritionist and provost at Kansas State University.

The commission is charged to issue a report early next year that will detail how public universities can align their agendas to help meet the global food security challenge.

There is a new name in weed control. The U.S. EPA recently announced registration of Varisto from BASF. It’s approved for use in a number of legume crops, including soybeans. The grass and broadleaf herbicide is particularly strong on several broadleaves, spokespersons say, including hairy nightshade, redroot pigweed and common lambsquarters.

Expect it to be recommended as part of a weed control program to be mixed with other herbicides. BASF is suggesting Prowl or Outlook as companions to help improve control of grasses, including green foxtail.

Armed with results from 2015 fungicides yield trials across the Midwest, Syngenta spokespersons are touting Trivapro as a fungicide that can fit into management plans of corn, soybean and wheat growers, and help improve yields. It contains Solatenol fungicide, which Syngenta bills as the most potent fungicide in its class on the market.

WinField and Google have collaborated to build WinField Data Silos. While they aren’t 60 feet tall and no concrete is used to build them, WinField spokespersons say they will be much more powerful than the original silage storage structures that spawned the name. WinField says they are more than just data repositories that offer storage for data collected year-round on farms. The WinField Data Silo securely stores data, but also allows farmers to use and leverage those data, spokespersons say.