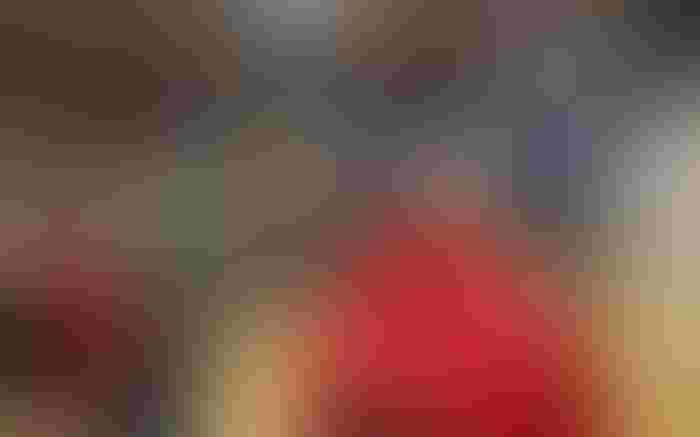 Buyers’ spending on bulls at the 80th Red Bluff Bull and Gelding Sale reached a five-year high, as they shelled out nearly $1.29 million for 282 bulls – an average of $4,585 per bull.

This year’s top-priced bull was a champion Sim-Angus sold by Little Shasta Ranch to Rick and Linda Anderson of Eagle Point, Ore., for $16,500.

The sale capped off nearly a week of livestock auctions and events at the Tehama District Fairgrounds in Red Bluff, Calif., including the 13th annual online feeder and replacement heifer sale on Jan. 28, sales of stock dogs, geldings and mules on Jan. 29 and a big trade show.

Bids opened for the week at the online cattle sale sponsored by Western Video Market in Cottonwood, Calif. About 80 lots were sold, with weaned heifers topping out at $187 per hundredweight and weaned steers reaching $200 per hundredweight. Both high bids bested last year’s $180 and $198, respectively.

Here are some of the sights from the 80th annual Red Bluff Bull and Gelding Sale.