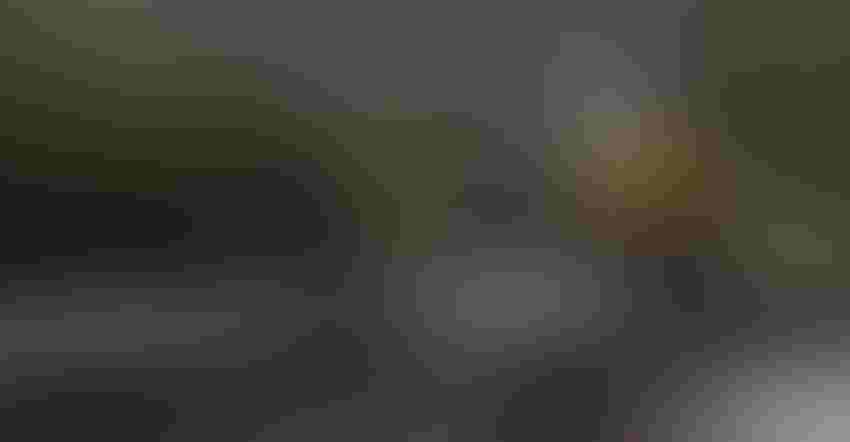 President Joe Biden and Speaker Nancy Pelosi are moving to prevent a looming shutdown of the nation’s freight railroads with the House preparing to take up legislation this week to impose a settlement over the objections of some unions.

Biden said in a statement Monday that lawmakers should “immediately” codify the agreement he helped broker in September between unions and railroads “without any modifications or delay,” after some labor groups voted to reject it.

“We cannot let our strongly held conviction for better outcomes for workers deny workers the benefits of the bargain they reached, and hurl this nation into a devastating rail freight shutdown,” the president said.

Biden’s intervention underscores the administration’s growing concern about the possibility of a work stoppage on freight rail lines. A strike could wreak havoc on the US economy by crippling supply chains, disrupting passenger rail travel and preventing key materials from reaching water treatment plants.

Unions and railroads have until Dec. 9 to avoid a strike, and a negotiated agreement now appears unlikely.

Of a total of 13 labor agreements among the 12 unions representing different types of rail workers, nine have been ratified and four were struck down by members. Tensions rose after the largest union representing about 28,000 workers, mostly conductors, voted it down, with 51% against, in results released on Nov. 21.

Congress can intervene to stop a strike under federal law. Pelosi said the House would consider legislation this week to adopt the tentative September agreement.

“This week, the House will take up a bill adopting the tentative agreement – with no poison pills or changes to the negotiated terms – and send it to the Senate,” Pelosi said in a statement. “It is my hope that this necessary, strike-averting legislation will earn a strongly bipartisan vote, giving America’s families confidence in our commitment to protecting their financial futures.”

In a separate statement, Tom Vilsack, secretary of agriculture, commented: "I take seriously overriding the ratification procedures and the views of those who voted against the agreement. But in this case - where the economic impact of a shutdown would hurt American agriculture and millions of other working people and families - Congress must use its powers to adopt this deal. There is no time to waste on political gamesmanship or the search for a more perfect resolution."

Vilsack says he jointed the President in calling on Congress to quickly pass legislation adopting the tentative agreement between railroad workers and operators "without any modifications or delay" to avert any strike. "The U.S. food and agricultural industry relies heavily on rail networks for the transport of inputs and raw materials and for taking products to market," he says. "A rail shutdown would have significant and long-lasting effects on some sectors of American food and agriculture and could be devastating in parts of our economy."

“No one benefits from a rail work stoppage – not our customers, not rail employees and not the American economy,” said Association of American Railroads President and Chief Executive Officer Ian Jefferies. “Now is the appropriate time for Congress to pass legislation to implement the agreements already ratified by eight of the twelve unions.”

The September agreement, though, does not include sick leave, a key issue for freight-rail workers, who have sought to guarantee medical time off and other benefits.

Tony Cardwell, president of the Brotherhood of Maintenance of Way Employes, said he would oppose any legislation that doesn’t include paid sick days. BMWED was one of four unions that voted down the proposed agreement, and Cardwell said he would stand by his members.

“When Biden makes the claim that he’s pro-union -- and I believe that to be true -- and Democrats campaign on it, they better deliver,” Cardwell said. “If we’re not going to get it, then they shouldn’t intervene.”

The threat of congressional intervention already robbed unions of leverage, Cardwell said. Freight-rail carriers last week turned down the union’s latest offer of four paid sick days -- down from the initial request of 15 -- knowing Congress would step in, he said.

Cardwell said he had been on the phone all day trying to shore up support for paid sick days in the forthcoming legislation.

“My move is to fight like hell,” Cardwell said.

Pelosi in her statement praised the September deal for “including a 24% raise, no changes in copays, deductibles or coinsurance costs, some time off for routine, preventative and emergency medical care,” but said Democrats would continue to “fight for more of railroad workers’ priorities, including paid sick leave.”

The White House signaled earlier Monday it would not let a shutdown of freight rail lines cripple the economy, with a spokeswoman noting that Congress has repeatedly intervened in the past to prevent work stoppages.

“The president is directly involved in the process and has been engaged with his team and also has had conversations with members of Congress on this particular issue, in case resolving the issue falls to them as it has 18 times in the last 60 years,” White House Press Secretary Karine Jean-Pierre said.

Congressional action to stop a strike isn’t a foregone conclusion. Legislation could run into objections from progressive Democrats because unions, a powerful Democratic constituency, oppose it. Senate procedures are more complicated, so getting a bill passed by the deadline would probably require all 100 members to agree on holding a quick vote.

Senator Bernie Sanders, an independent from Vermont, said he would support a rail strike bill if it guarantees sick leave benefits.

“Our fight has got to be that workers in that industry are treated like human beings and get guaranteed sick leave,” Sanders said. “That’s what I’m going to fight for.”

“The president says he is going to ask Congress to act and I would expect Congress to support that request,” he said earlier Monday, predicting that lawmakers would act before the Dec. 9 deadline.

However, Senate Finance Committee Chairman Ron Wyden, an Oregon Democrat, said a bill on the rail strike has been discussed but that it would be a “challenge” to get it done by the deadline.

--With assistance from Thomas Black.