Monsanto has rejected two Bayer offers, the latest for $125 per share. 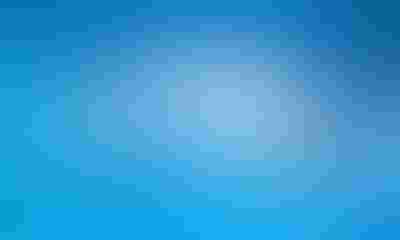 Bayer AG is examining Monsanto Co.’s financial accounts, people familiar with the matter said, a crucial step that could pave the way for the German company to raise its $55 billion takeover offer for the U.S. agrochemicals giant.

Bayer has signed confidentiality agreements to conduct due diligence on Monsanto, a process that is expected to last a few more weeks, as it weighs the size and timing of a new bid, the people said, asking not to be identified because the deliberations are private. No final decision on whether to improve the offer has been made, they said.

Bayer has signed confidentiality agreements to conduct due diligence on Monsanto, a process that is expected to last a few more weeks. (Photo: studiocasper/Thinkstock)

Related: Bayer raises bid for Monsanto to $125 per share

Monsanto in July rejected Bayer’s improved $125-a-share offer, describing it as “financially inadequate” and leaving the German firm to decide whether to raise its bid a second time. While Monsanto at the time said it remained open to “continued and constructive conversations,” it didn’t say whether it would allow due diligence, a request that Bayer previously set as a prerequisite to increasing its offer.

Monsanto may be willing to come to the table for $130 a share, Argus Research analyst Bill Selesky said in June. Analysts at Sanford C. Bernstein said the company may decide to sell if Bayer raises its offer to $135 a share.

Chief Executive Officer Werner Baumann, who took the role in May after more than 20 years with the company, remains convinced of the rationale of the combination and is intent on getting the deal done despite initial disagreements with Monsanto over the price, two of the people said. The German company is focused on reaching a friendly agreement though it hasn’t ruled out the option of going directly to Monsanto’s shareholders, the people said.

Buying Monsanto would give Bayer the largest seed supplier and a pioneer of crop biotechnology, and create the world’s largest producer of seeds and pesticides. The kind of genetically modified seeds Monsanto started to commercialize two decades ago now account for the majority of corn and soybeans grown in the U.S. Monsanto also sells seeds in foreign markets including Latin America and India.

The proposed deal, along with China National Chemical Corp.’s planned acquisition of Switzerland’s Syngenta AG and the Dow Chemical Co.-DuPont Co. merger, would mark the reshaping of the global agricultural industry. The mega deals have the potential to leave just a few global players that can offer a comprehensive range of products and services to farmers.

Related: Investors cheer on Monsanto flip from predator to prey

--With assistance from Lydia Mulvany and Jeffrey McCracken.

To contact the editors responsible for this story: Aaron Kirchfeld at [email protected]