...the case could set a standard in years to come in the role the federal government will play in determining water rights disputes between states. 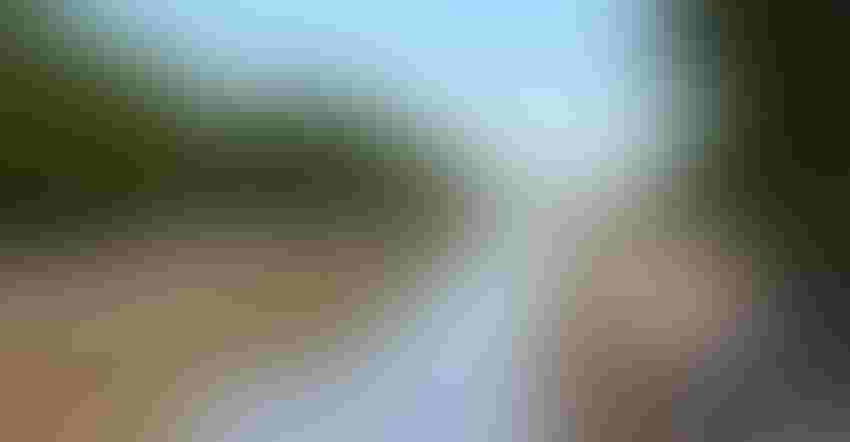 Texas claims farmers along the Rio Grande are not receiving the water they are due, based on a tri-stare agreement with New Mexico, Colorado and Texas. The case has had a preliminary hearing by the Supreme Court of the United States.

Opening arguments last week in a water lawsuit before Chief Justices of the U.S. Supreme Court may have opened the doors to more questions than answers, and the case could set a standard in years to come in the role the federal government will play in determining water rights disputes between states.

Attorneys representing the states of Colorado, New Mexico and Texas offered opening arguments before the Supreme Court of the United States (SCOTUS) this week in a federal lawsuit brought by Texas over the way Rio Grande water is apportioned and delivered, an issue that is regulated by a 1939 Rio Grande (water) Compact, entered into by the three states that outlines not only the rights of water flowing down the river but how that water will be divided between the parties of the agreement.

The issue is complicated because not only does a three-state water agreement already exist, but also the U.S. federal government has a stake in the issue because water earmarked for Texas is stored at a federal reclamation facility, Elephant Butte Reservoir. According to a long-standing water treaty with Mexico, the United States has earmarked a portion of water stored at that facility to be directed to Mexico, according to the terms of that treaty.

Of greater significance, perhaps, is that by bringing the water lawsuit before SCOTUS, it may open the door to federal government intervention into what has long been considered a problem between the states involved, and one that protects state rights in terms of disputes over shared natural resources.

State rights, free of federal control and mandate, have been a sensitive topic since the Nation's founding fathers argued the issue over 240 years ago. The issue was also a major contributing factor that divided the nation during the 19th century that eventually led to the Civil War.

Attorneys representing all three of the states involved in the lawsuit are cognizant of what is at stake in the case, as was evident in opening proceedings this week. Officials representing Texas, the plaintiff in this case, have said previously that taking the case to the high court became necessary when New Mexico failed to address concerns that using and depleting ground water in the river's watershed subtracted from their apportionment as provided by the compact.

Specifically, Texas claims that New Mexico farmers and pecan growers are illegally pumping groundwater from below Elephant Butte Dam, which in turn lowers the water table and the river's natural recharging system, leaving less of Texas' share of water.

But New Mexico is claiming their obligation to collect water that belongs to Texas ends at Elephant Butte Reservoir, and not the Texas-New Mexico state line. Under that argument, once water was released from the dam to travel to Texas, how or whether it gets there is not, in effect, New Mexico's responsibility or concern. Texas officials claim by allowing farmers to use excessive amounts of groundwater, however, recharge of the river is diminished and subsequently results in less water delivered to Texas.

Opening arguments started when the high court called for opening comments from a U.S. Attorney representing the federal government at large, and specifically in this case, the U.S. Bureau of Reclamation, which oversees and operates the Elephant Butte Reservoir and the Rio Grande Project.

Feds Have a Stake

Ann O’Connell, assistant to the solicitor general at the U.S. Department of Justice, argued before the nine-member court that the federal government has a stake in the lawsuit brought forth by Texas because any agreements made in the case would affect the government's ability to manage the reclamation project and the ability to fulfill treaty obligation to deliver water to Mexico.

When the lawsuit was filed several years back, SCOTUS appointed a "special master" to dig deeper into the issue with the hope of making recommendations to the Court on how to proceed. After meeting with all the parties involved in the suit and with federal and irrigation district representatives, a special master's report was drafted and delivered to all parties involved in the case, including the Bureau of Reclamation and SCOTUS.

The recent hearing focused more on the issue of allowing U.S. representatives to participate in the arguments, since by law and precedent, water issues of this nature are the responsibility of the states involved, and not the federal government. But the U.S. filed a complaint with the special master as an intervening party under authority from the Constitution and federal law, and claimed the federal government's position as an intervening party is appropriate in the case.

"The Rio Grande Compact is an unusual interstate compact in that it does not require New Mexico to deliver water to the Texas state line. Instead, when the compact was adopted in 1939, it incorporated and relied upon an existing Bureau of Reclamation project as part of the equitable apportionment framework. Because reclamation controls releases from the project for delivery to contract holders below the reservoir and in Mexico, the State of New Mexico asserted that this case could not go forward without the United States' participation as a party to be bound by this Court's decree," O'Connell told the Court.

As such, she argued the U.S. Bureau of Reclamation has the responsibility and authority to be a participant in the High Court's proceedings.

Several of the Court's Justices either took issue with that claim or wanted to better examine whether the federal government has the authority as claimed in the case.

O'Connell explained that to permit a full resolution of the dispute, the United States intervened as a plaintiff, filed a complaint that presented the federal government's interests at stake in this dispute, and explained how injunctive relief against New Mexico could be shaped to protect those interests, a position argued against by both attorneys from New Mexico and Colorado, co-defendants in the case.

New Mexico, pointing to the special master's report, told justices that they believe the Bureau of Reclamation has the authority to make a claim based upon reclamation law, or on law related to the water treaty with Mexico, but not as a principal in a lawsuit between states. Legal representatives from Colorado agreed with that argument.

Justice Steven Breyer was perhaps most direct in signaling his view of the question about federal intervention in the case.

"It seemed to me quite simple," Breyer told New Mexico's counsel in the case. "The Constitution foresees that they [the federal government] can intervene where there’s an interest. They have several interests. End of case, unless there is something that I don’t see."

Justice Elena Kagan agreed that the U.S. government has a significant interest in the case.

But not all the Justices were quick to agree. Other Justices, including Justice Roberts, said while the federal government has authority to file a reclamation claim or a claim based upon the treaty with Mexico, that is one issue, but wondered if the government legally has the authority to participate in a lawsuit between states as a principal in an argument about a compact made exclusively by two or more states.

"What difference does it make...if you are not entitled to raise this claim as a party, certainly you can participate as an amicus and make whatever arguments you want about how the compact should be properly construed, right?" Justice Roberts asked.

O'Connell says an amicus position does not grant the needed authority as a principal claimant, and the interests of the United States could be at risk unless they are allowed to participate fully in the litigation.

During his opening argument, Solicitor General of Texas, Scott Keller, told the court Texas believes the federal government can raise its own compact claims because the agreement creates a statutory duty for the U.S. to distribute water to Texas. But while he said he supports federal authority on that issue, he also warned that the State of Texas does not fully agree that the federal government has complete authority over all issues in the case, especially those that by law are the responsibility of the individual states involved in the dispute.

Some fear that if the U.S. Government is allowed to enter into a compact between states as a principal, something that has not happened before in a case involving a compact disagreement between two or more states, it could set a precedent that might influence future cases between states. In other words, while the argument of whether Texas is receiving their fair share of the water guaranteed by a tri-state compact seemed to be of less import during the opening session with the nation's top judges than the concern over allowing the U.S. government to participate as a principal, and what that might mean in federal courts in the years ahead.

According to some, this is the bigger question that deserves watching as this case unfolds.

After receiving 60 minutes of opening arguments, the Court agreed to review those comments and will notify the plaintiff and defendants when and how the case might move forward.