Crops Corner: Consider stalk nitrate tests where you have the best chance to gain useful information. 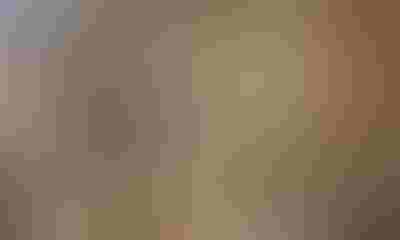 If you work with an agronomist, he or she may be asking you shortly if you want stalk nitrate testing done on your cornfields this year. Usually this involves the consultant pulling precise samples of cornstalks at the end of the season, drying them, bagging them and sending them to a lab for analysis. The agronomist will make money, at least for their time, but will you learn anything of value?

Overstreet: The stalk nitrate test is kind of like a postmortem test on your corn. It lets you know if you had enough nitrogen, or maybe if you had too much N applied this year.

One year of data may not tell you much, especially if you dealt with weather extremes, including too much or too little water. Stalk nitrate testing works best if you do it over a number of years so you can see patterns over time. I like conducting this test where manure was applied to get a better feel on if the nitrogen is being used efficiently.

Bultemeier: You get insight as to how efficient the crop was in utilizing nitrogen nutrients. Corn takes up nitrate during the season and stores it in the lower stalks. A properly conducted stalk nitrate test gives you an index of how much nitrate is left at the end of the season. Too much means excessive input costs, while too little means unrealized yield potential.

Flaningam: It’s an excellent tool for fine-tuning future N programs. Compare N rates applied to the field to your year-end stalk nitrate concentration. These tests are a type of report card for your N program. Cost of samples are minimal compared to the costs for soil sampling. My general feeling is that it would be money well spent in your farming operation.

Under the supervision of a CCA, a few years of plot work coupled with the results from the stalk nitrate testing can produce very valuable the information. However, if you just do the test once without investigating a range of nitrogen rates, there may be very limited value.