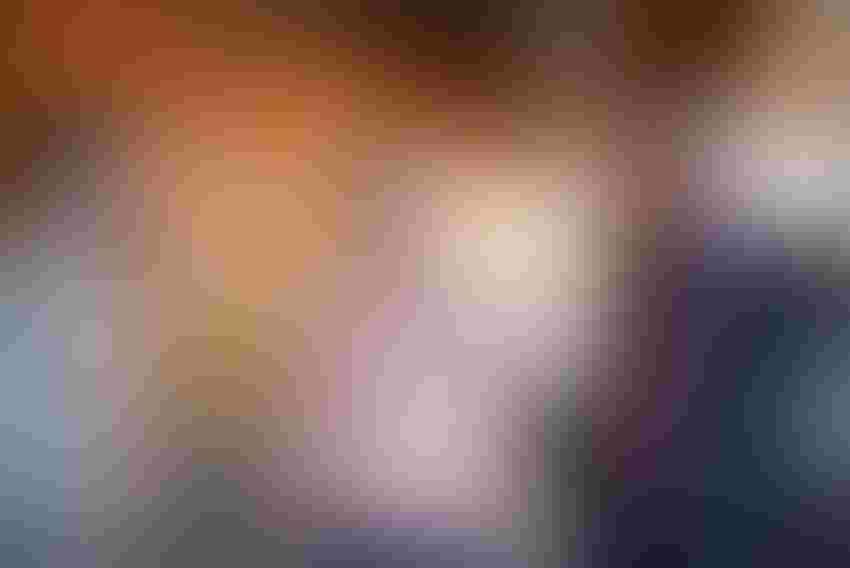 A stabilizing economy, the need for tweaks in the farm bill, and the importance of trade to the U.S. ag economy provided timely insights ahead of the next planting season for the more than 120 participants at the Rural Economic Outlook Conference, held Oct. 20, at Stillwater, Okla.

Keynote speakers at the conference, held each year on the Oklahoma State University campus, included Cortney Cowley, an economist in the Regional Affairs Department of the Federal Reserve Bank of Kansas City; Dr. Pat Westhoff, director of the Food and Agricultural Policy Research Institute, University of Missouri; and Dr. Luis Ribera, professor and director of the Center for North American Studies at Texas A&M University.

Cowley addressed the crowd about the economic conditions in the United States and Oklahoma.

“A lot of what we are seeing both in the U.S. and Oklahoma, more regionally, is moderate growth,” said Cowley. “Digging down more into some of the economic indicators, if we look at measures of gross domestic product (GDP), unemployment, employment growth and personal income, we’ve seen some weakness in 2015 and 2016 in Oklahoma but a lot of that has stabilized coming into 2017.

See stronger than expected prices round out year, http://bit.ly/2Al2WOc

While farm income is expected to remain low in both the nation and the District, like Oklahoma, Cowley noted recent signs of stabilization. She expressed concern about the agricultural credit conditions, which have continued to weaken, but noted that deterioration has slowed.

Westhoff focused on the farm bill, the context of the next farm debate and outlining some of the major issues in agriculture today. He also discussed how the current [commodity] programs might play out if they continue in the future and some of the changes people want to see in the next farm bill.

“Another set of folks want to see much, much bigger changes in the overall type of support that we provide agriculture, maybe by making major cuts to chief budgetary objectives or restructuring programs to achieve something different than we are achieving today.”

Westhoff said because cotton, a major commodity, was not included in the Agriculture Act of 2014 Agriculture Risk Coverage (ARC) and Price Loss Coverage (PLC) programs, there is talk about providing support to the cotton industry by creating a cottonseed program.

“They’ll make a payment if cottonseed prices fall below a trigger level,” Westhoff explained. “So, that’s one that’s been seriously discussed.

“It is far too early to know with confidence when the next farm bill will be passed and what it will say and if the President will sign it. To become law, the farm bill will need 218 votes in the House and 51 or (more likely) 60. That means a bill almost certainly will require bipartisan support to clear both chambers. If the President vetoes the bill, it requires a two-to-three vote in both the House and the Senate to override,” said Westhoff.

With about one-third of U.S. farm income generated from this nation’s export market, Ribera spoke about the importance of trade with other countries, including the North American Free Trade Agreement, NAFTA and its success in fulfilling its objectives.

“We depend on agricultural markets,” he said. “We need to maintain the markets that we have — and possibly expand them.” The U.S. is the largest agricultural exporter in the world, shipping $135 billion in commodities in 2016.

The U.S. has about 25 percent of the world’s gross domestic product (GDP), making trade with America of great interest to other countries, Ribera noted. “We have 350 million people [in the U.S.] with money, who control about 25 percent of the world economy, so there’s no question about why other countries want to get their products into the U.S. market.”

With all the discussion by the Trump administration about renegotiating NAFTA, Ribera said, it is important to point out that, if agriculture were the main issue, he thinks it would be easier to get an agreement done. But agriculture constitutes only about 7 percent of trade between the three countries.

“So basically, non-agriculture issues have dominated the NAFTA discussion,” he said.