Visual-only and metal eartags allowed while USDA pursues rulemaking on RFID use for animal disease traceability. 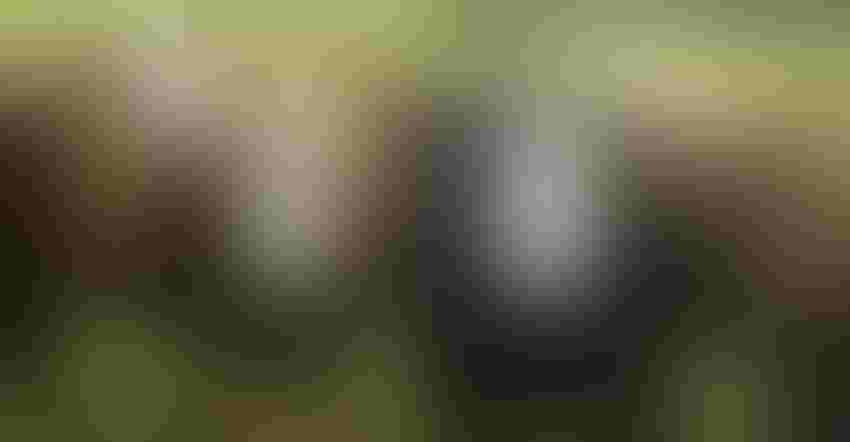 USDA’s Animal and Plant Health Inspection Service announced it would not implement its July 5, 2020 Federal Register Notice that would have required the use of radio frequency identification eartags on all adult cattle and bison moved in interstate commerce beginning January 1, 2023. While it begins official rulemaking, cattle producers can utilize traditional ear tags and brands as well as higher-cost technology such as RFID tags.

After reviewing 944 public comments on a July 2020 notice that proposed to approve RFID as the official eartag for use in interstate movement of cattle, APHIS says it has decided to use the rulemaking process for future action related to this proposal. This means that the original notice will not be finalized, and that all current APHIS-approved methods of identification may be used as official identification until further notice.

“APHIS continues to believe that RFID tags will provide the cattle industry with the best protection against the rapid spread of animal diseases and will therefore continue to encourage the use of RFID tags while rulemaking is pending,” according to an agency notice to stakeholders.

In July 2020, APHIS published a notice in the Federal Register proposing to define an “official eartag” under the 2013 Final Rule governing animal identification and traceability as being limited RFID eartags, thereby barring the use of traditional eartags used by most livestock producers.

Ethan Lane, National Cattlemen’s Beef Association’s vice president of government relations, says NCBA is supportive of USDA’s efforts to encourage disease traceability and RFID efforts. He appreciates USDA’s commitment to continue to pursue moving forward on implementing the adoption of RFID use and continuing to accommodate cattle producers’ concerns on how this can be done safely as well as protect data while still having the information necessary to lock down any outbreak threat.

Lane says a main question for NCBA is who’s going to pay for the transition to RFID if it becomes mandated, noting cattle producers shouldn’t be saddled with the cost of something the entire supply chain benefits from if implement.

Another important sticking point is how much data is needed to quickly identify a source of an outbreak. NCBA supports two basic data points, rather than as many as six, in order to not “over-provide information,” Lane explains.

He says it’s important to maintain the privacy of that data. “We don’t want to get into a situation where they’re creating a database which could end up being abused by countless groups that would love to shut down animal agriculture.”

R-CALF USA considered the announcement a victory to stop mandatory RFID. APHIS first tried to mandate the use of RFID eartags in April 2019. R-CALF USA, through its attorney Harriet Hageman of the New Civil Liberties Alliance, filed a lawsuit alleging that such mandate was unlawful. Within weeks, the agency withdrew its mandate.

It again tried to issue essentially the same mandate through its July 2020 notice, R-CALF notes. APHIS’s announcement confirms they will proceed by following the Administrative Procedure Act to make any changes to the 2013 Final Rule governing animal identification and traceability, R-CALF says.

“For far too long and far too often, administrative agencies have been ‘legislating by guidance,’ thereby avoiding the strictures of the APA, while imposing ever increasing mandates and requirements on the regulated public. That is exactly what USDA and APHIS tried to do in imposing an RFID mandate on cattle and bison producers via guidance.  NCLA has been aggressive in challenging such extra-legal actions,” NCLA says.

NCLA also filed comments in October of last year pointing out the illegality of what the agencies were attempting to do by circumventing the Federal Advisory Committee Act by excluding opponents of RFID eartags from USDA’s advisory committee. “If NCLA’s ongoing FACA lawsuit succeeds, USDA will not be able to use any of the recommendations or information obtained from the advisory committee in proposing a new RFID rule,” NCLA adds.

That lawsuit is pending in Wyoming’s federal district court.

R-CALF USA CEO Bill Bullard says the announcement is “good news for U.S. cattle producers as it means the impending threat of a costly RFID mandate is now removed, but we must not stop defending the rights of producers because it’s clear the agency fully intends to continue efforts to force this costly mandate upon America’s independent cattle producers,” he says.