Dairy Outlook: Economist says dairy farmers will receive some help, but it will still be a tough year. 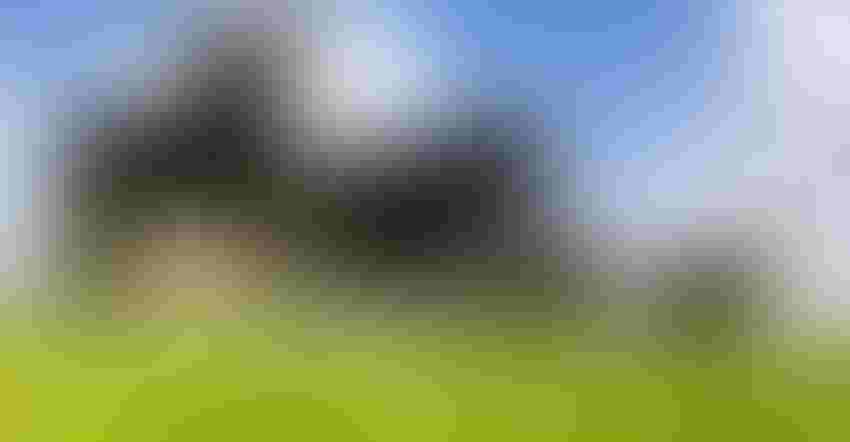 SOME HELP: According to Bob Cropp, University of Wisconsin-Madison dairy economist, dairy farmers who signed up for the Dairy Margin Protection program with a $9.50 protected margin will receive beneficial payments during these low milk prices. tilo/Getty Images

The sales of dairy products, especially cheese and butter, were seriously impacted with the spread of the coronavirus, says Bob Cropp, University of Wisconsin-Madison dairy economist.

“As people were advised to stay home in March, retail sales increased, as did takeout and home delivery from restaurants — but not nearly enough to offset reduced sales from restaurants and schools,” Cropp explains. “Dairy product prices tumbled. It has been estimated that there now is about 10% too much milk.”

Last October and November, the prices for butter, barrel cheese and block cheese all were above $2 per pound. Nonfat dry milk was $1.25 per pound, and dry whey was 35 cents per pound.

“Exports to Southeast Asia and the Middle East and North Africa had increased significantly,” Cropp says. “But exports may soften with COVID-19 disrupting supply distribution and a slowdown in world economies.”

Too much milk, meat

Milk production needs to decrease before milk prices show much improvement. “But reducing milk production as much as 10% takes time and will involve reducing cow numbers,” Cropp says.

Demand for red meat has been hit hard with the closing of restaurants and schools. “Slaughter plants are not seeking an increase in dairy cows,” he says. “Also, COVID-19 has sickened workers, and a few slaughtering plants have closed.”

USDA’s estimate of March milk production shows an increase rather than a decrease. Milk cow numbers increased by 5,000 from February to March, and are up 37,000 head since the end of last year. March cow numbers were 0.5% higher than last year. Milk per cow is also climbing, at 1.7% higher than last year — bringing the increase in total milk production to 2.2%.

“This is not good news for milk prices,” Cropp says. “Dairy expansion has been very prevalent in some states, with 10 of the top 24 states having more milk cows than a year ago.

“Milk prices will improve some in the second half of the year, but how much is uncertain.” Dairy futures show the Class III price reaching $14 by August and $15 by October.

“USDA’s latest price forecast is not very optimistic, with Class III averaging $12.75 for the year compared to $16.96 last year, and the all-milk price averaging $14.35 compared to $18.60 last year,” Cropp says. “But so much depends upon how fast the growth in milk production slows, when the economy opens back up and how well dairy exports do.”

According to Cropp, dairy farmers who signed up for the Dairy Margin Protection program with a $9.50 protected margin will receive beneficial payments during these low milk prices.

Dairy farmers will also receive direct payments under a $19 billion federal relief program, of which $2.9 billion is targeted for dairy farmers. In addition, USDA will spend $100 million per month purchasing dairy products to give to food banks, which have seen demand increase by 40% since March.

“Dairy purchases will add some strength to milk prices,” Cropp says. “None of these activities come close to completely offsetting the losses from low milk prices, but hopefully they will help carry dairy farmers through very difficult times until prices do return to profitable levels.”