Washington Winegrowers Association highlights efforts of those who promote the industry. 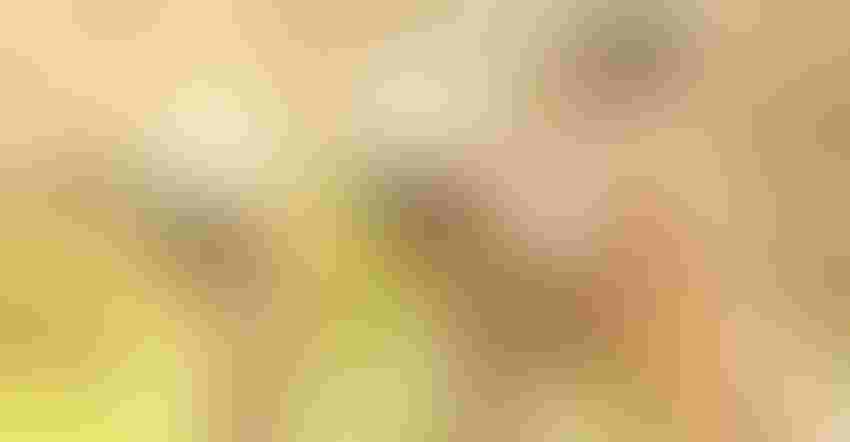 Major association events are a time to recognize those people who step up and go the extra distance for a group or industry. Recently, the Washington Winegrowers Association recognized achievements at its Leadership & Legacy Luncheon during the group’s Convention and Trade Show in Kennewick, Wash.

The group recognized members in a range of areas — Erick Hanson Memorial Winegrape Grower of the Year, Industry Service, Lifetime Achievement and the Grand Vin Award. Here’s a look at this year’s honorees:

Jim McFerran. Director of viticulture for Wyckoff Farms and Coventry Vale Winery, McFerran received the Erick Hanson Memorial Winegrape Grower of the Year Award. McFerran was recognized for demonstrated viticultural skills that provide impact “in the vineyard and in the bottle,” according to the association announcement. He started his career at Ste. Michelle in 1983 working in grower relations, and he provided a conduit to growers on contracting. He operated his own viticulture consulting company for many years and played a leadership role with Milbrandt before moving to his current position.

Rick Hamman. Hamman, a retired viticulture manager for Hogue Ranches, received the Industry Service Award for a lifetime of service in the grape and wine industry. Hamman has worked in the industry since the early 1980s. He was the first state viticulturist in the Colorado wine industry before moving to Washington. At Hogue Ranches, Hamman was responsible for the quality of 5,000-plus tons of winegrapes delivered to Hogue Cellars, Pacific Rim and Co., Wahluke Wine Co., Ste. Michelle, Thurston Wolfe Winery, Hedges Family Estate and Mercer Estate Winery. His industry involvement has spanned grower relations, technical advice, database management and vineyard research. He’s also served as chairman of the Wine Advisory Committee, the research arm of the Washington Wine Commission; and as chairman of the Washington Department of Ag grapevine advisory committee. He also sat on the Washington State Commission on Pesticide Registration.

Ted Baseler. The former president and CEO of Ste. Michelle Wine Estates, Baseler received the Lifetime Achievement Award to recognize his leadership building the state of Washington into one of the top wine-producing regions in the world. Baseler started his career at St. Michelle in 1984 as director of marketing, eventually becoming chief operating officer before being named president and CEO in 2001. Baseler has been recognized by his peers on Vineyard and Winery Management’s list of “20 Most Admired People in the North American Wine Industry.” His other awards include the Executive Excellence Award from Seattle Business and a lifetime achievement award from Southern Wine & Spirits of America. He served as chair of the Washington Wine Commission, chair of the Wine Market Council, and board member the Washington Wine Institute. He was appointed by the governor to the Washington State University Board of Regents; and along with his advocacy and leadership, Baseler helped fund and build the enology and viticulture infrastructure at WSU.

Charlie Hoppes. Hoppes, owner and winemaker at Fidelitas, was awarded the Grand Vin Award for making a significant impact in the winery, on wine and on branding. Hoppes got his start in the wine industry in the 1980s and first worked at the Snoqualmie/Langguth winery. Later he joined the wine-making team at Chateau Ste. Michelle’s newest facility at the time, Canoe Ridge. During his time at Chateau Ste. Michelle, he worked with the Antinori family on the initial vintages of Col Solare. In 2007, he and his family bought land in the Red Mountain American Viticultural Area and planted a small vineyard. Hoppes continues to serve as a consulting winemaker to many wineries throughout the state, ensuring his legacy in the quality of Washington wine.

Source: Washington Winegrowers Association. The source is solely responsible for the information provided and is wholly owned by the source. Informa Business Media and all its subsidiaries are not responsible for any of the content contained in this information asset.