Lentils are legumes that grow in pods on a bushy plant, and as legumes, they are high in nitrogen, which would benefit the following wheat crop, Kimura said. 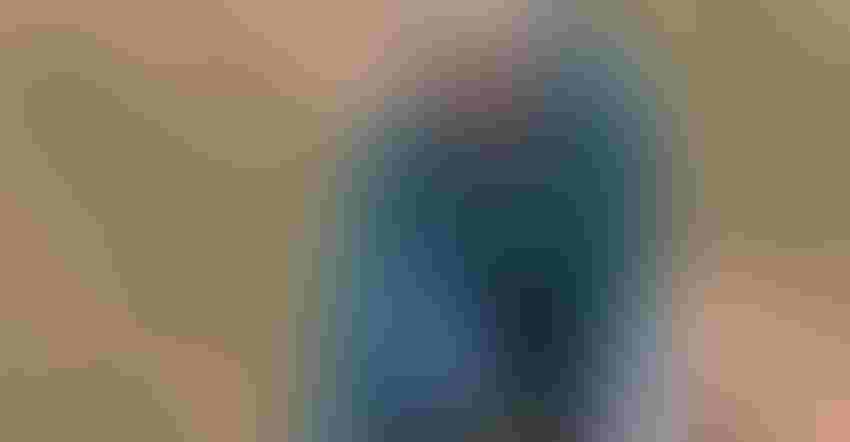 Winter lentils may be just what the doctor ordered to perk up the Rolling Plains wheat crop.

Lentils are legumes that grow in pods on a bushy plant, and as legumes, they are high in nitrogen, which would benefit the following wheat crop, Kimura said.

She has initiated a winter lentil-winter wheat crop rotation trial with funding provided by Texas Wheat Producers Board to see if this is valuable production option.

While lentil is typically planted in the spring in the Northern Plains, Kimura said concerns that they might not survive the Rolling Plains summer prompted her to use the fall-sown variety Morton.

Kimura said she applied insecticide March 30 as a growing aphid population was observed, especially in canola and a few in winter lentil. No fertilizer or extra water was applied to the plot.

“In our first year, we saw some positive attributes of winter lentil in the Rolling Plains, including excellent winter survival, grain production and forage potential,” she said.

Although the winter lentil was slow to fill in the rows in the fall as compared to the wheat and canola, Kimura said the lentil crop did not suffer from cold temperatures during the winter months.

She said seeding rate is an important factor on the final yield. To help determine appropriate seeding rates in the Rolling Plains, she conducted a seeding rate trial – 20, 30, 40 and 50 pounds per acre – along with the crop rotation trial during the 2016-2017 growing season.

“We found that a seeding rate at 40 pounds per acre, among the four seeding rates examined, produced the highest yield of 20 bushels per acre,” Kimura said.

This yield is similar to average U.S. lentil yields for the past 10 years, she said. The current seeding cost is $26 per acre with the 40-pounds-per-acre seeding rate.

“We do not have a lentil market yet in Texas,” Kimura said. “However, if we continue to work on winter lentil production and accumulate enough data, I believe the market will come.”

In the past two years, lentil production has gone from about 300,000 acres nationwide to almost 1 million acres in 2016, according to the U.S. Department of Agriculture National Agricultural Statistics Service.

She said the lentil crop also produced a harvestable amount of crop residue after combining grain. Crop residues observed for lentil, wheat and canola were 1,154 pounds per acre, 736 pounds per acre and 0 pounds per acre of dry matter, respectively. She said canola leaves hard, woody stubble not suitable for cattle.

Other production information and best management practices Kimura hopes to determine during these trials include disease and insect information, variety selection, nodulation, planting dates and fertility, she said.

Inclusion of lentil in winter wheat-winter canola rotation systems increased the yield of both wheat and canola and reduced nitrogen requirements for the wheat by about 38 pounds per acre in the Northern Plains, she said.

“We are examining to see whether similar effects will occur to our wheat here in the Rolling Plains,” Kimura said.

She said a 12-year study conducted in Saskatchewan, Canada also indicated the protein contents of wheat were greater in the winter wheat-winter lentil crop rotation systems than continuous wheat production.

Another expected benefit of this rotation, Kimura said, is the nitrogen fertilizer requirement can be gradually reduced compared to the fallow-winter wheat system as a result of the increased rate of net nitrogen in the root zone of wheat due to the legume.

“We believe lentil will not only add a beneficial cash crop to the rotation, but it also will greatly contribute to reducing environmental footprints,” Kimura said.