&bull; Perhaps the most drastic changes among the tobacco cooperatives has been made by the Burley Stabilization Corporation (BSC), which served Tennessee, North Carolina and Virginia.&bull; In 2010, it moved its headquarters 200 miles to get closer to its primary production area, and it has implemented an aggressive new contracting and marketing program. 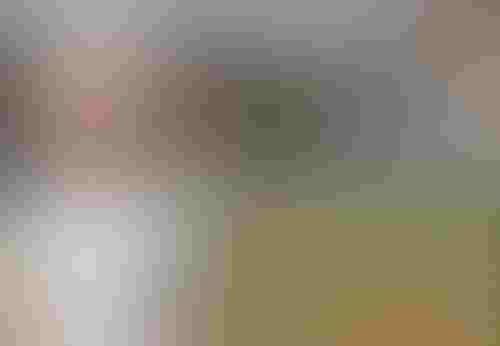 The role of the tobacco grower cooperatives that formerly administered the tobacco price support program has changed drastically since 2004.

It had to: the price support program was ended after that season, and the cooperatives had to find new services to offer to their members.

Perhaps the most drastic changes among the cooperatives has been made by the Burley Stabilization Corporation (BSC), which served Tennessee, North Carolina and Virginia. In 2010, it moved its headquarters 200 miles to get closer to its primary production area, and it has implemented an aggressive new contracting and marketing program.

“The geographic distribution of burley production in the three states we traditionally served changed after the buyout,” Daniel Green, BSC chief executive officer said. “It seemed wise to put our operational headquarters in middle Tennessee where it would be in closer proximity to the chief burley producing area.”

The Burley Stabilization Corporation had been located in Knoxville, Tenn., from 1953 to 2004. It was a satisfactory location for most of that time. But after deregulation, it was soon clear that plantings were going to shift, probably north and west of Knoxville.

Springfield, where the cooperative already owned some storage facilities, proved to be the best choice. But the cooperative also obtained a warehouse in Greeneville in eastern Tennessee to continue to serve its members there and in neighboring North Carolina and Virginia.

Because tobacco farmers in those areas typically grow on a relatively small scale, Green predicted the Greeneville facility will receive 35 percent of the pounds delivered from this crop, but will serve 60 percent of the growers. “We are expecting about 600 growers to deliver tobacco to that facility.”

Over the past two years, BSC has also significantly increased its operations in Kentucky. Of the four states now served by BSC, Green said that Tennessee growers would account for around 50 percent of the pounds, while Kentucky would account for 35 percent and North Carolina and Virginia would account for the rest.

After the buyout, BSC leaders wanted the cooperative to expand its program by marketing pounds for growers. It seemed to them, as to other farmers associated with cooperatives, that there was going to be an obvious source of supply once the system converted from quotas to contracts.

The buying companies were going to want 100 percent of the amount of burley they contracted for. Additionally, some companies needed larger quantities of certain stalk positions or styles of burley, but could not justify contracting for the entire stalk to get it.

Farmers, meanwhile, fearful that they might not produce average yields, were certain to plant at least a little more acreage than they expected to need.

If they then in fact had a good year, they might produce a lot more than contracted and need a way to market it.

“We saw the opportunity to offer our growers a certain market for their tobacco, while providing U.S. burley customers with a stable supply,” said Green. “Our contracting program is based on fair and consistent treatment of growers and results in high quality, clean burley tobacco that is produced using good agricultural practices.”

The Tennessee-based cooperative contracted with more than 1,000 growers to produce 15 million pounds of burley this year.

BSC held its annual meeting in September in Springfield, and members of the cooperative learned that burley yields in the region need to improve —in a hurry — if the crop is to remain a viable enterprise.

When burley production was deregulated after the 2004 season, agronomists predicted that the average yield across the belt would soon improve. Why? Because a lot of marginal land seemed certain to go out of burley production, and they reasoned, therefore, that the yield per acre on the land left in production would likely increase.

“Trends for burley have been disappointing,” said Kentucky Extension Tobacco Economist Will Snell at the meeting. “The loss of marginal growers hasn’t lead to increased yield.”

It is crucial that solutions be found, because farmers who want to stay in burley over the long-term must find some way to produce more pounds per acre, said Snell. “There is no profit in growing burley tobacco if your yield is below 2,000 pounds per acre.”

But that will mean many unprofitable burley operations in 2011, because the average yield for the season will most likely fall well below a ton per acre.

In September, USDA projected national burley yield at 1,890 pounds per acre. If that proves correct, production should be about 170 million pounds more or less, which would be roughly nine percent less than in 2010. Acreage was down about eight percent.

On the positive side, the burley crop in the field looked quite good as harvest drew to a close in September, said Paul Denton, Kentucky/Tennessee Extension specialist, who also spoke at the BSC meeting and to Southeast Farm Press in a subsequent interview.

For instance, he revisited burley fields near Greeneville, Tenn., in late September. “This tobacco had not looked promising when I saw it back in mid-August,” he said. “But as it was being harvested, it looked like it might yield 2,400 pounds per acre.” That would be very good for this season.

The crop in east Tennessee really benefited from late rains and looked a lot better than it had the month before. “Farmers were beginning to worry about frost and cool curing temperatures for the later crop after the cooler temperatures of the weekend of Oct. 1-2,” Denton said.