Disappearing native is like an environmental Swiss Army knife. 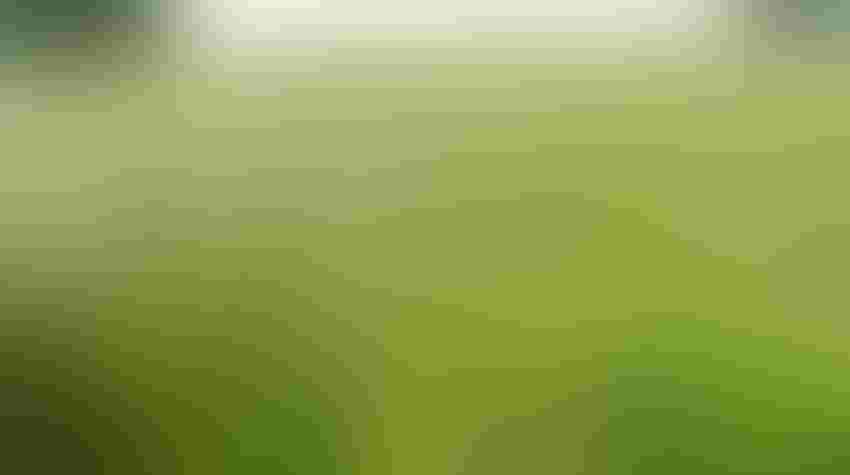 Purple needlegrass, pictured here in the foreground, once dominated the state's grasslands. Today, California has lost most of its grasslands, and the needlegrass occupies only one tenth of what remains.Loralee Larios/UC Riverside

Though it is disappearing, California's official state grass has the ability to live for 100 years or more. New research demonstrates that sheep and cattle can help it achieve that longevity.

Purple needlegrass once dominated the state's grasslands, serving as food for Native Americans and for more than 330 terrestrial creatures. Today, California has lost most of its grasslands, and the needlegrass occupies only one tenth of what remains.

It is drought resistant, promotes the health of native wildflowers by attracting beneficial root fungi, burns more slowly than non-native grasses and speeds the postfire recovery of burned lands. For these and other reasons, many who work toward habitat restoration hope to preserve the needlegrass.

“Where it grows, these tall, slender bunches become focal points, beautiful as well as environmentally beneficial,” said Loralee Larios, a UC Riverside plant ecologist affiliated with UC Agriculture and Natural Resources. “However, identifying successful management strategies for a species that can live for a couple hundred years is challenging.”

To meet that challenge, Larios teamed up with University of Oregon plant ecologist Lauren Hallett and Northern California's East Bay Regional Park District. They tracked the health of nearly 5,000 individual needlegrass clumps over six years, including an El Niño rain year as well as historic drought.

The researchers took measurements of plant health including growth and seed production. They placed small bags over many of the grass clumps to capture the seeds and quantify the number of seeds they produced.

Their findings, now published in the Journal of Applied Ecology, were that purple needlegrass did better in places where sheep were allowed to graze. The positive effects of the grazing were amplified in times of wetter weather.

Previously, the park district spent a decade trying to assess the success of its grassland maintenance techniques. However, the district's method of applying a strategy like grazing, and then measuring the percentage of needlegrass clumps in a given area resulted in data that didn't follow a discernable pattern from year to year.

“By tracking each plant over time, rather than scanning broadly across an area, we gained much more clarity about how the grass responds to the grazing,” Larios explained. “Perhaps counterintuitively, we saw that the needlegrass generally died back when sheep weren't allowed to graze on it.”

When sheep were removed from the study sites, the needlegrass in all but two of the sites became less healthy. The researchers would like to learn whether the two sites that remained healthy have needlegrasses that are genetically distinct.

Grazing is a controversial strategy for grassland restoration. Some conservationists believe sheep eating the target grass, particularly during already stressful drought years, does not enhance their survival. As far back as the 1800s, some researchers hypothesized that the combination of grazing and drought resulted in the loss of perennial grasses.

Though drought was not beneficial for any of the plants in this study, the researchers believe grazing helped needlegrass survive in at least two ways. One, by trampling on leaf litter and other organic debris, sheep created space for new needlegrass to grow.

“Sometimes you get litter that's as deep as a pencil — so much dead, non-native grass piles up. It's hard for a little seed to get enough light through all of that,” Larios said.

When the Spanish colonized California, they brought forage grasses like wild oats that they thought would benefit cattle. Those introduced grasses spread, and now dominate the state's grasslands.

“Our grasslands are known as one of the world's biggest biological invasions,” Larios said.

California has as many as 25 million acres of grasslands, equivalent to the combined areas of Massachusetts, Connecticut, and Rhode Island. Though Larios does not believe it is possible to rid the state of all non-native grasses, she said it is possible to maintain or even increase the amount of purple needlegrass.

“It's great for carbon storage, which mitigates climate change, it doesn't serve as wildfire fuel, and cultivates a space for wildflowers that pollinators are then able to use,” Larios said. “We want to keep all those benefits.”