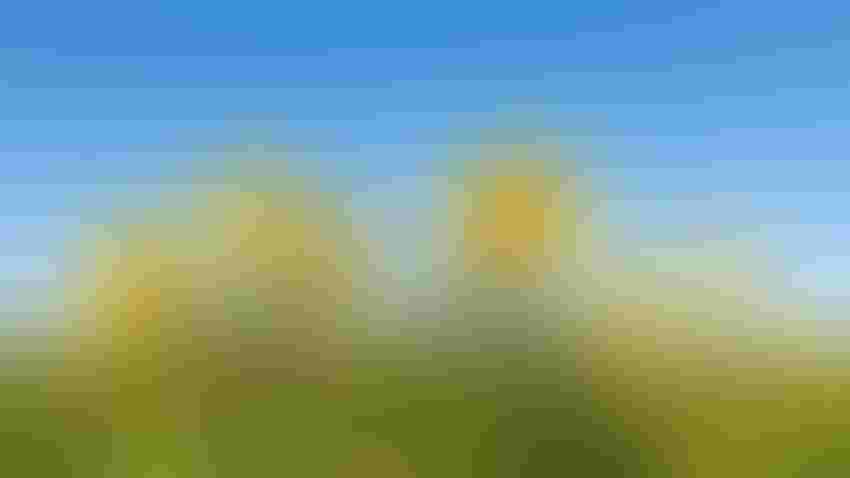 A SURVIVOR: Severe to extreme drought conditions reduced sunflower yields across the region in 2021, but production is expected to rebound to record highs this season.Mike Powles/Getty Images

North Dakota regained its status as the leading sunflower producing state during 2022, with total production of 1.34 billion pounds, an increase of 76% from 2021. Compared with 2021, planted area in North Dakota increased 45% and yield increased 340 pounds to 1,921 pounds per acre.

USDA estimated domestic production of oil-type sunflower varieties at 2.57 billion pounds, representing an increase of 48% from 2021. Harvested acres were up 30% and the average yield increased by 216 pounds to 1,739 pounds per acre and represents the second-highest yield on record for the U.S.

The average yield increased by 278 pounds from 2021 to a record-high 1,880 pounds per acre. The 2022 average yield for confection sunflower varieties in California, North Dakota and Texas were records.

The grain stocks report was in line with trade expectations for both crops, while the sunflower market has been following the trend of stronger oil values.

Oil stocks are tighter than a year ago. Concerns for palm oil production this year exist due to pandemic-related labor shortages reducing overall production. This scenario looks promising for high oil-content seeds such as sunflower.

The main market mover from April onward will be USDA's March Prospective Plantings report. Trade expectations about planted acreage will likely be in a wide range, but it seems reasonable to expect corn and soybean acreage to increase and spring wheat to show a decrease over 2022 levels.

New-crop sunflower prices are penciling out well, as crushers and confection processors are out with attractive 2023 production contracts. Another consideration is sunflower contracts contain an Act-of-God clause, which locks in a profitable price and reduces some risk.

Sandbakken and is the executive director of the National Sunflower Association. He writes from Mandan, N.D.