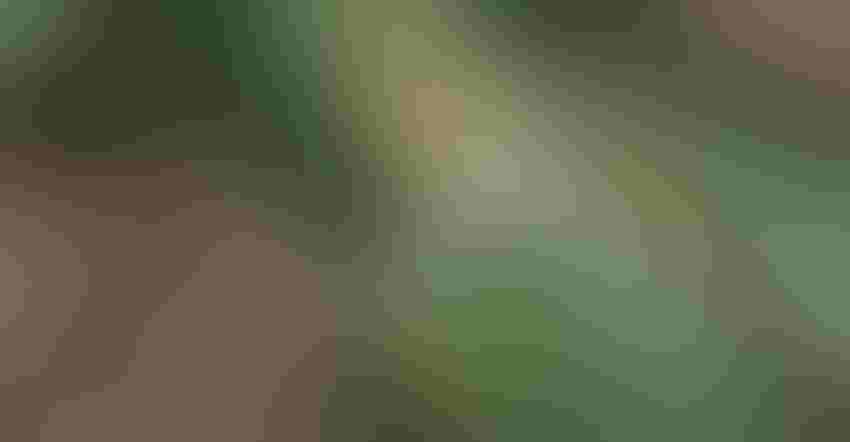 While there’s no reason for alarm, a pair of Kansas Extension agents are at least urging the state’s sorghum producers to be on the lookout for a couple of pests that have recently shown up in this year’s crop.

The sorghum midge and the sorghum aphid (formerly known as the sugarcane aphid) have the potential to cause destruction in sorghum if not kept in check.

Anthony Zukoff, coordinator of the Insect Diagnostics Program at Kansas State University’s Southwest Research and Extension Center in Garden City, says the sorghum midge was recently found in the southwest part of the state.

If not for the destruction it causes, the midge is a remarkable insect. The adult lifespan of the fragile, reddish-orange fly is a mere 24 to 48 hours, but during that time females can lay between 50 and 120 eggs — to the detriment of sorghum plants.

“Heads with severe midge damage take on an overall flattened appearance, with blank areas,” Zukoff says. “These blank areas are where midge larva feed within the developing seeds and completely consume them.”

Zukoff says sorghum is only susceptible to midge damage during the bloom period, when flowers are bright yellow. Female midges fly to blooming sorghum and crawl over seed heads, depositing eggs in the open flowers.

“Once the flowers take on a brownish, rusty color, they are not attractive to females and are no longer able to be infested,” Zukoff says. “Adult midges do not damage sorghum; all yield loss is due to the larvae.”

Historically in Kansas, the midge has been considered a minor pest confined to the southeast part of the state, according to Zukoff. Kansas producers have never actively treated fields for the pest.

“However, between 2017 and 2021, there were reports of large infestations resulting in significant losses in southwest and southeast Kansas,” Zukoff says. “So far, there is no clear pattern to these events, and locations that experienced losses one year have not necessarily ended up with problems in the years following.”

Zukoff noted there are no treatment or threshold recommendations for sorghum midge in Kansas, though “states south of us recommend treatment at [a threshold] as little as one midge per sorghum head.”

“There are a variety of treatment options in those states, but cultural practices are shown to help reduce losses from this pest, including planting early in the season,” so that fields are blooming before mid-August.

Meanwhile, near Ellsworth, Kan., Midway Extension District agricultural agent Craig Dinkel reported a single case of the sorghum aphid (previously called the sugarcane aphid) in a farmer’s sorghum crop last week. Since then, some isolated cases have been found in other parts of Kansas, including Pottawatomie and Sedgwick counties.

Even so, Dinkel says, “I am not foreseeing the sorghum aphid to be a widespread infestation this year.” He noted he has “checked multiple fields” and found just the one infestation.

“Right now, producers should just be monitoring their milo fields for the sorghum aphids, knowing what varieties they have planted,” Dinkel says. “Many seed companies have bred tolerance into milo, but still some varieties — like the one I checked — are susceptible to the aphids.”

He adds: “Patience is key. If producers find sorghum aphids in a field, it doesn’t mean they will become a problem to spray for. Our beneficial insects have adapted to the sorghum aphids and have controlled them very well.”

Jeff Whitworth, K-State crop entomologist, explains that sorghum aphids are a subtropical or tropical aphid, which means they develop well in warmer and more humid conditions. The recent spell of warm and hot temperatures, combined with more humidity in parts of the state, has been conducive to their development in parts of the state.

“Our winter weather has been too cold for these aphids to successfully overwinter,” he continues. “That is one of the reasons we have seen these aphids migrate into the state on south winds, starting anywhere from mid-July and still in early October.”

As for the reports from Ellsworth County, in the central part of the state, Whitworth says every year since 2014, these aphids have migrated into the state in a general south to north pattern. But since about 2018, they have not been as large or as widespread of a problem as they were from 2015 to 2017, he adds.

“These aphid colonies are started by a winged female that is blown in on a southern wind, lands on a sorghum leaf and is not immediately eaten or paralyzed by a beneficial insect,” he explains. That winged female starts producing female nymphs that mature in a few days, multiplying quickly in a field. The good news is that beneficial insects may handle the problem colony if they have a chance, which is why farmers may not want to be too quick to make an insecticide application, he cautions.

The best advice? Be scouting sorghum fields regularly for both pests and beneficials that may control them. And, for more management options, see the 2022 KSU Sorghum Insect Management Guide; visit bookstore.ksre.ksu.edu/sorghuminsects.

Source: Kansas State Research and Extension is solely responsible for the information provided and is wholly owned by the source. Informa Business Media and all its subsidiaries are not responsible for any of the content contained in this information asset.